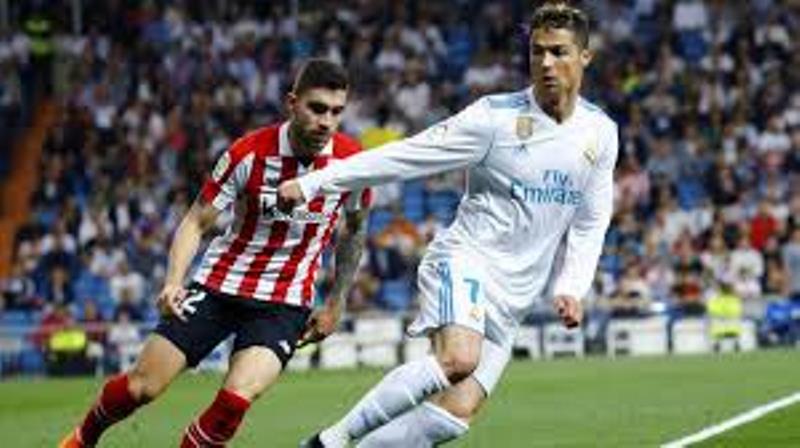 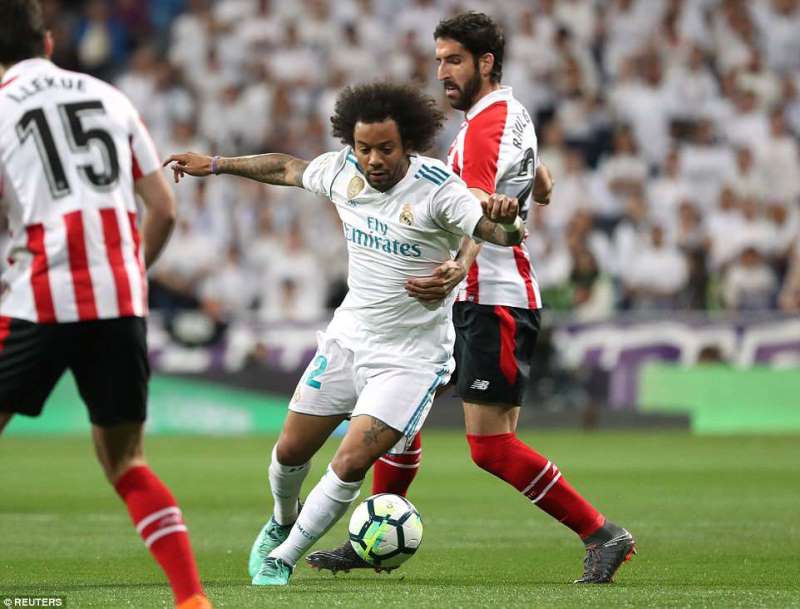 Real Madrid may the favourites for the Champions League but a 1-1 draw against Athletic Bilbao on Wednesday will hardly have struck fear into Bayern Munich.

Zinedine Zidane’s side started complacently at the Santiago Bernabeu and ended frantically, with Cristiano Ronaldo’s 87th-minute equaliser cancelling out a delightful early chip from Athletic’s Inaki Williams in between.

Barcelona’s commanding lead at the top of La Liga, which now stands at 12 points over Atletico Madrid and 15 on Real, means these matches carry reduced significance and inevitably lack a certain edge.

But Zidane may at least be concerned by a loss of momentum, particularly given this side is likely to be very close to the one that starts the semi-final first leg at the Allianz Arena in a week’s time.

Real have managed to hit a different gear in the Champions League knock-out stages but this draw means they have now won only once in their last four matches, having strung together 11 victories from their previous 12.

“The result wasn’t what we wanted today and mentally also, we were a little off,” Zidane said. “What we have to do is rest, we have five days before the game on Wednesday, we will prepare well and then we will give everything. We have a semi-final and we will fight to the death to defend our title.”

Ronaldo’s late flick was his 22nd goal in 12 games and with the Portuguese in this sort of form, almost any performance can be salvaged.

But Real’s night was better summed up by one moment in the second half when Sergio Ramos repeatedly failed to clear and then turned to face the crowd’s jeers with his arms outstretched. The jeers grew louder.

If the Real team that faced Malaga on Sunday was aimed at resting players ahead of Bayern, this looked more like a dress rehearsal.

Ronaldo, Luka Modric, Toni Kroos, Raphael Varane and Marcelo all returned but there was no place for Gareth Bale, who had also been left out against Malaga. His preserved energy was deemed only valuable enough for 30 minutes off the bench.

“There is no problem with Gareth,” Zidane said. “I have 25 players and I have to be attentive to everyone, Bale is one of them. There are others who play and do well too.”

Despite the strong picks, Real were sloppy from the outset, full of heavy touches and misplaced passes while Athletic delivered an early warning for what was to come when Mikel San Jose skipped in behind but was denied by Keylor Navas.

Ronaldo’s bullet header rattled the bar from a Dani Carvajal cross but Athletic were slipping through Real’s midfield with ease and in the 14th minute they took the lead.

Inigo Cordoba received the ball on the half turn and with nobody near him, threaded the ball inside Ramos. Williams was onto it in a flash before lifting an expert finish over Navas.

Real improved as the half wore on but the biggest cheer came from a passage of individual brilliance from Marco Asensio. He chased the ball down in the corner, then slalomed past three Athletic defenders. Only the right hand of Kepa prevented a stunning goal.

Ronaldo was unlucky not to be awarded a penalty midway through the second half after being bundled over by Unai Nunez but Real were even luckier not to fall two behind moments later, when Cordoba’s finish at the back post hit Carvajal and Raul Garcia’s follow-up struck the bar.

Bale and Isco came on with just over 20 minutes left, the latter receiving the warmer welcome, but it was not until the 87th minute that Real finally found an equaliser.

Modric’s shot from 25 yards was helped into the corner by a Ronaldo flick. Real will surely be better against Bayern. – Agence France-Presse