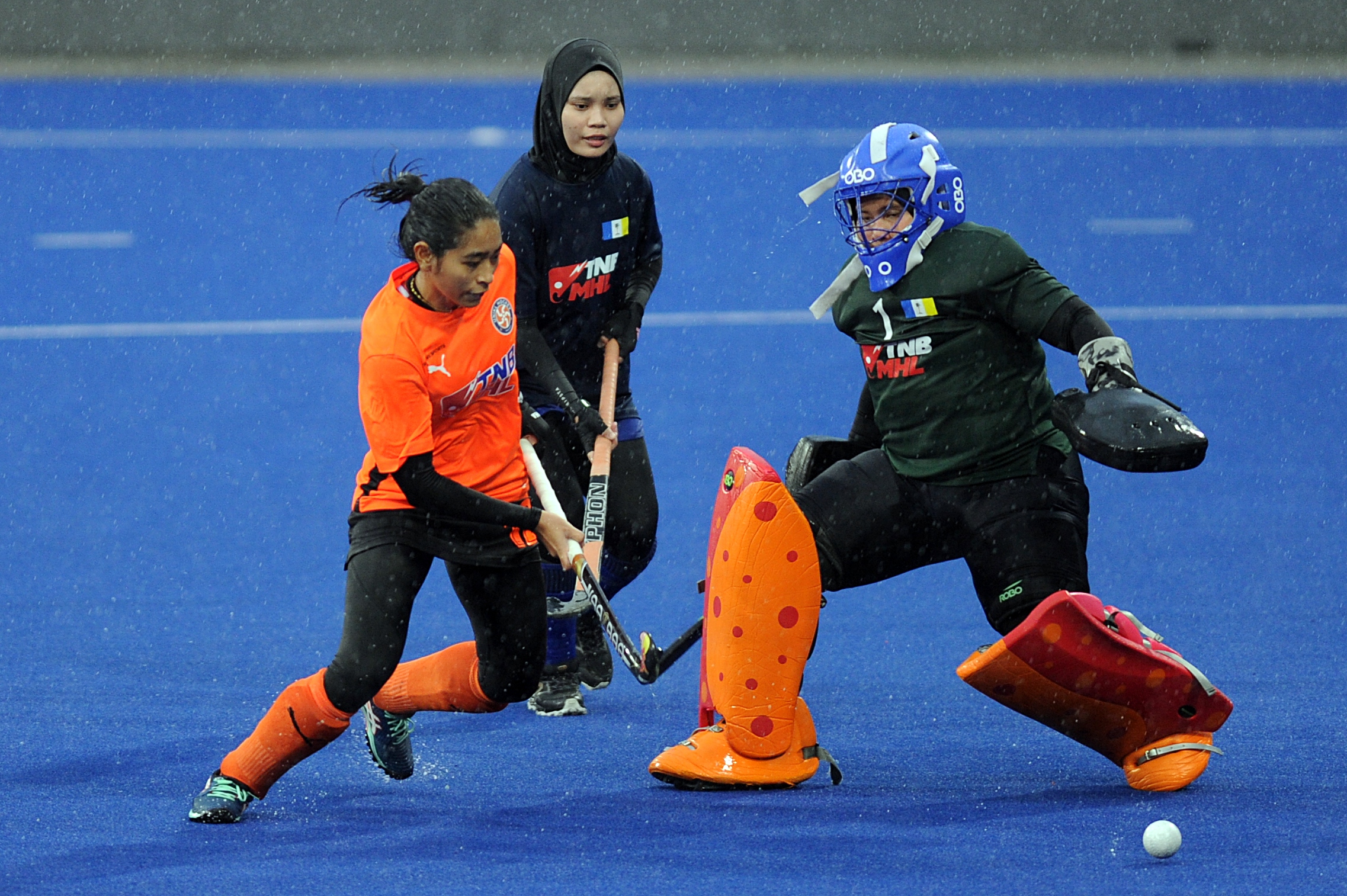 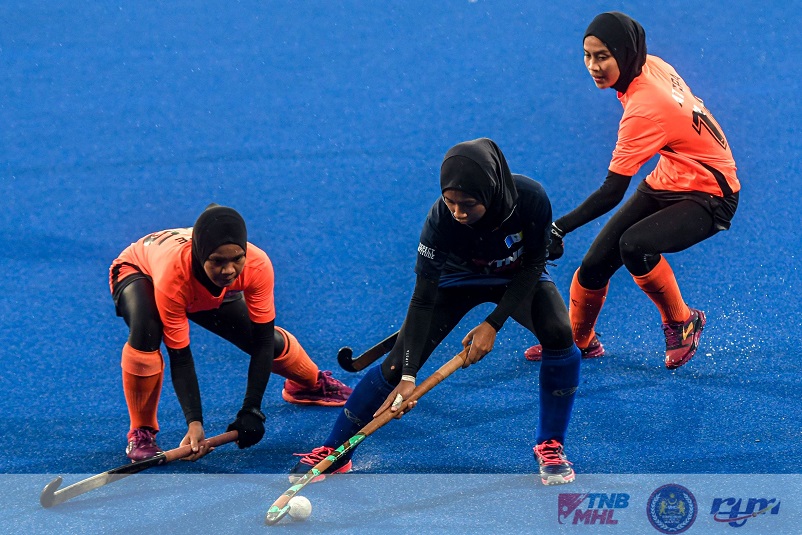 The heavy shower was a good omen for debutants Universiti Kuala Lumpur (UniKL) Ladies team as they humbled a hapless Mutiara Juniors 17-0 in the opening match of the Women’s Malaysia Hockey League (MHL) at the National Hockey Stadium in Bukit Jalil.

Powered by seven internationals, UniKL Ladies went on the offensive to score the biggest margin win on the first day of the league. The young Penang squad, competing in their first big league of their lives, could not match the speed and experience of UniKL Ladies.

Skipper Nuraini Abdul Rashid (2nd, 5th and 56th minutes) and four-time top scorer Hanis Nadiah Onn (29th, 44th, 54th) were in top form as they each scored a hat trick. Hanis, 25, who was named Asia’s Most Promising Woman Player in 2016, has a personal mission of scoring as many goals in the league to take UniKL Ladies to the top.

The match was more off a warm-up session for UniKL Ladies as they gear up to the task ahead against former champions Blue Warriors on Wednesday at the same venue.

UniKL Ladies coach Roslan Jamaluddin said that the rain had affected their momentum as the match was delayed by 30 minutes.

“It was raining throughout the match and this had caused us to lose our momentum. We created a lot chances against Mutiara Juniors. We knew that we will not have much problem getting past them. The score line could have been higher but out aim was for the players to get their rhythm. Nevertheless, it was a good start for us as most of the players had scored,” he added.

“We needed a big win to give us the motivation for our next match against the Blue Warriors. Every match is crucial for us,” he added, Mutiara Juniors went into deep defence for most of the four quarters to keep the marauding UniKL attacking machinery at bay.

On the opposite end, they had only one penalty corner opportunity. Mutiara Juniors, however, should not despair in defeat as coach Ismail Othman’s young and inexperienced players are a determined lot who had weathered the storm against a formidable opposition.

They showed glimpses of brilliance on some moments and can only get better in every match, and are capable of rising to the top one day.

In other opening day matches, defending champion PKS Uniten-KPT and Blue Warriors played to a 2-2 draw while Sabah got off on a winning note following a 2-1 win over Young Tigress 2-1.