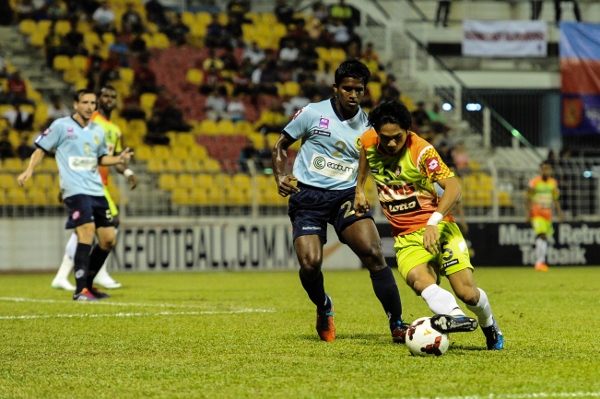 SUPER LEAGUE outfit PKNS FC will have some new additions to their present squad when the second transfer window opens next month and topping the list are flankers.

Coach Wan Jamak Wan Hassan told sports247.my he has already identified one but is not willing to reveal the name just yet.

“This player has no experience playing in the M-League but he has a bright future in his football career. I will groom him and develop his football skills…he is a natural flanker,” said Wan Jamak.

“I found him during the MOF (Ministry of Finance) tournament and I see a lot of potential in him. He may not be able to find a first team place in the present squad but it is only a matter of time.

“I admit it will be difficult to get ‘ready-made’ flankers with experience during the transfer window as most of the better football players have already been signed up by the teams when the new season began.”

Yesterday PKNS played Premier League’s Darul Takzim II in a friendly at the Pasir Gudang Stadium. The match ended in a 2-2 draw.

They will play another two matches during their stay in Johor Baru – against PTP (today) and UiTM on Saturday.

After five matches PKNS are eighth in the 12-team Super League with two wins, one draw and two defeats. In the FA Cup competition, PKNS were knocked out by defending champions Kelantan 6-5 on aggregate in the two legged quarterfinals.

PKNS lost the first leg in Kota Baru 3-2 while the return leg at the Selayang Stadium ended in a 3-3 draw.

The Selangor club resume their league campaign on March 8 with an away match against Perak in Ipoh.

Wan Jamak has been given a top five finish target in the league but the former national coach said “it is still too early in the season” to pick the contenders.

“You will be able to know when the second round of matches begin,” concluded Wan Jamak.