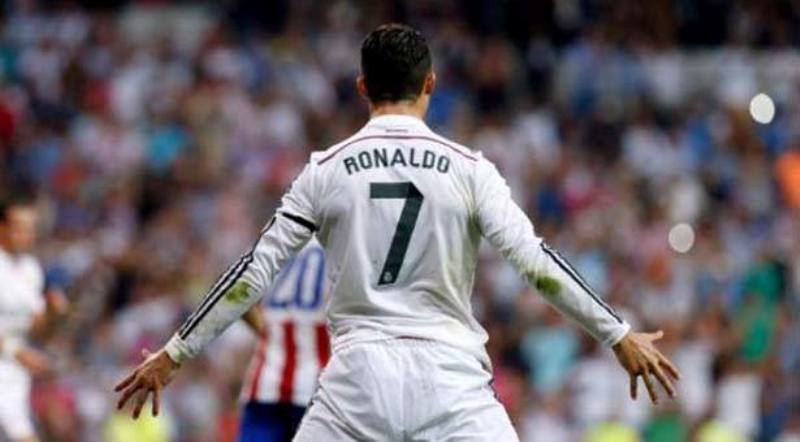 Cristiano Ronaldo has another chance to move ahead of Raul as Real Madrid’s top goalscorer of all time on enemy territory as Los Blancos make the daunting trip to take on Athletic Bilbao on Wednesday.

Ronaldo is just two goals off matching Raul Gonzalez Blanco’s record mark of 323 and has been described as Madrid’s only “unquestionable” player by coach Rafael Benitez despite the star names amongst his squad.

Benitez will have to do without Gareth Bale, James Rodriguez and Sergio Ramos for the visit to the Basque Country so Lucas Vazquez, Jese Rodriguez and Casemiro will battle for a place in the starting line-up.

“We have one player who is unquestionable and that is Cristiano,” Benitez said on Tuesday.

“From there we have very good footballers and we will evaluate who is in better or worse shape. It is not just a question of training sessions, but the quality, power and experience of the player.

“I wouldn’t say it is an acid test, but they are difficult opponents. Real Madrid lost there last year and it will be important to be concentrated and play with as much intensity as they do.”

Athletic have proven their ability to perform on the big occasion as they beat Barcelona 5-1 on aggregate to win the Spanish Super Cup at the start of the campaign.

However, they have taken just three points from their opening four league games as a side shorn of the rested Raul Garcia and Aritz Aduriz were beaten 3-1 by Villarreal on Sunday.

“We haven’t started well. Three points in the league isn’t enough and it is the league that tells you whether you are playing well or not,” said Athletic coach Ernesto Valverde.

“I know what is coming now with Madrid, but we need to win.”

League leaders Barca also face a tough task to maintain their perfect start to the campaign when they travel to unbeaten Celta Vigo on Wednesday.

Barca will be back close to full strength as Gerard Pique is available for the first time in La Liga this season after serving a four-game ban, while Andres Iniesta and Luis Suarez will return after being rested for Sunday’s 4-1 win over Levante.

However, they will face a Celta side full of confidence after a 2-1 win away at Sevilla moved them up to fourth.

“I expect an extremely difficult game due to the characteristics of the opponent, the form they are in and how they have won their points. It will be an attractive and interesting game for us,” said Barca coach Luis Enrique about his former club.

“Last season it was very difficult for us to win there. This year they have had a great transfer window and haven’t just had good results, but have done so playing in an attractive way.”

Atletico Madrid could move to the top of the table for 24 hours at least when they host Getafe in a Madrid derby at the Vicente Calderon on Tuesday.

Los Rojiblancos showed their strength in depth as Fernando Torres and Angel Correa came off the bench to hand them a 2-0 win at Eibar on Saturday.

“I am very happy with the internal competition and the enthusiasm everyone has to participate,” said Atletico boss Diego Simeone.

“At a big club the quality of minutes spent on the field is more important than the quantity. I hope everyone can take advantage of their opportunity and give us the option of having alternatives.”

David Moyes also faces a crucial match that could define his future at Real Sociedad when the Basques travel to Granada on Tuesday.

La Real have taken just two points from their opening four games with discontent towards the former Manchester United manager heightened by Saturday’s 3-2 defeat at home to Espanyol.