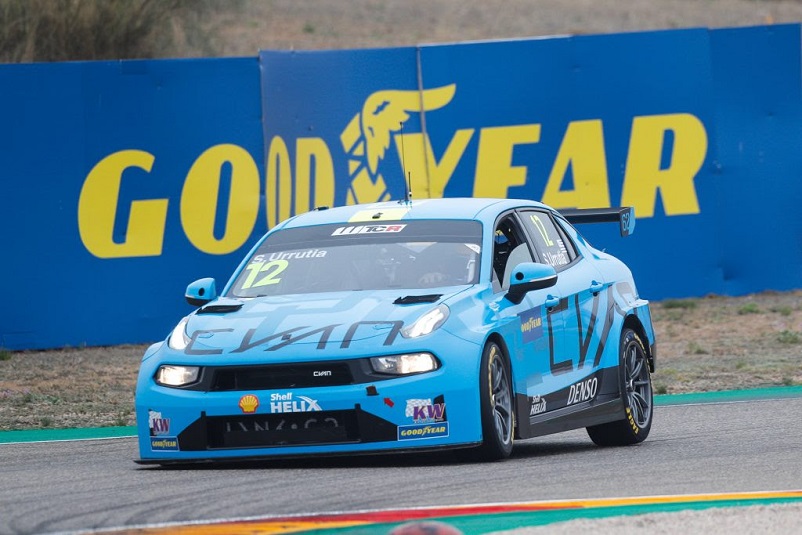 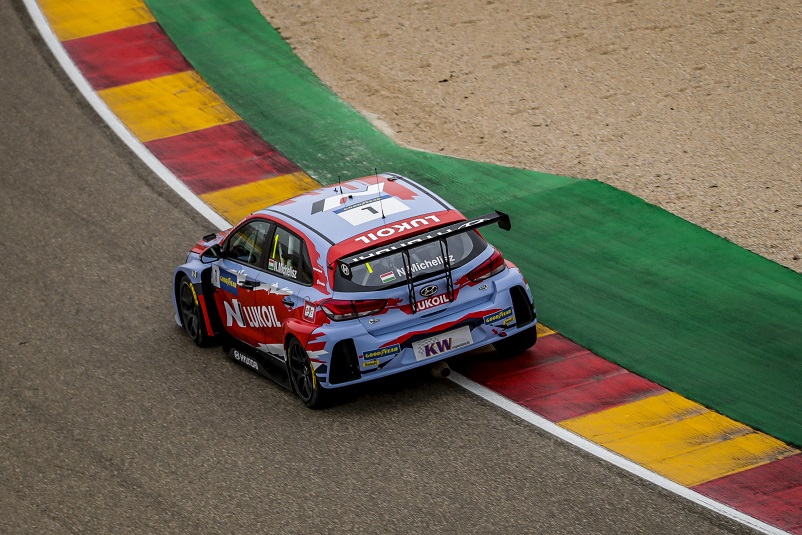 The 24-year-old Uruguayan, driving a China-built Lynk & Co 03 TCR on Goodyear tyres for Swedish team Cyan Performance Lynk & Co, was fastest in both Qualifying Q1 and Q3 at MotorLand Aragón to claim the first DHL Pole Positions of his WTCR career and score a combined 10 points.

However, Ehrlacher’s chief title rival Esteban Guerrieri was a distant P18 for ALL-INKL.COM Münnich Motorsport, the culmination of a difficult day for the Honda Civic Type R TCR-driving Argentine, who didn’t manage a single run in Free Practice 2 due to a brake issue.

With the results of Q1 deciding the grid for Race 1, Ehrlacher is very much in the title ascendancy, although Vernay remains a major threat to his fellow Frenchman, while Muller cannot discounted. Guerrieri, faces the prospect of starting all three races outside the points-paying top 15.

And after making it through Q2 with the second fastest time behind Vernay, Urrutia was fastest of all again in Q3 for the Race 3 DHL Pole Position ahead of Ehrlacher, Nathanaël Berthon (Comtoyou DHL Team Audi Sport RS 3 LMS) and Thed Björk, Urrutia’s Cyan Performance Lynk & Co team-mate. Vernay abandoned his flying lap after a mistake sent him briefly off-track.

Urrutia strikes first in Q1
Santiago Urrutia battled it out with Jean-Karl Vernay to take the DHL Pole Position for Race 1, doing enough to go quickest by just 0.006s.

Esteban Guerrieri, Ehrlacher’s closest rival in the race to be crowned King of WTCR for 2020, failed to make the top 12 and progress to Q2. The Argentinian was down in P18 after his brake problems in free practice, which finished less than an hour before qualifying began due to earlier fog delaying the schedule, and has suffered a big blow to his WTCR title hopes a result.

Vernay outpaces Urrutia in Q2
Jean-Karl Vernay outpaced Urrutia for the fastest time in Q2, his effort of 2m13.474s edging out the Lynk & Co driver by just 0.251s. Cyan Performance Lynk & Co’s Thed Björk banked a late lap to jump up to third ahead of Yann Ehrlacher in fourth and Nathanaël Berthon in fifth to complete those who would progress to the Q3 shootout.

Urrutia on top in Q3 as Vernay hits trouble
Vernay was the first to run in the Q3 shootout. But the Frenchman got it all wrong in his Team Mulsanne Alfa Romeo Giulietta Veloce TCR by Romeo Ferraris, running wide at the first corner. He was forced to abandon his lap and automatically settle for fifth fastest. “Overall, it’s still good because we have a good grid position for Race 1 [second],” said Vernay. “I eliminated myself, my fault, so it’s easier to take.”

Ehrlacher was next up and put in a great effort to bank a time of 2m13.623s. Now it was Berthon’s turn in his Comtoyou DHL Team Audi Sport entry, but he was too cautious in the first turn. His time was just 0.131s down on his countryman.

Björk was the first of the final two Lynk & Cos to run, the Swede going third fastest behind Ehrlacher and Berthon – the trio split by just 0.148s.

Now Urrutia, already fastest in both free practice sessions and in Q1, was the last to go. The Uruguayan put together a strong lap to claim the DHL Pole Position from Ehrlacher.

But Ehrlacher was happy with his performance and position ahead of the races on Sunday. “It was a really good lap, the best of my weekend and it happened in Q3,” said Ehrlacher, whose advantage as the Goodyear #FollowTheLeader is 31 points ahead of the deciding three races of 2020.

Nathanael Berthon (Comtoyou DHL Team Audi Sport, Audi RS 3 LMS)
“First of all, congratulations to all the team, they have made an amazing job. We have 60 kilos in the car, we were absolutely not expecting that, so a lot of work and we went in the right direction. Thanks to the team, a very good job from them and this is the last race of the season, so it’s always good to have a good finish. It’s not the race, of course, but in qualifying you can show your speed so I’m very happy to be in Q3 again. I think I didn’t miss so many Q3s this year, but this one was the hardest to achieve for sure. The best lap overall of our day was delivered in Q3, so I’m happy also about my performance. Let’s see tomorrow, cross our fingers and take some points for the team and enjoy the last race.”

Thed Björk (Cyan Performance Lynk & Co 03 TCR)
“During the free practice I was pushing as much as I could and had a mega slide into Turn 1, so I didn’t get the lap times. But it felt so good when we put the fresh tyres on for qualifying to deliver the lap times. But I have to tell you, I am even more happy now for Yann because I know the pressure he is under leading – even if it is a good lead, it doesn’t matter. He’s leading and he performs. I felt after Q3 like it was 2017 for him, so I’m very happy. If you have the speed, you get the points.”

Yann Ehrlacher (Cyan Racing Lynk & Co, Lynk & Co 03 TCR)
“It was a really good lap, my best lap of the weekend and it happened in Q3, so I’m definitely happy. I tell you always the pressure is in the tyre, but at some point I have to realise the pressure is a bit elsewhere and not only in the tyre! In those conditions it is not easy to drive free and relax, so I’m very pleased with what we have done today. We are free to qualify wherever we want, so actually if Santi wants to push and put it on pole he is completely free to do so. Let’s see for the races, but we will at least start P2 so I’m happy about that.”

Yvan Muller (Cyan Racing Lynk & Co, Lynk & Co 03 TCR)
“It was not really the plan, the plan was to put the four blue cars in the top 10, so we achieved that. Unfortunately, my lap in Q2 was not fast enough, but it gave me the pole for Race 2, which is not too bad for the championship.”

Santiago Urrutia (Cyan Performance Lynk & Co 03 TCR)
“It’s a bit emotional to be here. I want to say hi to my mum and my dad, I miss them a lot. Being on pole is really important. I did a mistake the last weekend, so I’m really happy to be on pole. I’m grateful to Cyan and Lynk & Co, without them I wouldn’t be here, so thank you to the team, all my team-mates and everyone who has helped me – sponsors, family, everyone. It’s been a season of growing and growing and learning. I made two pole positions today so I’m happy, we are in the front with the guys so I hope we can win the championship with Yann and Cyan. I’m just super-happy. Thank you to everyone who has believed in me, it’s been a long wait to be here in the world championship, I left my house when I was 14 years old and today I’m here enjoying this time. So thank you very much.”

Jean-Karl Vernay (Team Mulsanne, Alfa Romeo Giulietta Veloce TCR by Romeo Ferraris)
“Overall it’s still good, we have a good starting grid for Race 1. For sure it’s disappointing when you do the fastest time in Q2, I’m quite curious to see what happened because I was quite safe. I knew we were going to have the performance to be at least in the top three. At least this time I eliminated myself, it was my fault, so it’s much easier to take it. I made a mistake. But it’s not finished, we have two good positions for Race 2 and 3 and I shall just have to be a little bit more smart to see if I can come back up front. It was the last qualifying of the year so it’s disappointing to finish like this and I’m sorry to the guys. The car was quite amazing again, but I messed up – that’s all.” – media@fiawtcr.com