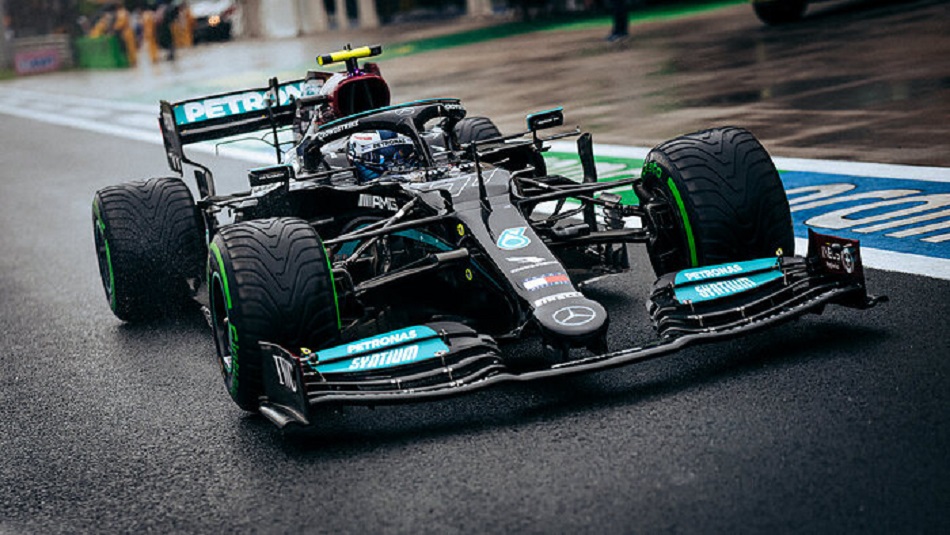 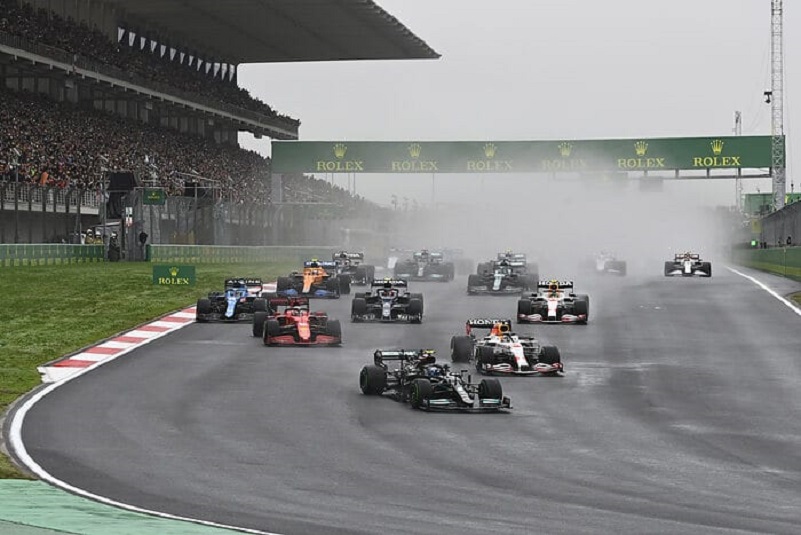 On a persistently damp track with light rain hovering above, Valtteri completed an impressive victory at the Istanbul Park Circuit, also claiming the bonus point for fastest lap in the closing stages.

Lewis secured P5 having started the race in P11 after taking a ten-place grid penalty for an ICE change, completing a number of fine overtakes in the opening stages.

All drivers started the race on the Intermediate tyre with stubborn rain clouds lurking overhead and misty drizzle in the air.

At one stage, it looked like Lewis could reach the chequered flag without stopping and nurse his bruised set of starting Inters home to claim P3. However, with 15 laps to go, Lewis’s tyres dropped off and, losing time to the cars behind, he needed to pit for a fresh set. He emerged in P5 without sufficient laps remaining to bridge the gap to the cars ahead.

Having gained a 7 point advantage over VER last time out in Russia with the Dutchman taking an engine penalty, Lewis lost 8 points today with his own engine penalty.

Today was probably one of the best races I’ve had ever – apart from that one little slide, everything was under control. The car has been fantastic in every possible condition this weekend and I had great confidence with it. It’s not easy to choose the strategy here with these conditions – when to stop, which tyre to choose – but I’m glad everything went smoothly for me. When there’s only one drying line it doesn’t take much for you to go off, you need maximum focus all through the race and so today feels like a well-earned victory. My first win of the year too which feels great and I was happy to bring it home. It also took points off Red Bull so great for me and the team.

Today was frustrating but it is what it is – it felt good to be in third and I thought if I could just hold on it would be a great result from 11th. Strategy calls in conditions like today can be so tough. I’m naturally a risk-taker and being third, I was aiming to miss the stop when everyone pitted for new Inters, hopeful that I could get the opportunity to switch to slicks later and gain some good positions. Then the team made the call to come in and you have to rely on your team, accept the choices they make and hope it’s the right one – as I always say, we win as a team and we lose as a team. Overall, the car was great this weekend and Valtteri did a great job today. If we can continue to perform like that over the next few races, we’ll be in a good position come the end of the season. 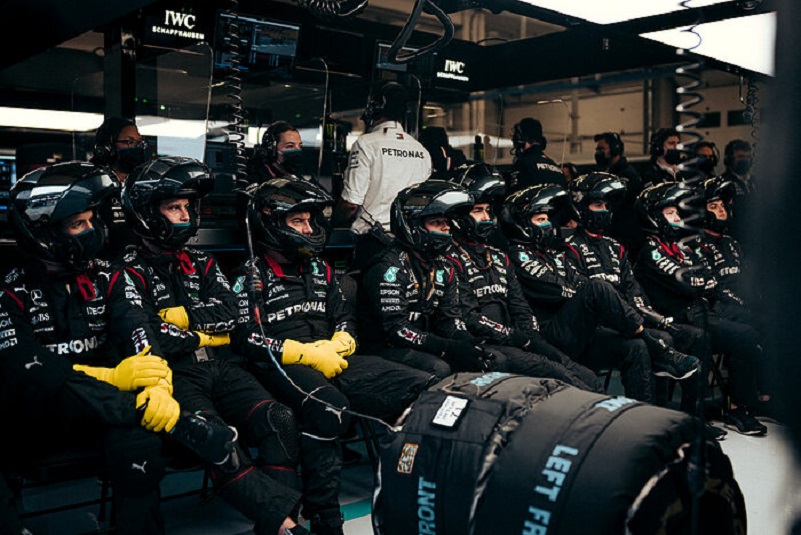 Absolute dominance from Valtteri today, a 10/10 drive from the get-go from him. He had the race under complete control, not only with his pace but his management of the tyres was fantastic. Well done Valtteri, a very strong weekend.

For Lewis, we had difficult decisions to take throughout the race. We thought we could maybe hold out with him, not stopping, and take third place. Or, if a dry line appeared, maybe even bring him in and switch to the Soft tyre. The balance for us therefore was between pitting, taking it conservatively and fighting with Leclerc and Perez on track for P3 or, by taking a calculated gamble, have a chance to win the race or finish P3.

As it unfolded, we could see Leclerc’s pace dropping off on the old Inter, shortly followed by Lewis and then we knew we couldn’t go until the end and needed to stop. At that stage, Lewis was losing 1.5 secs to Gasly and Perez and it would be a matter of time before he was caught. We settle for P5 and I’m happy with the decisions we took.

There is always an absolute view and a relative view. The relative view is that in the last race, Red Bull were very happy to only lose 7 points from a grid penalty – today we lost 8 points so it isn’t the end of the world. The absolute view is that today, we could have scored another 3, 4 or 5 points more. But that’s fine, the championship is wide open and the fight continues.

A superbly accomplished drive by Valtteri in the wet today, he had the race under control from start to finish and his fastest lap at the end shows just how much he had in reserve. The only awkward point of his race was giving up the lead to Charles in order to cover Max but that came back to him pretty quickly. Lewis had a busier afternoon – he’d made good progress considering there was no DRS to help and got himself up to fifth, almost passing PER for fourth. At that stage, most cars were stopping but we decided to leave Lewis out for the chance of either running to the end or transitioning to the dry tyre. It started to become clear to us that it was never going to be right for the slicks and our strategy tools were showing that we’d get beaten by PER and LEC anyway if we stayed out, so we took a fresh set of Inters to cut our losses.

We’ve extended our lead in the Constructor Standings and whilst we’ve lost a little ground in the Driver Championship, the car pace has been really encouraging here, both wet and dry. We’re looking forward to Austin where hopefully we can continue our current run of good form.