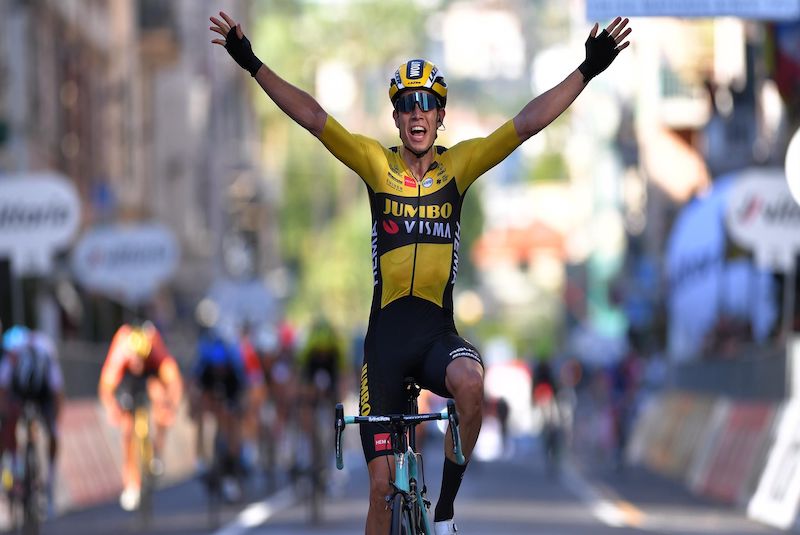 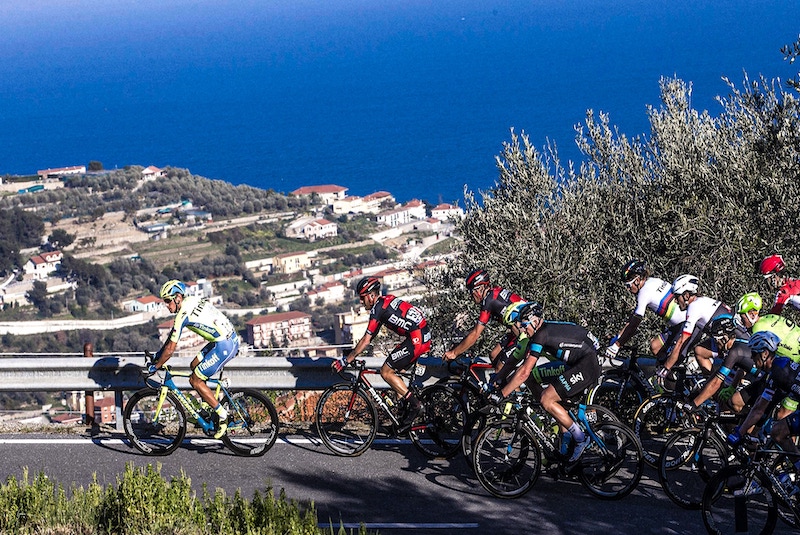 After the Strade Bianche, it’s Milano-Sanremo: Wout van Aert (Jumbo-Visma) won the 111th edition of the longest professional one-day race. It’s the first Monument Classic of his many-faceted career, and another impressive performance after the long pause due to the COVID-19 pandemic.

It was second place for the defending champion, Frenchman Julian Alaphilippe (Deceuninck – Quick-Step) and third for the Australian Michael Matthews (Team Sunweb) who won the pack sprint.

“I’m super happy. I can’t believe I’ve taken these two victories in a row,” said Van Aert. “I don’t have words actually. I know everyone says that when they win a Monument but to start the second part of the season like this… it’s crazy. Julian played it really well, he put me on the front, and I needed to keep a bit of speed because the bunch was coming back. It was hard to do the right pace and still keep something for the sprint but in the end, it was enough, because it was only half a wheel.”

The longest, hottest and most difficult-to-manage Classicissima

The Classicissima di Primavera (Spring Super-Classic) became Classicissima d’Estate (Summer Super-Classic) since it was forced to move from the original schedule of 21 March to 8 August. From the warm spring temperatures of the Ligurian Riviera – and the not so rare snow on the Appennini – the peloton faced air temperatures of over 30°; at least 40° on the asphalt. As well as the date, the organisers also had to change the route after Savona province’s city mayors refused to host the race, and again due to landslides caused by heavy thunderstorms that struck Alessandria in the days just before the race.

After the traditional parade in Milan in the central Piazza Castello, the riders covered the 10km to the official start in via della Chiesa Rossa at Trezzano sul Naviglio then moved south-west to the inland part of the Piedmont region, passing near Alessandria and crossing the Monferrato and the charming Langhe – famous for its wines – then ascending Niella Belbo at 161km and Colle di Nava at 229km, both uncategorised climbs, before entering Imperia province. 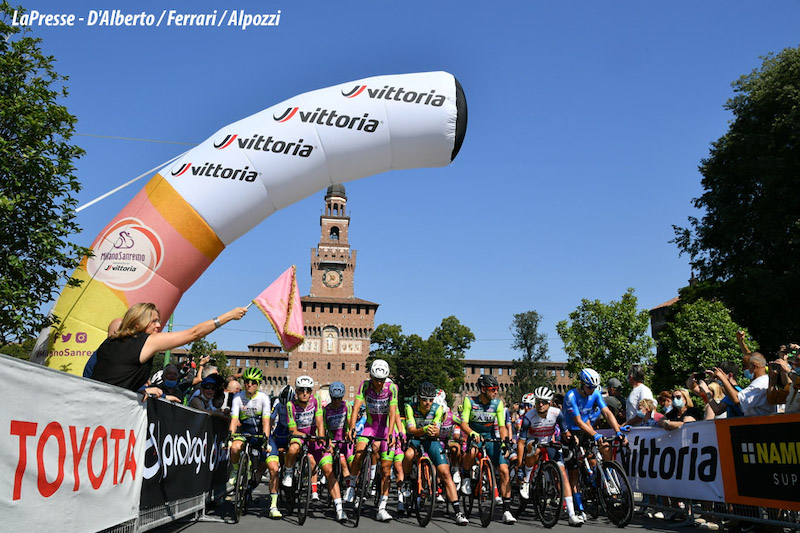 The 2020 Milano-Sanremo lost the climbs of Turchino and the Capi (Melo, Cervo and Berta), although its total elevation increased – to more than 2800 metres – and the route gained most of the coastal Aurelia road but kept the explosive finale with Cipressa and Poggio climbs before the technical descent and the Via Roma finish line in Sanremo, for an unprecedented 305km total route (315km considering the neutralised sector). It’s worth remembering that not only did the teams have to face the exceptional race distance but also had their numbers reduced to six riders each to accommodate the inclusion of the wildcard Italian teams, Androni Giocattoli-Sidermec and Bardiani-CSF.

A thrilling finale fought on the Cipressa and Poggio

Three riders from those teams invited at the eleventh hour jumped into the breakaway which formed after just 2km: Italians Alessandro Tonelli and Fabio Mazzucco (Bardiani CSF Faizane) with Mattia Bais (Androni Giocattoli-Sidermec) along with their compatriots Manuele Boaro (Astana Pro Team), Damiano Cima (Gazprom-Rusvelo) and Marco Frapporti (Vini Zabu-KTM) plus the Spaniard Héctor Carretero (Movistar Team) who was the first to lose contact, 73km from Sanremo. Their greatest advantage was 6’50’’ after 52km, with Boaro the last man to be caught by the pack in Imperia.

The Belgian Loïc Vliegen (Circus-Wanty Gobert) was the first to attack on the Cipressa, followed by 2017 Tour of Hainan winner, Italian Jacopo Mosca (Trek-Segafredo) but the breakaway was finished before the summit. The climb shut down the dreams of two big favorites among the sprinters, the Australian Caleb Ewan (Lotto Soudal) – 2nd in 2018 – and Colombian Fernando Gaviria (UAE Team Emirates) who placed 5th in the 2017 edition. Bora-Hansgrohe’s Daniel Oss accelerated on the descent and kept a high pace on the Aurelia, but was caught just before the Poggio where the fight exploded with several attacks.

Defending champion Alaphilippe went solo on the toughest part of Poggio with a powerful attack and only the Strade Bianche winner Van Aert was able to follow and then catch the Frenchman on the descent. The duo pushed hard in the last kilometres and then challenged each other in a duel to the last breath in Via Roma.

Van Aert was impossible to overcome, after having already demonstrated his ability to sprint three days earlier, with the third place in the Milano-Torino, only bettered by the two specialists Arnaud Démare (Groupama-FDJ) and Ewan. Van Aert became the first Belgian rider to win the Milano-Sanremo since Andrei Tchmil in 1999.

In the coming days the packed UCI WorldTour calendar will continue with the final stages of the Tour of Pologne and, just seven days after the Classicissima di Primavera comes the Classica delle Foglie Morte (Classic of Falling Leaves), Il Lombardia, scheduled for the 15th of August. – www.uci.org