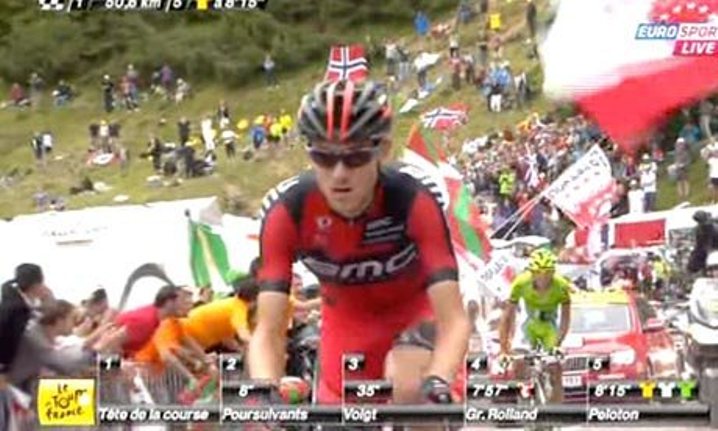 Tejay Van Garderen has a secret weapon in his bid for Tour de France glory this year: anti-bacterial hand spray.

The 27-year-old was lying third on the Tour last year when he was forced to abandon on the 17th stage after falling ill.

So this year, he is taking no chances.

“I don’t shake hands (anymore), I fist-pump. I take that,” he said, showing off his little white bottle of anti-bacterial foaming hand soap.

“Try everything in order not to get sick… because I was sick (last year) and then it was over.”

Van Garderen, who is co-leader of the BMC team alongside Australian Richie Porte, says he uses the spray “every ten minutes”, to try to ward off infections.

Twelve months ago he came into the Tour in fine form having run Chris Froome close at the Criterium du Dauphine.

He was then trailing only the two big favourites, Froome and Nairo Contador, when his race disintegrated.

“It was right after the Plateau de Bay, I came down to the sickness — I had to abandon,” explained Van Garderen.

“It started as a cold, it turned into a fever and some gastro and then after the second rest day I couldn’t even stand on a bike anymore.”

But now, he has his little white bottle to protect him. – Agence France-Presse