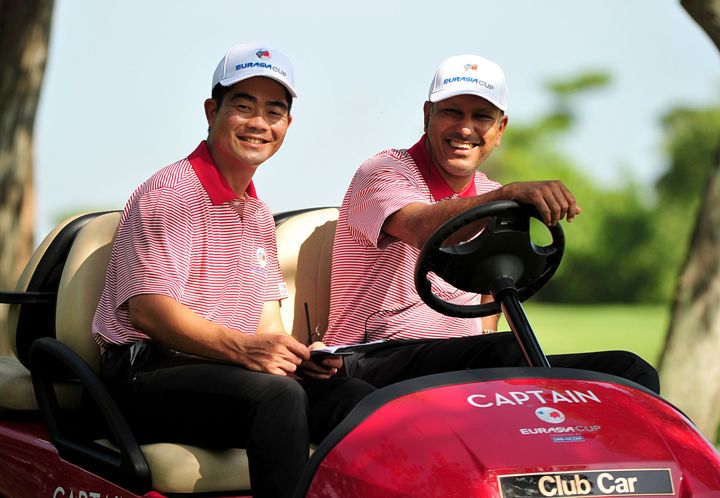 Team Asia’s Vice Captain Liang Wen-chong is quietly confident of the continent’s chances of a victory over Team Europe at the EurAsia Cup presented by DRB-HICOM which starts on Friday.

The 2007 Asian Tour Order of Merit champion, who is supporting Captain Jeev Milkha Singh in the Ryder Cup-styled event at Glenmarie Golf and Country Club,  believes the quality of the Asian players along with home advantage will prove decisive.

“We’ve seen over the last few years how much Asian players have improved. The gap between Asia and Europe is narrowing. We’ve got a good mix of young and experienced players in the team and with the EurAsia Cup being staged in Asia, we definitely have a good chance,” said Liang in a press conference today.

“The weather’s going to be very hot, so that’s going to be good for the Thai and Malaysian players and also the others. I think we can do well over the next few days,” added the Chinese star.

Holding Singh in high regards, Liang is excited to work alongside him in order to achieve their common goal of a victory on Sunday. The inaugural showdown ended in a thrilling 10-10 draw two years ago.

“It’s my pleasure and honour to be the Vice Captain and assist Jeev. We’ll plan our daily strategy and analyse everyone’s performance at the end of each day to see how we can combine effectively as a team.

“We have a very good captain in Jeev. He’s very familiar with all the players and he knows all about their strengths. As for me, I will try my best and do everything I can do to help my team with my years of experience,” said Liang.