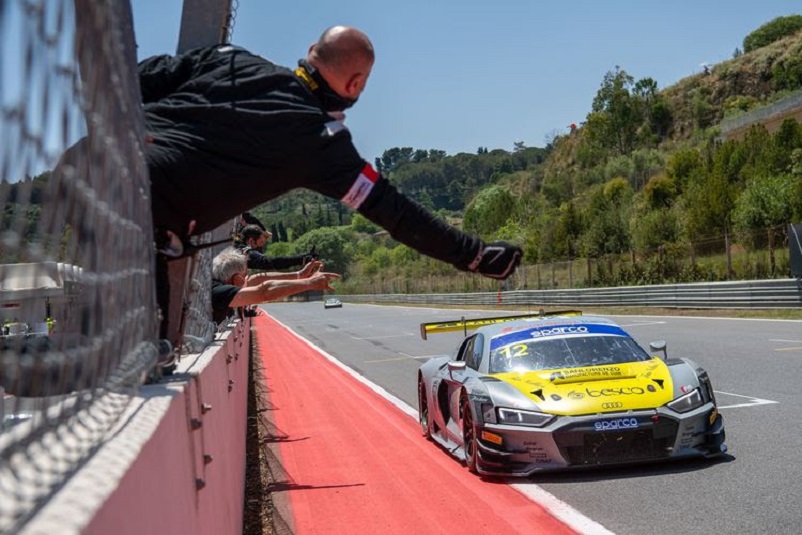 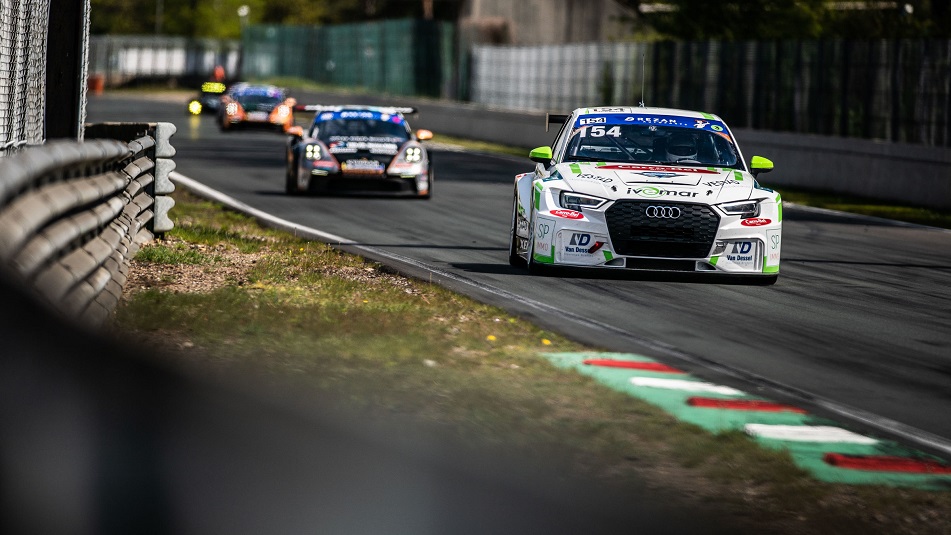 For Audi Sport Italia, the endurance season in its Italian homeland started extremely successfully. After two second-place finishes at the beginning of the sprint race series three weeks ago, the team clinched its first victory of the season with the Audi R8 LMS at the endurance opener. Audi Sport customer racing’s other weekend achievements include two trophies for the Audi RS 3 LMS in touring car racing.

The driver trio had started from third position in the Audi R8 LMS and dropped back to fourth when, on the third lap, teammate Filip Salaquarda, of all people, collided with the sister car in another Audi during an overtaking attempt and ended up in the gravel trap himself. Agostini/Drudi/Ferrari dropped back to fifth place as a result.

After the driver change from Ferrari to Agostini, the number 12 Audi was already in third place. The team of Emilio Radaelli and Ferdinando Geri reacted to the maneuvers of the rivals in the race tactics, delayed the second driver change, thus gaining time on the track and sent Mattia Drudi back into the race in the leading position.

The 22-year-old talent pulled away from his pursuers with fast lap times and won with his teammates by 7.4 seconds after three hours of racing.

Victory at Hockenheim: Team QSR Racing School managed its second class win in a row in the Belcar Endurance Championship. At the race in Hockenheim, Joël Uylenbroeck, Jürgen van den Broeck and Yevgen Sokolovskiy in the Audi RS 3 LMS won the TA class after three hours of racing.

Second place at the halfway point of the season: Team AC Motorsport remains within striking distance of the top of the TCR class at the halfway point of the 24H Series season. Regular driver Stéphane Perrin and his teammates Mathieu Detry and Stefan Wieninger missed the class win in the Audi RS 3 LMS by only 4.3 seconds as the runners-up at the Hockenheim 12 Hours. It was already the third podium result in a row for the Belgian team. Perrin and Detry remain second in their class after four of eight endurance rounds in the club racing series.