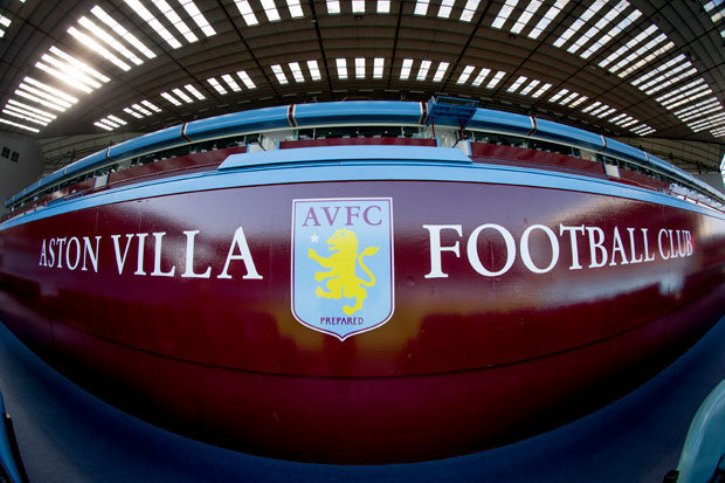 Aston Villa revealed ambitions to become the most popular team in China after Harvard-educated businessman Tony Jiantong Xia snapped up the relegated club for a reported $87 million.

The “Villains” crashed out of England’s Premier League after winning only three times this season, but they will have their fingers crossed for better times ahead under their new ownership.

US-based owner Randy Lerner had been trying to sell Villa for two years and he finally found a buyer after slashing his asking price to a reported £60 million ($87 million, 78 million euros).

Fans will hope Xia now follows the lead of Thai-owned English champions Leicester City, rather than that of their city rivals Birmingham City, who were bought by a one-time Hong Kong hairdresser who was later jailed for money-laundering.

A new manager will be appointed “shortly”, a club statement said, with former Leicester boss Nigel Pearson and ex-Chelsea manager Roberto Di Matteo both reportedly in the running after Remi Garde was sacked in March.

The first goal for Xia’s Villa is to win promotion to the Premier League and then return to European competition by finishing in the top six, the club said in a statement.

“Dr. Xia’s immediate objective is to return Aston Villa to the Premier League and then to have the club finish in the top six, bringing European football back to Villa Park,” the statement said.

“He plans to make Aston Villa the most famous football club in China with a huge fan base.”

Chinese tycoons have been at the forefront of a wave of Asian investment in European football, snapping up stakes in powerhouses Manchester City and Atletico Madrid.

The Premier League is hugely popular in China and success by Villa would guarantee wide visibility in the world’s most populous nation, making them a magnet for sponsors.

Lerner has agreed to sell 100 percent ownership of Aston Villa to Xia’s Recon Group, subject to approval from the Premier League and Football League, the club said.

The Recon Group is a privately owned holding company with controlling stakes in five companies listed on the Hong Kong and Chinese stock exchanges, the Villa website said.

The conglomerate also owns “many other private companies employing 35,000 people in 75 countries” and has grown during China’s giant urbanisation programme of recent years.

Lerner, who bought Villa in 2006 for around £60 million, had hoped to sell the club for £200 million, but the team’s dismal form over the last two seasons put off potential investors.

According to Villa’s website, Xia decided to buy “an iconic football club in England as the cornerstone of his Sports, Leisure and Tourism Division”.

The statement says he became “a fan of Aston Villa many years ago” and “played football as a striker until he finished at college”.

Villa chairman Steve Hollis flew to China to complete the deal as soon as their woeful top-flight campaign was completed last weekend.

Xia will take charge with Villa condemned to second-tier action for the first time since 1987-88 and with fans’ morale at an all-time low after months of protests against Lerner and the under-performing players.

Lerner, in a rambling farewell message, said Xia has the enthusiasm and experience needed to redevelop Villa Park and improve revenue streams.

“As we visited together, and had some unrushed time to discuss his plans, Tony’s excitement to develop Villa Park shone through,” Lerner said.

Xia’s move for Villa comes after a glorious season for Thailand’s Srivaddhanaprabha family, who bought Leicester in 2010 and transformed the club into unlikely Premier League champions.

Leicester contrast with Championship side Birmingham City, who were bought in 2009 by Hong Kong’s Carson Yeung — who was jailed in 2014 for money-laundering, but was freed on bail last year pending an appeal. – Agence France-Presse