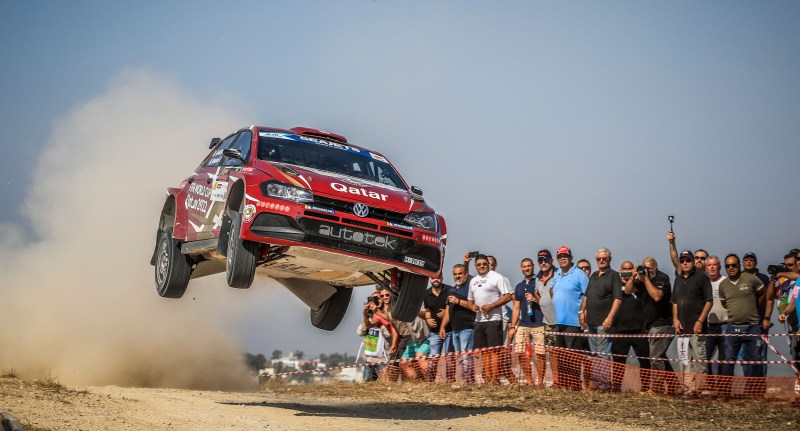 Most successful Customer Sport year in the motorsport history of Volkswagen

More than 250 podium finishes, including over 100 victories for customer teams in 2019 alone

35 victories and 135 podiums for the Golf GTI TCR, 71 triumphs and 127 top-three finishes for the Polo GTI R5 – Volkswagen can look back on an extremely positive 2019 of Customer Sport on the motorsport scene.

At the racetrack, customer teams around the world added seven titles to the grand total of 30 „powered by Volkswagen“. In the world of rallying, Volkswagen drivers and teams took the honours in prestigious championships on five occasions. The 2019 season yielded victories for Volkswagen customers in Asia, Australia, Europe, Africa, South America and North America.

In 2019, Volkswagen was represented by the Golf GTI TCR in motorsport series all over the world, and with the Polo GTI R5 in national and international rallying, including the World Rally Championship and European Rally Championship.

“The success of our Customer Sport teams around the globe, including over 100 victories with the Polo GTI R5 and the Golf GTI TCR, plus a dozen titles – the results in 2019 speak for themselves,” said Volkswagen Motorsport Director Sven Smeets.

“The success of our customer teams is all the more pleasing, as the Golf GTI TCR can already look back on over 150 victories and 500 podiums in only its fourth year and continues to claim race wins and titles in customer hands. The Polo GTI R5 contested its first season in 2019 and was delivered to teams all over the world. Winning five titles is made all the more impressive by the fact that it was the car’s debut year. As such, we must pay our customers a big compliment for their sporting success and say a big thank you for their faith in our products.”

From Japan to Australia, via America – The Golf GTI TCR enjoys success around the world

In TCR Japan, Takeshi Matsumoto (J, Wakayama Racing) won the championship in the Sunday classification, while the Drivers’ title in TC America went to Michael Hurczyn (USA), ahead of his team-mate Nate Vincent (USA). Together, they added the Team championship in the North American series, courtesy of 26 podiums, four victories and seven pole positions in eight double-headers.

TCR Australia also made its debut in 2019 – the first victory “Down Under” went to a Volkswagen driver – Jason Bright (AUS), who won in Sydney. Fellow Volkswagen driver Aaron Cameron joined the list of winners at the finale in Tailem Bend and only narrowly missed out on ending the season as the runner-up in the championship.

In 2019, TCR Baltic started afresh – with a total of five events in Riga, Jurva and Parnu. Volkswagen customers won eight of the ten races, with Džiugas Tovilavičius (LT), who also won the title, the stand-out performer. Jáchym Galáš (CZ) finished runner-up with the Golf GTI TCR in the newly-launched TCR Eastern Europe series, courtesy of victories in Grobnik and Brno.

The Golf GTI TCR emphatically demonstrated its endurance capabilities in the hands of the Autorama Motorsport by Wolf-Power Racing team. Both the European and the Trans-Continental titles in the TCE Series went to the Swiss outfit, which also celebrated victory at the 24-hour races in Dubai and Portimão, as well as a podium finish in Barcelona. Yannick Mettler (CH) and Jérôme Ogay (CH) also won the Drivers title in the “Continents” championship.

#Gravel, #Tarmac, #IceSnow – a GTI for all conditions

2019 was a real welcome party for the Polo GTI R5 and Volkswagen customers. In particular, Oliver Solberg (N), son of rally and Rallycross world champion Petter Solberg (N), created positive headlines. “Solberg 2.0” celebrated victories in Estonia and Latvia, and won the Drivers title in each respective rally championship. However, it was his debuts at a higher level that had jaws dropping.

Fortune did not smile on Solberg junior at the Rally Great Britain, round twelve of the FIA World Rally Championship (WRC). However, whenever possible, the young Norwegian set the fastest time in his class. At the same event, dad Petter guided the Polo GTI R5 to its maiden victory at World Rally Championship level. On his farewell performance, Solberg senior, also “powered by Volkswagen”, not only won the rally against arguably the strongest R5 field of the season, but also scored the final world championship point of his great career – mixing it up against World Rally Cars with at least 100 PS more at their disposal.

With the number of Polo GTI R5 around the world increasing all the time – 50 cars were delivered to customers by the end of 2019 – reports of success have come in from increasingly remote corners of the globe. In November, for example, Onkar Rai (EAK) won the Meru Rally in Kenya to become the first Volkswagen R5 customer to take victory on the African continent. Prior to that, Gustavo Saba had caught the eye with victories in the Polo GTI R5 in the Codasur Rally Championship and the rally championship in Paraguay. Meanwhile, Emil Lindholm (FIN) ensured the debut of the 200-kW (272-PS) four-wheel drive car at the Arctic Lapland Rally was a successful one.

Speaking of the north, it was teams with the Polo GTI R5 who again dominated the headlines in the Scandinavian championships in Norway and Sweden. Ole-Christian Veiby (N) triumphed in the strong Norwegian championship, defeating a host of big names. He took victory at four of the six rounds – the Hadeland Rally, Sørland-Rallye, Grimstad Summer Rally, and the Hedemarken Rally. He also won more special stages than anyone else over the course of the season, on his way to emphatically winning the championship. In Sweden, it was world Rallycross champion Johan Kristoffersson (S) who provided a positive surprise: in his first full season in the Swedish Rally Championship, he won the Bergslagsrallyt and the Gästabudstrofén, claimed a further two podium results, and ended the season as runner-up in the championship after six rallies.

Nasser Al-Attiyah marches to victory in the MERC

The FIA Middle East Rally Championship (MERC) turned out to be a one-man show. Nasser Al-Attiyah (Q), at the wheel of the Polo GTI R5 from the word go, won all four rounds and was once again crowned champion in the MERC. Probably Al-Attiyah’s greatest triumph in the 2019 season came at the Rally Cyprus, which was held as a joint event with the European Rally Championship. Al-Attiyah came out on top against the massed ranks of the European rally elite – and at one of his favourite rallies.

The Polo GTI R5 also made a positive impression in other national rally championships. Andrea Crugnola (I) caused quite a stir in Italy, including victory in the Due Valli Rally. At the Monza Rallye Show, Crugnola actually left three WRC works drivers trailing in his wake: Craig Breen (IRL), Andreas Mikkelsen (N) and Dani Sordo (E). However, that very same Craig Breen also produced a genuine highlight in the Polo GTI R5. Making a guest appearance in the Belgian Rally Championship, Breen won the renowned Rally Ypres in the customer sport Polo. In Belgium, Volkswagen customer teams also enjoyed success at the Rally van Haspengouw, the TAC Rally and the Sezoensrally.

In France, Nicolas Ciamin (F) and Quentin Gilbert (F) achieved podium results from the word go, while William Wagner (B) was among those to score further victories in the French Rally Cup. In Switzerland, Sébastien Carron (CH) was a regular on the podium and also claimed one victory. Christian Riedemann (D) also presented the Polo GTI R5 with its maiden victory in the German Rally Championship, winning the “Rallye rund um die Sulinger Bärenklaue”.