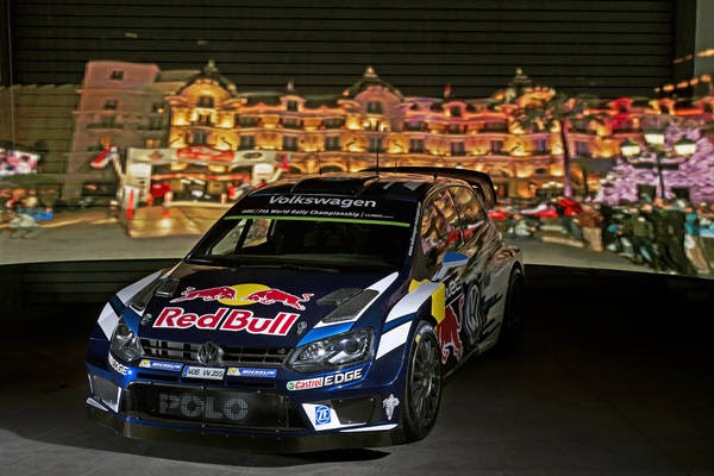 The opposition: like Volkswagen, the rivals are also well prepared for the new rally season

A classic to kick off the World Championship – Volkswagen opens its campaign in the 2016 FIA World Rally Championship (WRC) with a truly iconic rally from 21 to 24 January: the “Monte”. Three Polo R WRCs line up at the Rally Monte Carlo, the first of the 14 rounds that make up the World Rally Championship this year. Sébastien Ogier/Julien Ingrassia (F/F), Jari-Matti Latvala/Miikka Anttila (FIN/FIN) and Andreas Mikkelsen/Anders Jæger (N/N) are the men to beat, having finished first, second and third in last year’s world championship.

As well as the new-look, stronger opposition, the Volkswagen crews face another tough opponent: the rally itself. With unpredictable weather frequently making a lottery of any tyre selection, the infamous “Monte” is the toughest possible way to start the new season. The route of the 2016 rally is 377.59 kilometres long, spread over 16 special stages – including the famous “Sisteron–Thoard” stage and the Col de Turini.

“The Rally Monte Carlo is often exactly what Monaco is renowned for: a gamble,” said Volkswagen Motorsport Director Jost Capito. “The unsettled weather makes tyre selection a lottery. On the one hand, you need the driver and co-driver to cooperate perfectly. On the other, you also need the ice spies, weather crew and service team to work in harmony. In this regard, there is no greater challenge in the World Rally Championship. And that is precisely why we are so looking forward to it, as we are well prepared.”

Dry or wet? Snow or black ice? Puddles or frozen patches? These are the kind of questions that need answering before you can select your tyres at the Rally Monte Carlo. However, that is the thing about the “Monte”: the weather and route conditions are far from easy to predict- particularly as it is not rare to encounter all of the above on one special stage. While the sunny side of a mountain may be dry, you could easily be confronted by black ice one turn later on the shaded side.

The advantage lies with those who can rely on a good crew in their route note cars. The ice spies drive the route before the start of the special stage and pass the information acquired on to the co-driver, who adapts his pace notes accordingly. When it comes to tyres, the WRC drivers have a maximum 20 soft and 24 super-soft asphalt tyres at their disposal, as well as 12 winter tyres without studs and 24 with. A maximum 39 of these 80 tyres may be used during the rally. And each must be used at the right time: as well as the four wheels on the car, a maximum two spare tyres may be carried in the boot.

Zero points – the appeal and motivation of a new season

When Sébastien Ogier/Julien Ingrassia, Jari-Matti Latvala/Miikka Anttila and Andreas Mikkelsen/Anders Jæger open the route at the Rally Monte Carlo – an honour bestowed on them for finishing first, second and third in last year’s World Championship – it will be just 70 days since they last started a special stage. And yet this short breaks marks the start of a new season. Everyone starts with zero points to their name and the same opportunity to claim victories, points and World Championship titles. The rivals at Hyundai line up with a new car at the “Monte”, while M-Sport-Ford has a new driver and co-driver line-up. Volkswagen has also made detailed improvements to the car that has won the last three World Championships, the Polo R WRC. The entry list for the Rally Monte Carlo speaks for itself: three Volkswagens, two Citroëns, three Hyundais and six Fords – 15 World Rally Cars and a further 75 vehicles in other classes have registered for the classic rally in 2016.

In the world champion’s backyard: the Rally Monte Carlo, Gap and the classics

The service park for the 2016 Rally Monte Carlo first sets up camp in Gap, in the French Maritime Alps, before the WRC caravan moves to the harbour in Monaco for its finale. The season-opener is 100 per cent a home race for three-time world champion Sébastien Ogier. He was born in Gap. Last year’s route led straight through his home village, not far out of the city.

Following the Ceremonial Start at the casino in Monaco, the drivers will take on two special stages in the dark on their way to Gap on Thursday. Not only will visibility play a major role, but the ice spies must also be on the ball: freezing wet patches and possible snow in places are the first challenges of the season on the “Entrevaux–Val-de-Chalvagne–Rouaine” and “Barles–Seyne” stages. Friday features three stages to the north of Gap, each of which must be tackled twice. Saturday is not only the day of the classic stages – particularly the infamous “Sisteron-Thoard” stage – but also the longest day of the rally. Roughly half of the kilometres against the clock will be driven on this day. Sunday features two attempts at the “Col de l’Orme–St. Laurent”, which also forms the closing Power Stage. Slotted in between is a new version of the Col de Turini – the “La Bollène-Vésubie–Peira-Cava” stage.

The teams must overcome another challenge at the Rally Monte Carlo: after the midday service in Gap, the entire rally circus must move 310 kilometres to the harbour in Monaco. This involves reassembling the service area. The next service is scheduled for shortly after 07:00 on Sunday morning.

Quotes ahead of the Rally Monte Carlo

Sébastien Ogier, Volkswagen Polo R WRC #1
“I cannot imagine a better rally, with which to start the new season. I have won the ‘Monte’ for the past two years, and would obviously like to win it again this year. For me, it is the most important rally of the year. The key factor is tyre selection. We drivers are very dependent on our ice spies. It is all about interpreting the weather conditions correctly and understanding the unique weather in the Alps.”

Jari-Matti Latvala, Volkswagen Polo R WRC #2
“The Rally Monte Carlo is something very special every year. The conditions in the mountains can pretty much change from one minute to the next. The roads on the sunny side of a mountain are completely different to the shaded side, where they are often icy. The better the communication with the ice spies, the more likely you are to get a good result at the ‘Monte’. The presentation alone – to be stood in front of the Royal Palace and hopefully receive a trophy – is the ultimate motivation for me at every ‘Monte’.”

Andreas Mikkelsen, Volkswagen Polo R WRC #9
“I will admit that the Rally Monte Carlo is not one of my favourite rallies. I finished third here last year, and that would be an outstanding result again in 2016. I will be driving alongside my new co-driver Anders Jæger from now on. It will certainly take a while for us to get up to 100 per cent. I have an extremely positive feeling after all the tests with Anders. I am sure we will find our rhythm after a few special stages.”

From a tyre manufacturer’s point of view, what makes the “Monte” such a special rally?
Hugues Pierron: “The ‘Monte’ is incredibly complex. You have to select the best tyres for up to three completely different special stages. You can never select the perfect tyres for all three stages. That is simply impossible. What you are looking for is the perfect compromise. That is why we have our people who, for example, are able to tell us accurately that it is snowing at kilometre one, that the route is drying out from kilometre six, and that there are patches of black ice from kilometre 20 to the finish. We are then able to make the tyre selection together with the driver.”

What is the role of the Michelin technician during a rally?
Hugues Pierron: “I am available as a consultant during a rally. I am in contact with the drivers, co-drivers and their engineers. For example, if a driver opts for soft tyres I am able to tell him: ‘Remember back at the tests in December, you destroyed the tyres when the route was too dry’. I am also responsible for the correct tyre pressure.”

What feedback does Michelin receive from the drivers during and after a rally?
Hugues Pierron: “We usually need one to three kilometres to get the tyres up to the ideal temperature. Once the tyres have reached the right temperature, the drivers can see how they are working. The drivers get their feedback from the tyres, and I receive feedback from the drivers. The Volkswagen drivers describe to me exactly what could be better. That makes my job an awful lot easier. At the ‘Monte’, I must be able to react to a tyre selection at the very last second. Last year we had a situation like that with Sébastien Ogier. The forecast was not for it to snow on that particular day. All the meteorologists were agreed. Then, just as the special stage got underway, it started to snow. Everyone was asking me why I opted for these tyres. I was only acting on the information received from our weather people. It is a massive advantage if you know and can judge the weather at the ‘Monte’.”