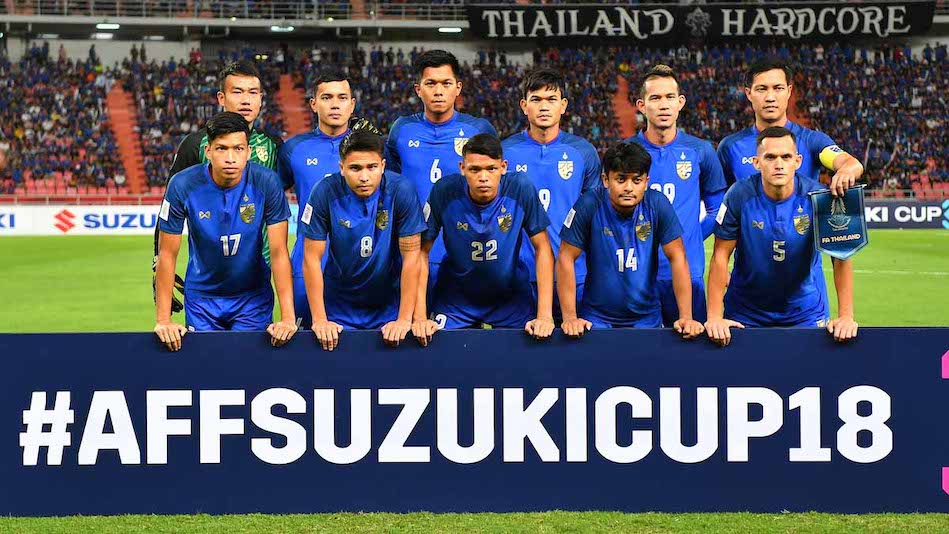 SPORTFIVE announced today that Warrix, one of Asia’s leading sports apparel brands, has been appointed the official football supplier of the AFF Suzuki Cup 2020.

This is the first time that Warrix is partnering with South East Asia’s illustrious football championship and underscores the company’s ambition to distinguish its brand in one of the world’s fastest growing economies.

Under the terms of the agreement, Warrix will be the Official Match Ball Supplier for all matches of the AFF Suzuki Cup 2020 and will supply the ball boy kits and referee kits throughout the event. It will also produce apparels, bibs and captain armbands for the tournament.

As an official football supplier of the region’s most highly-anticipated football tournament, Warrix can look forward to receiving unprecedented levels of exposure and engagement opportunities with football fans across the region.

The Warrix logo will be prominently displayed on multiple platforms, including the official tournament website, event backdrops, in-stadia TV commercials and other official tournament print collaterals. The brand will also have the opportunity to display its ball and products at the event, and organise fan activities and promotions around the matches.

In addition, the partnership grants Warrix the rights to use the official tournament logo across its marketing platforms as well as sell co-branded merchandise and products during the tournament.

Mr Wisan Wanasaksrisakul, Managing Director, Warrix Sport Co., Ltd., said, “We have continuously strived for innovation in our products using the latest technology as we believe in providing quality sportswear and equipment to enhance athlete performance across all sporting levels. Having sponsored various national football teams and major football clubs in South East Asia, this latest partnership with the AFF Suzuki Cup further underlines our commitment to grow and develop one of the most popular sports in the region.”

Malcolm Thorpe, Managing Director, South East Asia at SPORTFIVE, said, “The AFF Suzuki Cup is the most important showcase of South East Asia’s greatest football talents, and we are delighted to facilitate this strategic partnership with Warrix. We are confident that Warrix’s high-quality sport apparel and equipment will greatly enhance the tournament experience for players, volunteers, officials and fans, and elevate the tournament to a new level.”

Warrix previously supported the Myanmar Football Federation (MFF) at the MFF Warrix Futsal Open Cup held in Mandalay last year and was most recently the Official Sportwear for the 2020 Buriram Marathon in Thailand.

Scheduled from November to December, the AFF Suzuki Cup 2020 will once again unite the passion of football fans in the whole region and an increase in viewership is expected as the event continues the home and away group stage format, which drew fan attendance of more than 750,000 for the 2018 edition.

About the AFF Suzuki Cup

The AFF Suzuki Cup is a biennial football competition organised by the ASEAN Football Federation (AFF), accredited by FIFA, and contested by the national ‘A’ teams of Southeast Asia.

In 2020, the 13th edition of the AFF Suzuki Cup will continue the format where 10 qualified teams will be split into two groups of five and play a round robin system, with each team playing two home and two away fixtures. The format of the knockout round remains unchanged, with semi-finals and the final played on a home and away format.

Warrix is Asia’s leading sports apparel brand, owned and operated by Warrix Sports Company Limited. Its head office is located in Bangkok, Thailand. Since 2017, Warrix has owned the rights to the design, manufacturing, and distribution of the Thai National Football Team’s apparel. Warrix also owns the rights to the design, production, and distribution of several football clubs in Thailand and Myanmar’s National football teams.

With its strength in products of high quality and state-of-the-art technology, Warrix is one of the fastest-growing sports apparel company in Thailand. In addition, Warrix aims to tap into regional and global markets. The ‘Warrix’ brand is inspired by the warrior’s blood that has been running through its veins and essence. For more information, please visit our website www.warrix.co.th or follow Warrix official Facebook: www.facebook.com/warrixofficial/, Line ID: @warrix.co.th, Call Center: 0-2711-7600

SPORTFIVE utilises the unique emotional power of sports to create and enable pioneering partnerships in sports. By delivering responsible commercialisation, full-service-solutions and long-term value for all stakeholders in sports, SPORTFIVE strategically and creatively connects brands, rightsholders, media platforms and fans by leveraging a global network paired with decades of experience and innovative spirit.

As a market leader and with customer centricity and vast data intelligence at its core, SPORTFIVE often leads the sports business into the future through its innovative digital solutions and thereby always aims to be the most progressive and respected partner in sports.

SPORTFIVE operates as an international sports business agency with a global mindset and a network of over 1,200 local experts based in 15 countries around the world, active in Football, Golf, Esports, Motorsport, Handball, Tennis, American Football, Basketball, Ice Hockey, Multi-Sport Events and many more. For more information, please visit our website or follow our LinkedIn channel.