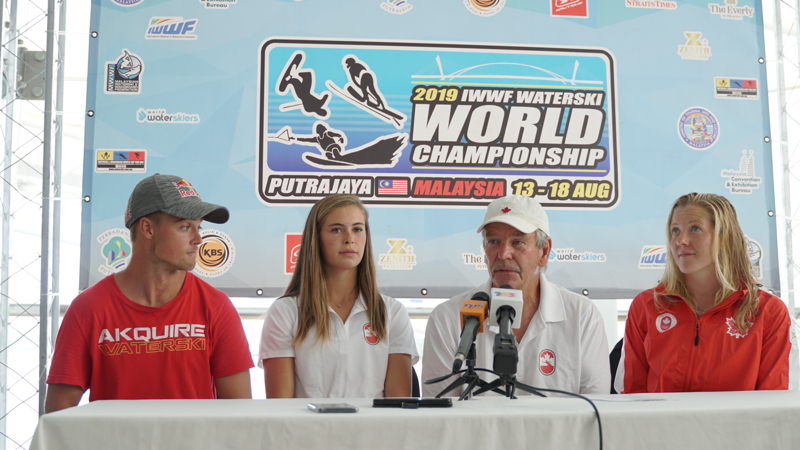 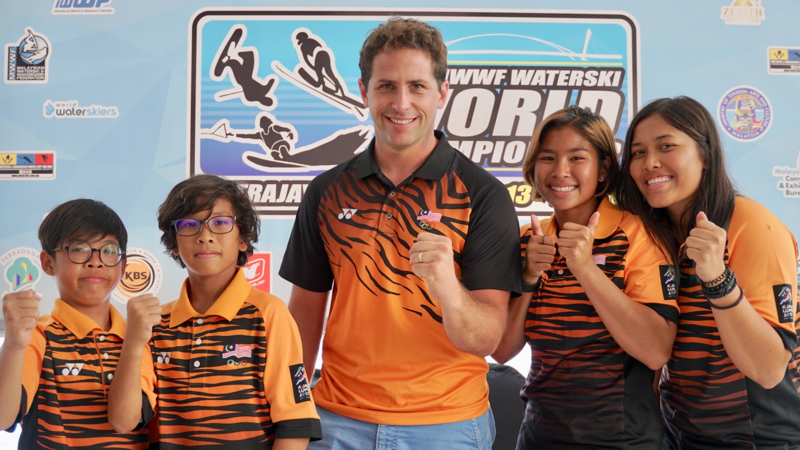 Team Canada have set their sights on a gold haul when the Waterski World Championships gets underway at the Water Sport Complex, Putrajaya tomorrow and ends on Sunday.

(Aug 13-18) The Canadians, spearheaded by four-time world champion Whitney McClintock-Rini and reigning women’s tricks champion Neilly Ross, have been in Malaysia for the past week preparing for the world meet.

And they are optimistic that they are well ahead of the game as they seek another strong finish, with their main target to recapture the team title they last won in 2015.

“I actually came in March to look at the site here and to straighten everything out. So there was no hassle for us as we’re already ahead of the game,” said Canadian head coach Steve Bush.

“From March to now, the organisers have a done a lot of work to the site by preventing the backwash and putting the bricks down. The only issue here is mother nature, particularly the wind.

“But I believe we’re in good shape to win the team title. That is our goal since we missed it in 2017 and we’ve made some adjustments to the team.

“We certainly have a good chance but it’s going to be a roller-coaster ride. The US are always the top team that we’re after but there’s also strong teams like Belarus, France and possibly England as well.”

The Americans, featuring a squad of reigning and past world champions, are the defending champions and are definitely the team to beat. The 29-year-old McClintock, world champion in 2009 and 2011, however believes the Canadians are young but very dangerous.

“We’ve worked really hard to come out on top this time. This team is young but it is a strong team,” said McClintock.

“I think the difference from 2017 is that we added a few more backup tricking scorers to the team.

“The newest member to the team – Paige (Rini) – who is also my step-daughter, is good in tricks and is an overall athlete who will be a valuable member for the team race.

“Two years ago I let the team down unfortunately, in tricking. So hopefully we’ll get it back this time.”

Besides McClintock, Ross and Paige, the other members of the Canadian team include two-time men’s jump world champion Ryan Dodd, men’s overall world No. 3 Dorien Llewellyn and Stephen Neveu.

Meanwhile the Malaysian team are also ready for the challenge in their own backyard despite a mini crisis suffered by Aaliyah Yoong Hanifah two weeks ago.

The 16-year-old injured her left ear during a flip in training and was advised by doctors to rest for two weeks. Aaliyah, the reigning Asian champion in tricks, has however made a speedy recovery and is eager to jump back into action.

“I wasn’t going to rest with the worlds so close. Fortunately, I’m all healed up now and I’ve been preparing well, first under Larry Gisler and now Marian Malaquin,” said Aaliyah.

“I’m really excited for the world meet because this is the waters that I’ve been skiing in since I was young.”

The other members of the Malaysian team are Aiden Yoong Hanifah, Adam Yoong Hanifah and Nadiah Nasir. The opening ceremony for the world meet will be held at the grandstand of the Water Sport Complex from 6pm on Monday.

Federal Territories minister Khalid Abdul Samad is scheduled to flag off the event. Competition will start tomorrow (Monday) morning with the women’s slalom series 5 and 4, women’s jump series 3 and the men’s tricks series 5, 4 and 3.

The world meet is hosted and supported by the Putrajaya Corporation, the Malaysia Convention & Exhibition Bureau, an agency under the Ministry of Tourism, Arts and Culture, the Ministry of Youth and Sports and Nautique Boats USA.

Admission is free for all spectators with the preliminary rounds to start from Aug 13-16. The finals will be held on the Aug 17-18 weekend. 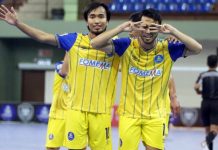