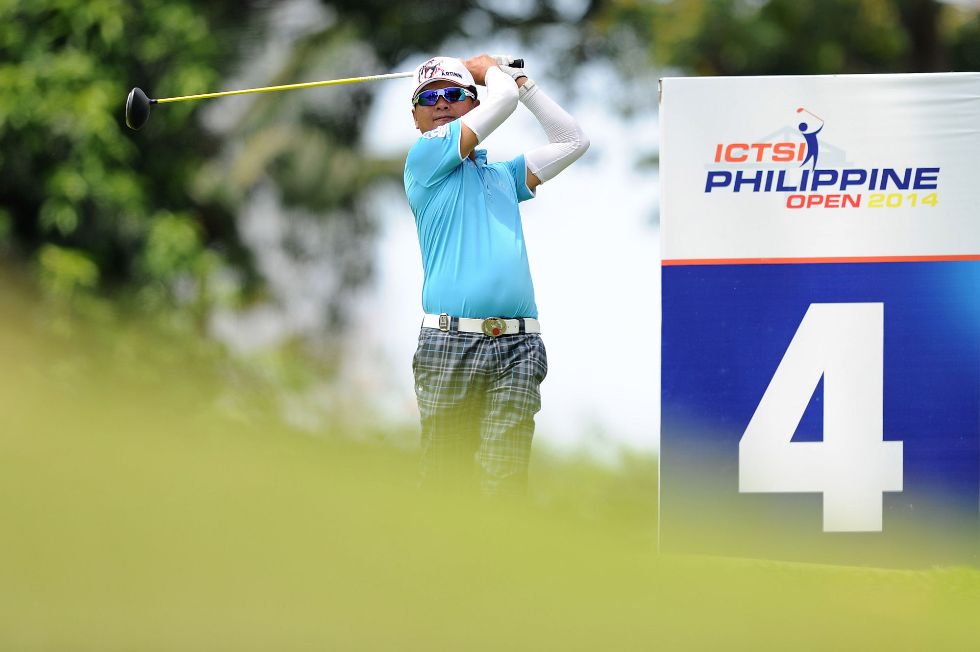 Lin Wen-tang of Chinese Taipei will adhere to the advice of his father to stay calm and patient when he challenges for his seventh Asian Tour victory at the US$300,000 ICTSI Philippine Open which starts on Thursday.

Wen-tang’s father, Lin Chia was one of Chinese Taipei’s top professionals and he has been a pillar of support to his son who will be among an elite field at the challenging Wack Wack Golf and Country Club this week.

Angelo Que, a three-time Asian Tour winner, will spearhead the local challenge alongside Frankie Minoza, Antonio Lascuna, Casius Casas and Miguel Tabuena in their National Open which returns on the Asian Tour Schedule after a one year hiatus.

Wen-tang has a bittersweet experience at the Wack Wack course, a venue where he won his sixth Asian Tour title last year and where he shot a 12 on the ultra-demanding par three eighth hole in the third round of the 2008 Philippine Open.

The tree-lined 191-yard eighth hole is the signature hole at Wack Wack where players must negotiate their tee shots onto a slightly elevated green which is guarded by bunkers.

“My father played on this golf course many times in his career and he will always remind me about the eight hole! Last week he told me to slow down and don’t be angry because he knows that Wack Wack is very challenging,” explained the 39-year-old.

“Every time I play on the eighth hole, I still remember the 12 which I shot! Now I always check my swing many times and slow down my tempo. I’ll listen to my father and I won’t hit it as quick as what I did back in 2008,” Wen-tang added.

He came prepared with Chinese herbs and vitamins to keep hydrated from the steamy conditions.

“I’m very worried about the weather because it is so hot. My wife gave me a lot of Chinese herbs and vitamin Cs so I don’t get dehydrated. Despite the heat and the tricky golf course, I’ll still try my best to win my seventh Asian Tour title,” said Wen-tang.

Tabuena will keep things simple at the ICTSI Philippine Open without thinking too much about what happened in 2012, where he entered the final round just one off the lead but stumbled to a disappointing 81 to finish joint 11th.

“I didn’t do anything really special this week. I’m going to treat it like any Asian Tour event. I do not want force myself. I just want to get myself into position like what I did in 2012. This course suits my game. It is fair for everyone,” said Tabuena, a fourth-grader who is currently home-schooled.

Siddikur hopes to overcome two missed cuts in his last two Asian Tour appearances at the ICTSI Philippine Open. The Bangladeshi played a pivotal role in the inaugural EurAsia Cup where he contributed two points in Team Asia’s tie with Team Europe in March.

“I had two unexpected scores in my last two events but I’m not feeling down. I’m still happy with the way I’m playing and once everything in my game clicks, I’m confident that I will be playing my best golf again,” said Siddikur, a two-time Asian Tour winner.

Thailand’s Jazz Janewattananond, who finished tied fifth in Indonesia last month, will be on red alert when he plays the eighth hole, which he claims to be the toughest par three in Asia.

“I never play on such a difficult par three before but if you hit it on the right spot then you will be fine. I’ll be happy if I run away with four pars on that hole. I don’t want to chase for the win. When I keep giving myself chances then I’m quite confident the win will come sooner or later,” said the talented 18-year-old.

Press Conference with Anirban Lahiri, Angelo Que, Mardan Mamat and Berry Henson will be on Wednesday (May 14) at 2pm at the Wack Wack Golf and Country Club media centre.