Home International Westwood on a high after Masters outing 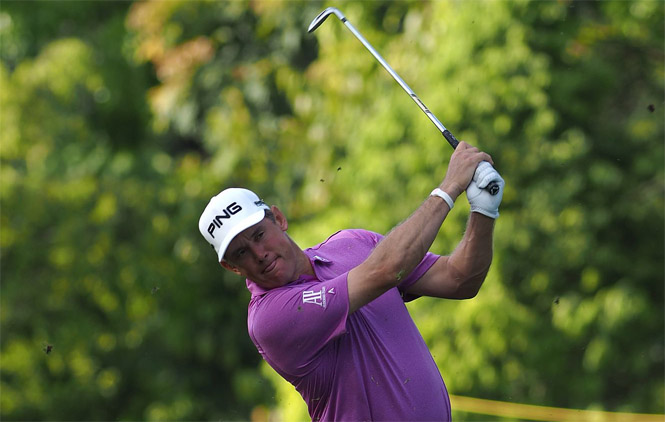 LEE WESTWOOD of England is in high spirits ahead of the Maybank Malaysian Open, which starts tomorrow, after finishing seventh in last week’s Masters Tournament. His performance at the Augusta National Golf Club was his best of the season and he is confident he can continue that fine form at the Kuala Lumpur Golf and Country Club despite the long journey and a 12-hour change in time zone.

“My game’s coming along nicely,” said the 40-year-old Westwood. “I started working with my new coach, Mike Walker, about six weeks ago and I’m starting to hit the ball a lot better. I’ve got a lot more control, I’m driving it a lot straighter and distance control is coming back. I’m hitting my iron shots a lot closer, and my confidence is building all the time.”

Westwood is a former Malaysian Open champion, having won the title in 1997 and he has close affinity with Malaysia, a country where he used to be a touring professional.

“It’s been seven years since I last played in Malaysia and it’s certainly nice to be back,” said the Englishman, who has won 12 of his 40 professional titles in Asia. “I’d forgotten what a fun city Kuala Lumpur is and how nice the people are here,” said Westwood.

“Strangely, I remember more about 1998 than when I won in 1997. I came back as defending champion and lost in a play-off. I hit it in a tree with a driver off the deck. But the win was only my third as a professional, so it was important. I was picking up the winning habit quickly and never really got out of it. It was a good platform for me.

“I’ve had a lot of success in Asia but I don’t really know why. Perhaps it’s the grass, or the heat, but I do tend to play well out here and I enjoy it,” added Westwood.

The 2012 Maybank Malaysian Open winner Louis Oosthuizen of South Africa believes his game is in great shape and he will be determined to bounce back from a ‘disappointing’ result at the Masters Tournament where he finished tied 25th.

“It was a disappointing week. I felt that I played a lot better than finishing in 25th place. You always learn something at Augusta (National Golf Club). My game is feeling good. I played nicely this morning. I think it will all come down to making putts here,” said the 2010 Open Championship winner.

Oosthuizen will be spurred on by the memories of winning the Maybank Malaysian Open two years ago where he was greeted by hugs and kisses from his young daughter on the 18th green after sinking his winning putt.

“It is always an advantage when you won on a golf course before. Not much has changed so you got to play well and get the ball in the hole! You definitely feel a bit more comfortable when you have won on a course before,” said the South African.

Italy’s Matteo Manassero hopes to relive the winning feeling of his success in the 2011 Maybank Malaysian Open when he became the youngest winner of the prestigious event at the age of 17.

“I’ve been back every year since I won, and every time has been a great. I like this place, this event, this golf course and the atmosphere here. The people here really care a lot about this tournament and about golf, and you get good crowds. It’s really grown every year,” said Manassero.

He missed the halfway cut at the Masters Tournament and will need to overcome jetlag after arriving in Malaysia on Tuesday morning.

“The 12 hour time difference is really hard to handle. We arrived on Tuesday morning and we start tomorrow, so I think the first couple of days I’ll just be trying to hang in there and try to not fall asleep or switch off on the golf course. That’s going to be really important,” said Manassero.