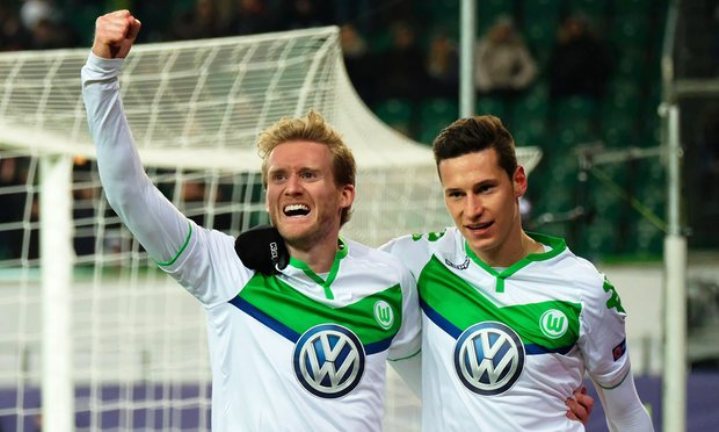 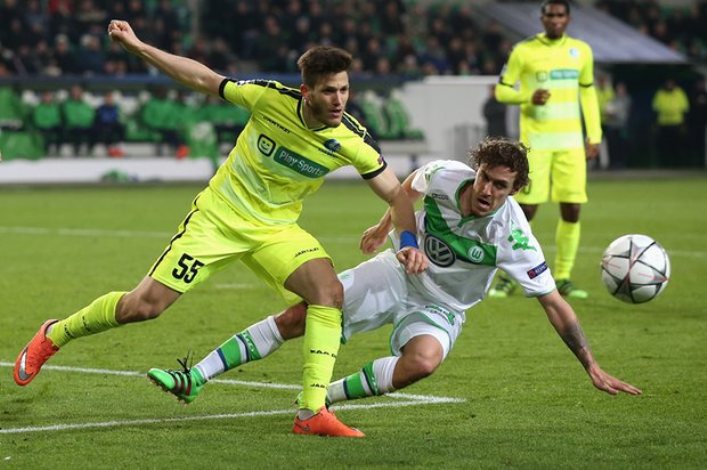 Having fired Wolfsburg into the Champions League’s quarter-finals Andre Schuerrle wants to face ex-club Chelsea in the last eight, because he still has a soft spot for the Blues.

“It would be awesome to draw Chelsea. I still love the club,” said the Germany winger who played for the Blues from 2013 until January 2015.

With Wolfsburg in the quarter-finals for the first time in their history, Schuerrle now hopes Chelsea beat Paris St-Germain at Stamford Bridge on Wednesday having lost the first leg 2-1 in the French capital.

Schuerrle’s 74th-minute strike sealed Wolfsburg’s 1-0 win over Gent on Tuesday as the German Cup holders marched on in Europe with a 4-2 aggregate victory in the last 16.

“It just shows that I’m back when you pop up with a goal in a game like that,” said Schuerrle, who has only cemented his place in the starting side in the last week.

After struggling to make an impact in his first year at Wolfsburg, Schuerrle has broken into the first-team after moving in from the wing to partner Max Kruse up front.

He scored his first Bundesliga hat-trick in last week’s 4-0 drubbing of Hanover to silence criticism in the German media after weeks of struggling for form.

Schuerrle poured praise on his Germany and Wolfsburg team-mate Julian Draxler, who pushed through the pain barrier to set up the winning goal at the Volkswagen Arena.

The 22-year-old suffered a dead leg in the first half but swallowed some pain-killing tablets, then danced around Gent’s wing-back Nana Asare to provide the cross for Schuerrle to fire home.

“Julian was outstanding, a large part of the goal was down to him. The ball fell at my feet,” said Schuerrle.

Both Draxler and Schuerrle have been outstanding in recent weeks.

Wolfsburg coach Dieter Hecking says his Germany stars are proving themselves in the fight to climb from seventh in the German league table to try and secure a Champions League place for next season.

“He took a lot of criticism, but it was important that he kept believing in himself. Many would have been broken by the criticism,” Hecking said of Schuerrle.

And Draxler’s desire to play through the pain barrier impressed his coach, who says the attacking midfielder has stepped up his game.

“It’s exactly the way Julian should be playing. Everyone can do the easy stuff,” said Hecking about the midfielder Wolfsburg bought for 35 million euros ($39.4m) from Schalke.

“When you want to be a top player, you have to accept difficulties like this and that is exactly what Julian showed he can do.” – Agence France-Presse