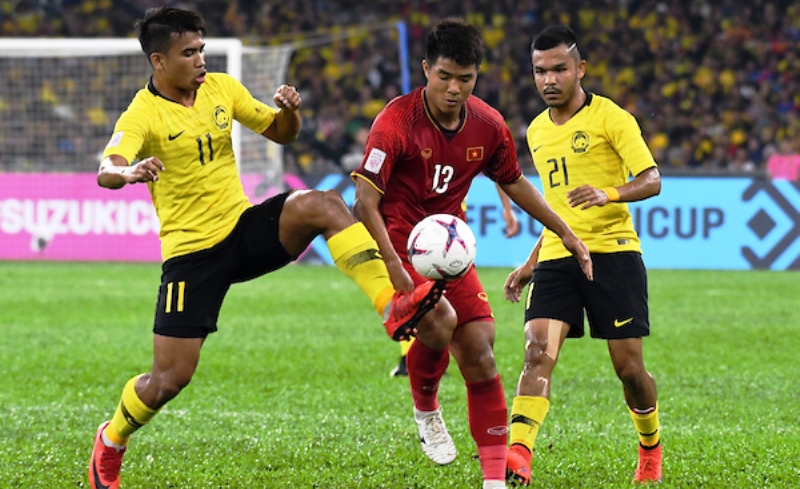 The Harimau Malaya left for Hanoi this morning for their Group G match in the World Cup 2022/Asia Cup 2023 qualifier against Vietnam – the reigning AFF Suzuki Cup champions who denied Malaysia the Asean title.
And national football head coach Tan Cheng Hoe rightly issued a strong message not to be carried away with the 6-0 win over Sri Lanka in a friendly international at the National Stadium in Bukit Jalil on Saturday.
“The big win over Sri Lanka is morale and confidence booster but it stops at that. Vietnam is a different kettle of fish and we have to be wary of they are a serious threat,” said Cheng Hoe from the airport on Monday morning.
Cheng Hoe also reminded his players that Harimau Malaya’s last two visits to My Dinh were “painful” when Malaysia failed to find the net.
“End the goal drought in My Dinh. Get an early goal to boost our confidence. An early goal will put the pressure on the home team. We have an important mission to achieve.”
Malaysia had mixed fortunes in the two matches they have played in Group G – a morale-boosting come-from-behind 3-2 win over Indonesia at the Gelora Bung Karno Stadium in Jakarta and a heart-breaking 1-2 defeat to group favorites the United Arab Emirates at home.
The national team goes into the Vietnam match with the big win over 202 ranked Sri Lanka with newcomer Syafiq Ahmad plundering a hat-trick. The other scorers were Sharul Saad, Norshahrul Idlan Talaha and Akhyar Rashid.
Three players have been dropped from the Hanoi trip – J. Parthiban, Shahrel Fikri, and Nor Azam Azih – due to injuries.
Naturalized Malaysian, Mohamadu Sumareh did not play against Sri Lanka because of suspension the Gambia-born is expected to feature prominently in Cheng Hoe’s match plans in Hanoi.
”We have three days in Hanoi to see who will feature in my match plans. I am keeping my fingers crossed that the team will be injury-free,” added Cheng Hoe. – BY RIZAL ABDULLAH