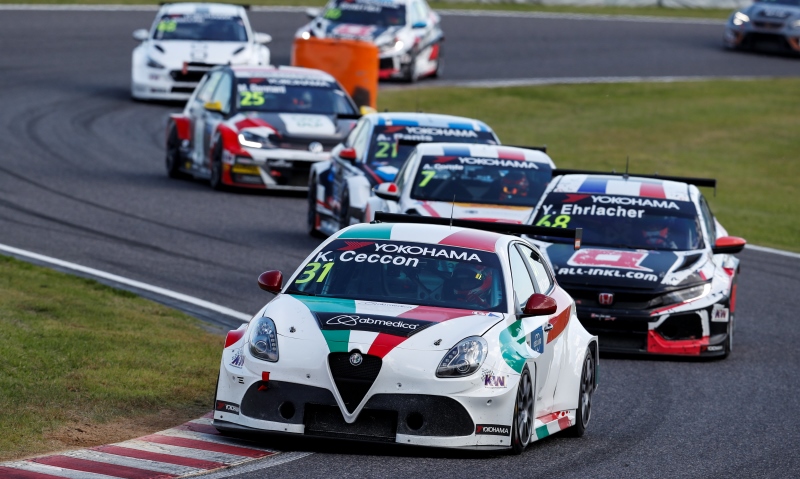 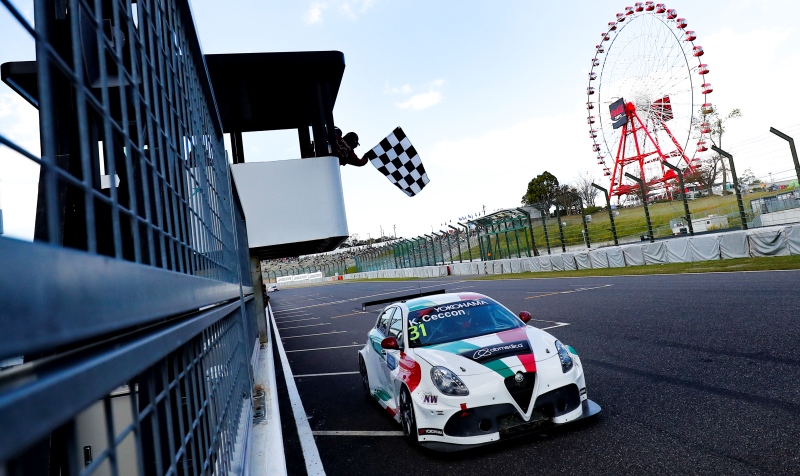 Team Mulsanne will return to the WTCR – FIA World Touring Car Cup presented by OSCARO in 2019, running the Alfa Romeo TCR developed by the Romeo Ferraris organisation in northern Italy. Michela Cerruti, the company’s Operations Manager, has spoken about how success on track in WTCR / OSCARO has resulted in car sales tripling.

From early struggles…
Prior to WTCR Race of Slovakia in July 2018, the Romeo Ferraris Alfa Romeo TCR project was struggling to make an impact in the WTCR. Then a top-five finish for Fabrizio Giovanardi and points for team newcomer Kevin Ceccon gave reason for hope. That hope turned to joy when Ceccon scored a breakthrough win for the Giulietta TCR at WTCR Race of Japan, sending the small but well-drilled Romeo Ferraris outfit into ecstasy – and the order book for new cars through the roof.

…to customer growth in 2019
From five Giulietta TCRs competing regularly in 2018, Michela Cerruti, expects 15 to be in action this season, proof that the old maxim of ‘win on Sunday, sell on Monday’ remains pretty much true to this day. “The real step forward for us was Slovakia because people realised the car could be in the top 10 of a world championship, then in the top five and then in the victory like it was in Suzuka,” Cerruti says. “We got many, many requests from that point on, both from people who were half-convinced to take the car, but also from people who had never heard about the Giulietta, but found out that it was existing after Suzuka and that it could be competitive.

“This year we have sold five cars in 10 days, including to customers in Australia, Japan and Denmark. We have cars in China and two cars in the IMSA championship in the US. Last year they did only a couple of races in the US but now they have decided to enter the two cars they have for the full IMSA championship. That means the cars can be seen and now we have cars in strategic places. I have been pushing to have customers to touch all the parts of the world. Other countries are getting interested, the TCR platform is so big.”

Success means hard work for small team
But the success hasn’t come easily, as Cerruti is quick to point out. “We build the cars but at the same time we race the cars and then we also take care of the customers we have around the world. From mid-2018, when the cars started to be competitive in the WTCR, the situation changed quite a lot with the interest. But we are not 100 people, we are something like 16 with 10 people working all the time doing everything. We are busy 100 per cent, 365 days a year.”

Like an ant fighting against a giant
However, being small has its positives, too. “Potential customers like the fact we are small and do something with passion,” Cerruti says. “At first some results were lacking, we had less cars on track so we had less chances to make a result. For the first half of 2018 it was hard.  We needed to show the car could be quick in WTCR, because being quick in TCR Italy, for example, was not enough to sell the car because people expect us to be quick in Italy.

“To win in WTCR was like an ant fighting against a giant. If people can see you consistently in the top 10 it has a huge value, the same value as winning 10 races in Italy. That’s because WTCR is a different level, it’s the reference point for everyone to understand which car is competitive or not.”

Focus on two in WTCR
The rise in car orders has not only stretched human resources, it has also put pay to an expanded WTCR / OSCARO assault in 2019, as Cerruti concedes. “We wanted to grow to four cars in WTCR and I would have done it if I had the cars at the workshop. I was sure that I would have these cars at the workshop but they have gone to customers. From one side I’m happy, but from another side I am a little bit disappointed because we wanted to grow as a team and have more chances to make points and victories in WTCR. But we have to find the right balance between selling cars and racing them.”

Customers remain the top priority
With the start of WTCR / OSCARO season two getting closer, the priorities for Romeo Ferraris are clear, as far as Cerruti is concerned.

“We have two different kinds of priority which are exactly on the same level. One is to go on making the Alfa win and have good results overall in the WTCR because that’s the place where we have the biggest feedback and also from the media point of view. It’s the most competitive TCR level in the world. If we can be competitive then this will give motivation to our customers around the world because they can see if we win they are confident to have a winning car and they are much more motivated. If we don’t win they feel it.

“The other first priority is take care of our customers. Even if it’s sometimes not easy because they are on the other side of the world we have created online systems and online strategies to be always with them even when we are physically in another place. It’s nice because we establish a very good relationship and a very good level of communication with them. We are all racing together all of the time.”

Ready for another step
Asked how Romeo Ferraris plans to keep winning in WTCR / OSCARO, Cerruti has confirmed there will be changes to the Giulietta TCR. “We will have something new,” she says, without giving too much away. “We have learned a lot from last season. We ended 2017 with a winning car in TCR International but we started in WTCR with a car that was not competitive enough, but we recovered during the season. This time we are expecting the level to get higher and higher because there will be improvement from everyone. We do not want to be unprepared like we were last year because this year will be another step. In 2018 had no experience with Yokohama, this time we have. I don’t want to say we will win the first race because I have to be realistic as the competition will be crazy high and the level of the drivers is incredibly high.” 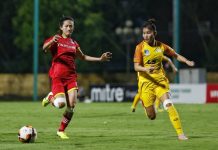 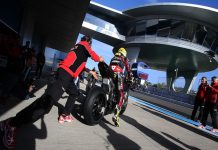 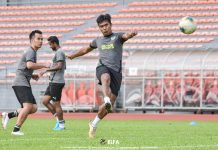