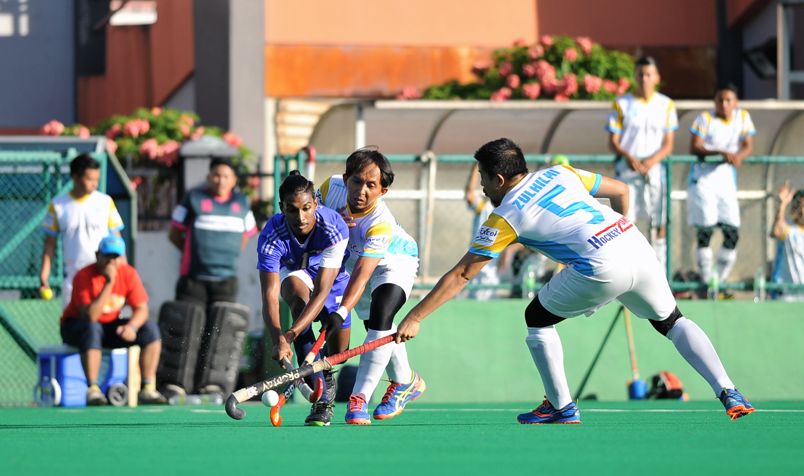 UPM-KPT’s title race suffered a setback this week when X-Matrix fought back to force a 3-3 draw at the end  of an exhilarating encounter.

UPM-KPT started off strongly taking the lead in the 11th minute with a well-executed penalty corner by Amir Zulkarnain. UPM-KPT then went on to double the advantage in the 22nd minute through a Mohd Fadzil field goal.

X-Matrix were not about to give up when they replied back in the closing stages of the second quarter, Ahmad Tarmizi Ismail put the finishing touch to a set play to pull one back for this team.

It was back and forth in the third quarter as both team tried to take control of the match. UPM-KPT’s forward Faridzul Afiq pounced on a loose ball in the X-Matrix circle on the 39th minute to score and restore UPM-KPT’s
two goal cushion.

X-Matrix penalty corner set play were the key feature in the match as they used it to full effect. Hairulnizam Maizan made it 3-2 at the end of third quarter off a penalty corner conversion.

In the last quarter, UPM-KPT again took the lead in the 47th minutes through a M. Saravanan field goal to restore UPM-KPT’s two goal advantage but X-Matrix did not give up as they battled back.

Amir Farhan Kamarudin’s deflection into the UPM-KPT goal spurred on his X-Matrix team.  With UPM-KPT on the back foot, a penalty conversion  from Hairulnizam Maizan gave his team the well-deserved equalizer
on 54 minute.

In Division 2, both Navy Dolphins and Selayang Hockey Club will face each other on Sunday November 13th to determine the champions of the division.

RMAF Rajawali’s challenge suffered a blow as the Technical Committee of the league upheld a protest made by the RAMD Jnrs team.

UNITEN IVY is one match away from clinching the Women’s League Division title as their unbeaten run continue when they defeated IIUM Mustang 4-0.

The university team will be crowned Champions if they beat Prodigy Babes on Thursday or Zaba girls on Sunday in Pandamaran.

As the league comes to the final stages, teams are battling for points to qualify for the QNET Challenge Trophy.

The knockout stage matches that offer up a total prize money of RM 6,000 will kick off on November
19 with the grand finals scheduled for end of the month. 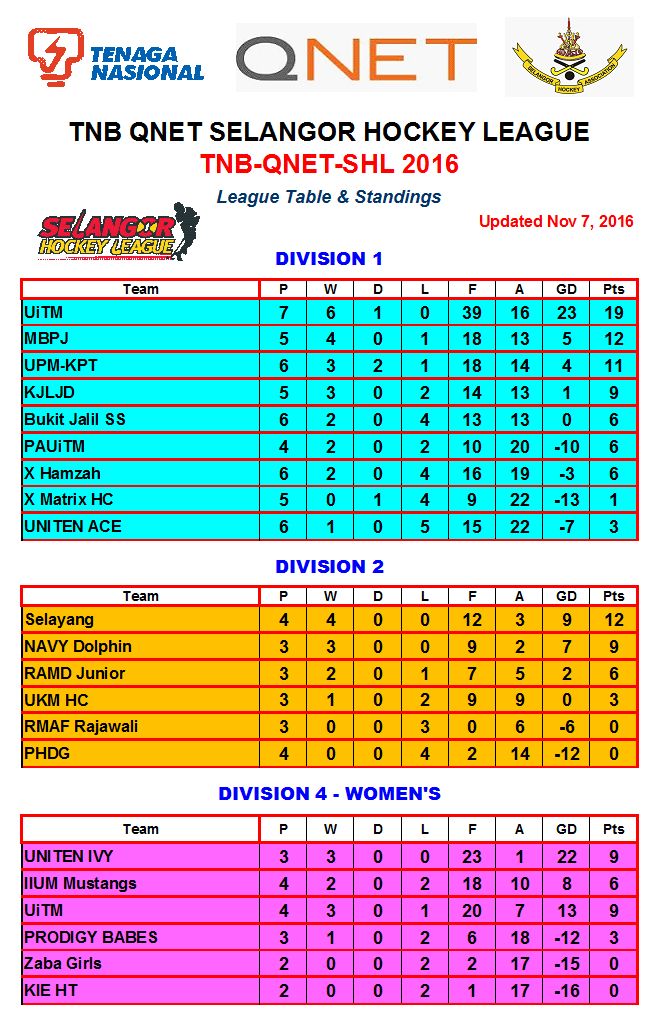