Women’s singles world #2 Akane Yamaguchi earned more in prize money than any other badminton player in 2017. While China’s Chen Qingchen is 2nd on the list for the second straight year, this time she took in more than any doubles player has ever won.

Badzine reveals today the list of the top 50 badminton earners based on prize money awarded during the 2017 season for all Badminton World Federation (BWF) ranking tournaments.

At the halfway point this year, one player was on track to break the $US300,000 mark for the first time and several others were not far behind but it was Japan’s Akane Yamaguchi who leapfrogged them all and ended up the highest paid of the year, winning more in the last four months than men’s singles world #1 Viktor Axelsen – 9th on the list – won all year. Yamaguchi finished the year with $261,363, from 15 tournaments.

Chen Qingchen, who is the only player to finish the year ranked #1 in the world in two categories, was again the highest-paid doubles player and indeed she finished with over $10,000 more than Zhao Yunlei’s 2014 total. This makes the Chen the ‘richest’ doubles player in any calendar year on record. Denmark’s Viktor Axelsen also hit an all-time high, of sorts.

While he was short of Carolina Marin’s European benchmark from two years ago, he did still manage to become the highest-paid European male player so far, in prize money terms.

2017 also marked the first time since Badzine started compiling these numbers back in 2011, that the top three prize-winners were all of one gender. Last year’s leader Tai Tzu Ying fell to third on the list this year, behind Yamaguchi and Chen. Although Tai made slightly more in 2016 than Yamaguchi did this year, the overall rise in available prize money is evidenced by the fact that five players won over US$200,000 each in 2017.

The last time that five players passed this milestone was in 2011, when several players benefited from two editions of the Superseries Finals being held in the same calendar year.

Amazingly, the top two in terms of prize money are also among the youngest top ten players in world badminton.

Chen Qingchen turned twenty years of age last June just a couple of weeks after Akane Yamaguchi. The only teenager on the attached list was none other than Chen Yufei, the shuttler who came in at exactly 50th in total prize money. Chen was the recipient of the BWF’s Eddy Choong Most Promising Player Award in Dubai, where she also competed.

The 19-year-old Chen Yufei is ranked #8 in the world partly on the strength of her bronze medal at the World Championships but there are actually nine medallists from Glasgow and dozens of top ten players who did not make it to the top 50 in 2017 in total winnings.

The highest-ranked players not shown here were England’s Chris and Gabrielle Adcock, who finish the year at #5 in world ranking points but tied for 98th in terms of prize money.

2017 marks the end of the Superseries era as we know it. As far as prize money goes, the numbers should start to increase markedly in 2018. While the total prize money for the 32 events at Grand Prix-level and above this year came to just over US$10 million, the top 27 tournaments next year are required to yield a minimum of $12.1 million, even before the inclusion of the Asian Championships and the Level 6 (or erstwhile Grand Prix) events. 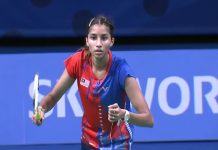