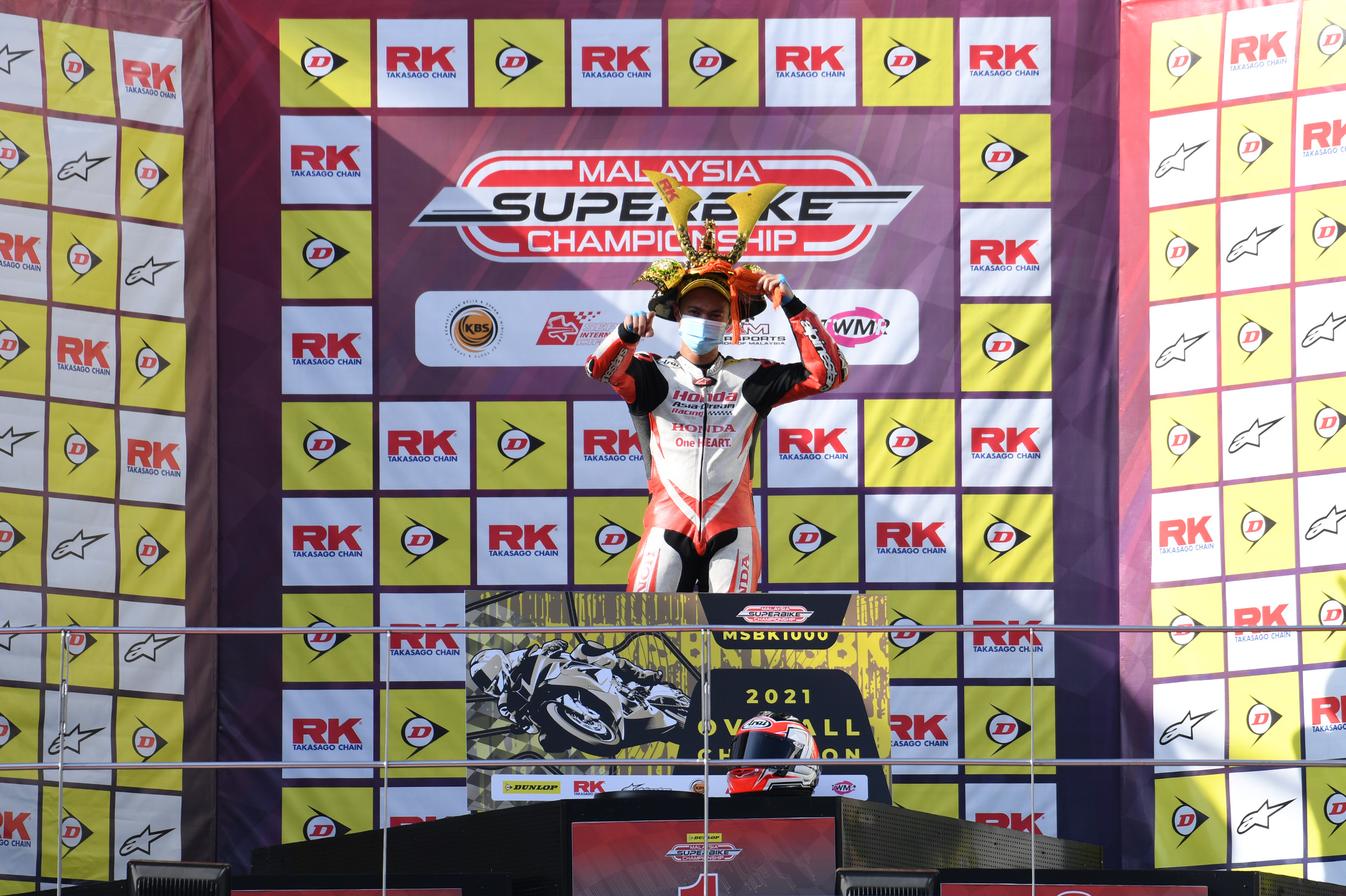 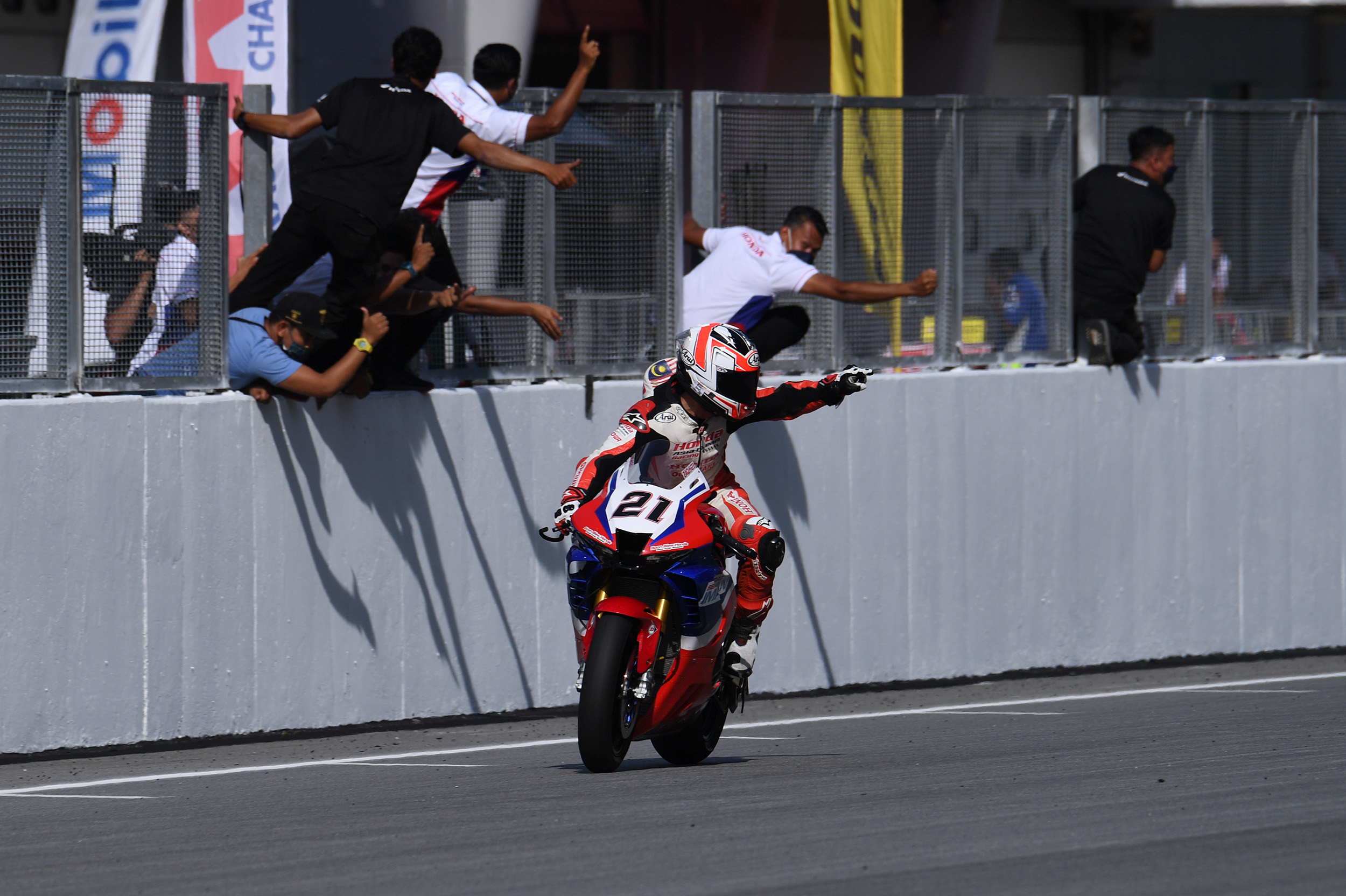 Equipped with a brand new Honda CBR1000 RR-R at Round 2 of the MSBK last weekend, a hattrick of wins placed the title hunt directly in Zaqhwan’s control. After a tough battle against Kasma Daniel in Race 2, Zaqhwan capped off a successful win with a lights-to-flag win in Race 3.

“I am so thrilled and so pleased with the outcome of this weekend. Finally, I have a chance to get a taste of the new bike,” said Zaqhwan. The new bike was slated to be Zaqhwan’s ride in the FIM Asia Road Racing Championship but with the event cancelled due to the pandemic, this was the first time the Honda rider had had the chance to be competitive on the bike.

“We got some really good mileage with the bike this weekend. Kudos to my team for their superb engineering getting the bike in race shape within record time. I can’t wait to race this bike in the ARRC next year because I believe that this will make me super competitive,” said Zaqhwan who won Race 3 with a time of 21’27.869s, 4.2 seconds ahead of the rest of the grid.

Behind Zaqhwan, Azlan Shah Kamaruzaman posted his best result of the weekend when he finished second in Race 3. The ONEXOX TKKR Racing Team rider had been struggling with bike setup throughout the duration of Round 2.

Ibrahim Norrodin was on song in the MSBK 600 when he picked up his own hattrick of wins over the 3-day weekend. The SIC Racing team rider finished strong when he won both Race 2 and Race 3. 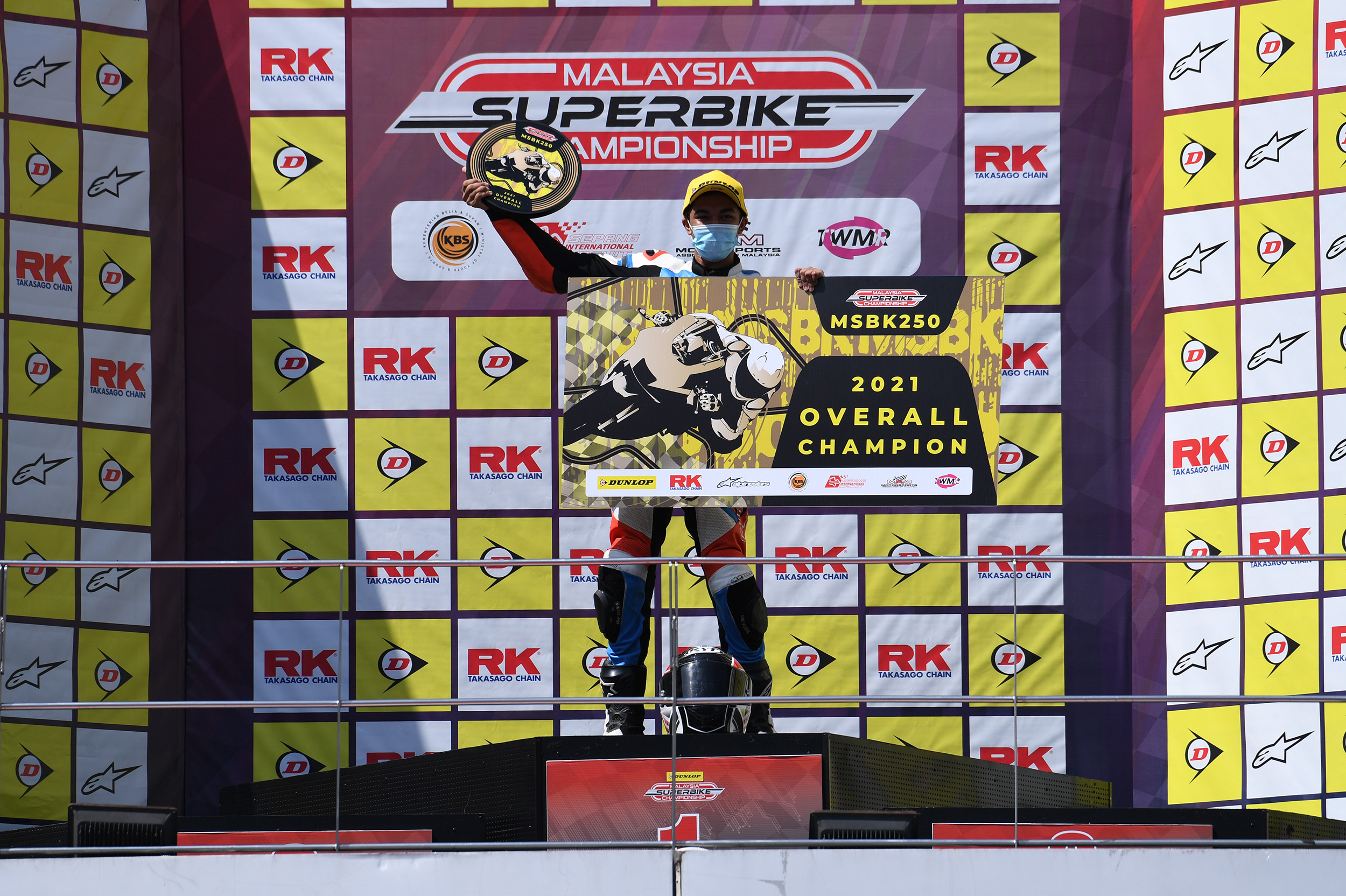 However, it was Ibrahim’s team mate Mohd Syarifuddin Azman who had the most to celebrate. Despite not winning a single race over the course of the two rounds in 2021, Syarifuddin’s play-it-safe strategy paid off when he took the title with 105 points. Syarifuddin finished on the podium in five out of six races. The only race where he was absent from the podium was the final race of the season. He crossed the finish line in fourth.

Finally, the MSBK 250 title chase ended in favour of Mohd Izam Ikmal from the Boon Siew Honda Racing Team. After a flying start in Round 1, Izam finished fourth in Race 1, and second in both Race 2 and Race 3 in the finale. It was enough to give him the title with a 6 points margin ahead of Mohd Danial Syahmi.