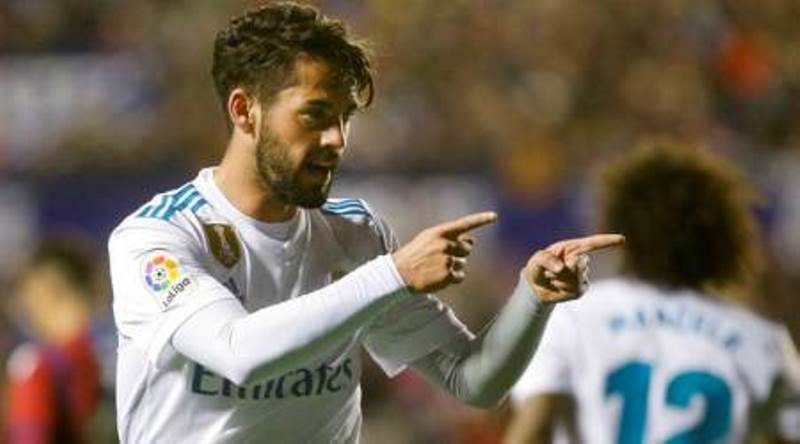 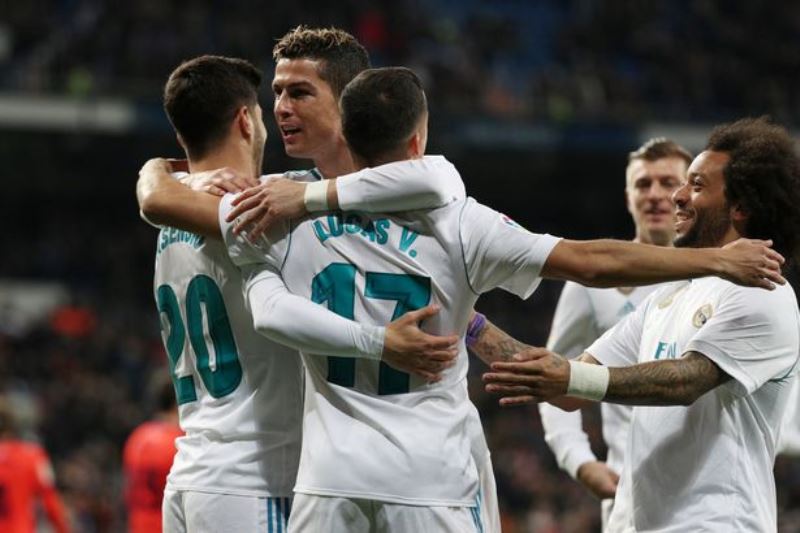 Real Madrid’s comprehensive 5-2 win over Real Sociedad on Saturday boosted confidence in the Spanish capital with the feeling that they have set themselves up nicely for the looming Champions League showdown with Paris Saint-Germain.

Cristiano Ronaldo bagged a hat-trick for the first time this season after Lucas Vazquez had opened the scoring inside 49 seconds at the Santiago Bernabeu as the visitors were blown away. Toni Kroos also found the net, with Real 4-0 up by the interval.

The victory might not do much to trouble La Liga leaders Barcelona, but it strengthens their place in the top four and confirms that Zinedine Zidane’s side are on an upward trajectory ahead of their season-defining clash with PSG.

“It makes things easier for you when you score an early goal. We showed lots of desire and we can be satisfied. It was good preparation for Wednesday,” said Zidane.

It was a result that went down well with the media, sports daily AS saying on their front cover on Sunday morning that Ronaldo had sent a “message to PSG”. The newspaper added: “The best Madrid of the season appears on the eve of the Champions League clash.”

Madrid have won three and drawn one of their last four league outings, scoring 18 goals in that time.

Ronaldo, meanwhile, now has 11 La Liga goals for the season, with seven coming in those last four matches.

“The Artillery, Ready for PSG”, was the headline on the front page of the other big Madrid sports daily, Marca, on Sunday.

“He always has that mindset, he lives for that, for scoring goals,” said Zidane of Ronaldo, who last week turned 33.

“He could have scored one or two more, and it augurs well for Wednesday.”

However, the undoubted downside for Madrid on Saturday was the way in which they switched off defensively in the second half, with the Basque visitors hitting the post and then pulling goals back through Jon Bautista and Asier Illarramendi.

The defending European champions have kept just one clean sheet in their last nine outings, and on Wednesday they must face the formidable PSG attack of Neymar, Edinson Cavani and Kylian Mbappe.

“We know Wednesday’s game is a knockout tie and we don’t want to concede a goal at home,” added Zidane, who saw Lucas Vazquez and Marco Asensio impress after being handed starts in place of Gareth Bale and Casemiro.

“There were things in the second half that were more complicated, but I’m sticking with the positives, with the five goals and our start to the match.”

Meanwhile, skipper Sergio Ramos indicated that such defensive lapses will not be repeated when it comes to what will be a huge Champions League night.

“Of course Wednesday’s game was on our minds in the second half. Our season will be on the line against PSG, so we started to go easy. Our objective is to go all out on Wednesday,” said Ramos. – Agence France-Presse