Home Badminton 100PLUS boost for Chong Wei ahead of Sudirman Cup 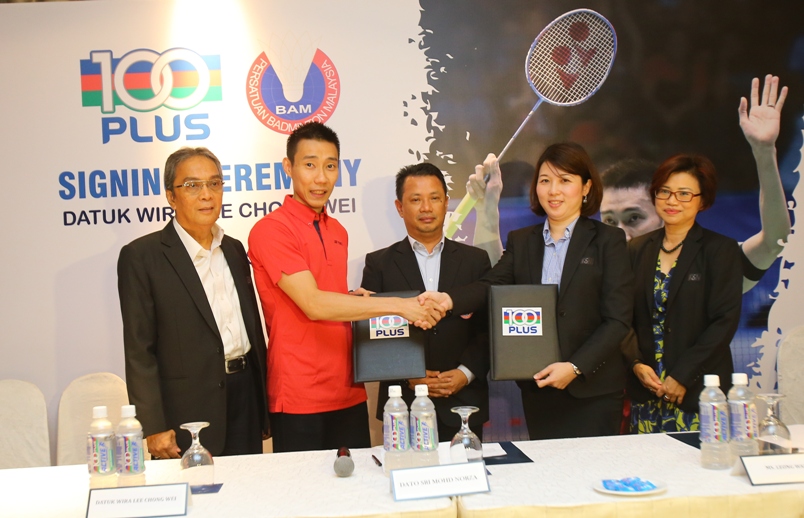 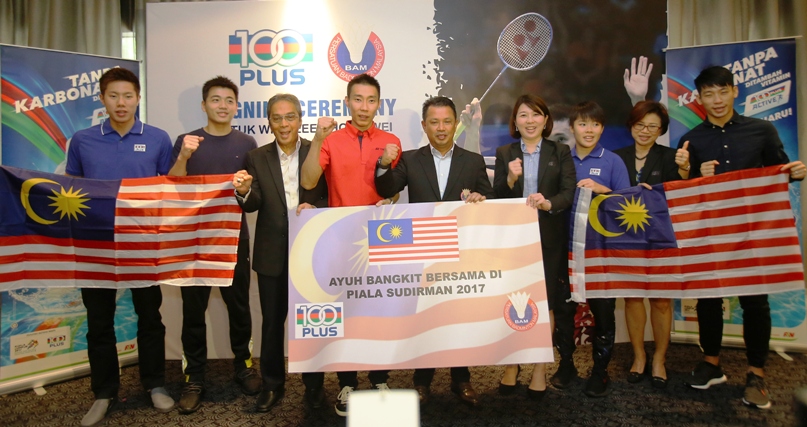 100PLUS, Malaysia’s No.1 isotonic beverage, has signed on the world’s No.1 singles player, Datuk Lee Chong Wei as its Brand Ambassador for another two years. The new agreement is timely as it will be a huge boost for Chong Wei ahead of the Sudirman Cup later this month.

“Our relationship with Chong Wei started eight years ago when he first signed with us. When the new term of this contract expires, we would have been working together for a decade. Over the years, he has been an exemplarybrand ambassador and we are delighted to continue our partnership with him for anothertwo years,” said Ms Leong Wai Yin, 100PLUS Marketing Manager, here today.

“Chong Wei has been an inspiration to all Malaysians, his fighting spirit and his passion for the game is remarkable. We hope that many more Malaysian athletes, especially the younger ones, will be driven to emulate Chong Wei’s success on the world stage.”

“As Chong Wei embarks on another challenging year, we would like to wish him the very best in the forthcoming Sudirman Cup (Australia) and also the World Championships in Glasgow this August,” added Wai Yin.

Chong Wei will be leaving for the Sudirman Cup on Wednesday along with other 100PLUS Ambassadors, Goh V Shem, Tan Wee Kiong, Chan Peng Soon and Goh Jin Wei. Goh Liu Ying, who is also a 100PLUS Ambassador, will not be playing as she is injured.

Meanwhile, 100PLUS recently launched the non-carbonated isotonic drink, 100PLUS ACTIVE earlier this week in conjunction with the Kuala Lumpur 2017 SEA Games and Para Games in August and September respectively.

100PLUS ACTIVE will be the ideal drink for the athletes in the Kuala Lumpur Games. Athletes aiming to achieve peak performances and in their quest for medals will be able to consume this non-carbonated beverage during events.

100PLUS ACTIVE has a special non-carbonated formulation to quickly rehydrate and replenish the fluids and electrolytes lost during exercise and sport, and re-energises with added Vitamin B3, B6, B12.  Vitamin B3 is scientifically proven to help release energy from protein, fats and carbohydrates.  In another important development, the Ministry of Education recently accorded 100PLUS and 100PLUS ACTIVE with the Healthier Choice drink.

100PLUS ACTIVE also comes in an all-new bottle with sporty grooves to provide a better grip for slick, sweaty hands.  A new 100 PLUS ACTIVE logo has been designed, capturing the speed and energy of the human body in motion.

100PLUS is committed to youth development programmes and currently supports the National Football Development Programme (NFDP), Liga KPM (under MSSM), Purple League Junior Championship and the 100PLUS Malaysian Junior Open golf tournament.  100PLUS is the recommended drink of the National Sports Council.