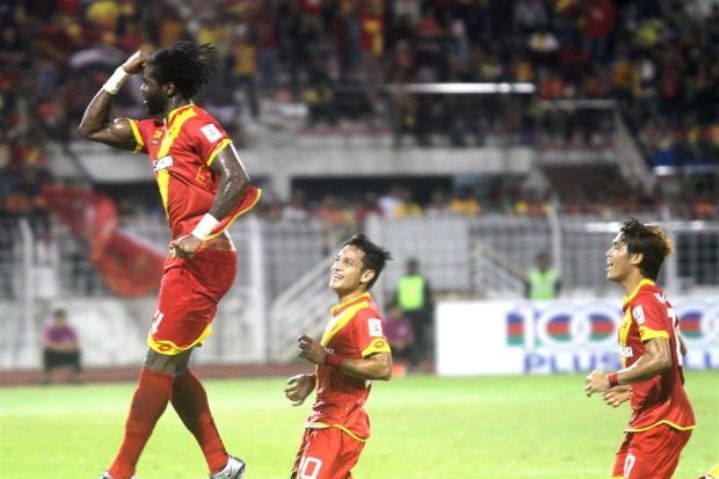 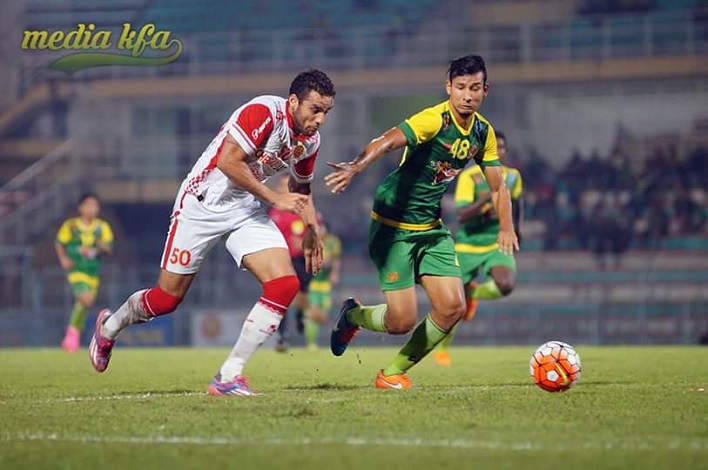 # Pahang remain winless after 2-1 defeat to Terengganu at home

# Penang battle to a 1-1 draw against Perak

At the end of the match it was JDT’s Farizal Marlias who was left smiling while Felda United’s Farizal Harun was a disappointed man despite his team taking the lead after 28 minutes through Uzbekistan striker Lutfulla Turaev.

A delightful lob over the head of JDT defender Aidil Zafuan Abdul Radzak by Hadin Azman allowed Turaev to sneak behind Aidil and plant power packed header that took a bounce inside the six-yard box to hit the back of the JDT net.

The Fighters grew in confidence as the match progressed but JDT never gave up, With the wealth of talent they have in their squad, the Southern Tigers were always dangerous with their buildups.

And it was all square after 50 minutes when Jorge Pereyra Diaz fired home a stinger from outside the box – catching Farizal Harun who had come off his line and was caught upfront in the six-yard box.

Still, Felda were very much in the picture but all that changed when they were a man short after 62 minutes with Adib Aizuddin Latif was sent off for an early shower for a second bookable offence.

JDT picked up steam from the numerical advantage and substitute S. Chanturu drilled home a scorcher into the far corner after being set-up by Diaz in the 8rd minute.

With the win JDT thus avenged their 2-1 defeat to Felda at the Larkin Stadium on November last year – a defeat that only denied the Southern Tigers a place in the Malaysia Cup semi-finals but also shattered their unbeaten home record since October 2013.

JDT remained unbeaten after four matches in the league and have 10 points but Selangor are on top also with the same number of points but a better goal difference after their come-from-behind 4-2 win over Sarawak at the Selayang Stadium.

Former Pahang player R. Gopinathan made it 1-1 after 25 minutes when he was left unmarked at the far post and he finished off a delightful cross from Patrick Ronaldinho Wleh on the right.

Wleh then took over the scoring to score a brace with strikes in the 28th and 56th minutes for a 3-1 lead before Arif Nasrulhaq made it 4-1 in the 66th minute. Gilmar Filho converted a penalty on 76 minutes but the Red Giants stood firm.

It is fast turning out to be a miserable start for Pahang in the Super League and the Elephants are rooted at the bottom of the table without a point after four matches following a 2-1 defeat to neighbours Terengganu at the Darul Makmur Stadium in Kuantan.

Terengganu were 2-0 up after 24 minutes with goals by Amirul Syahmi Ashari with his first coming after 14 minutes. The homesters pulled one back through Salamon Raj in the 48th minute but it did little to change the outcome.

Perak did well at the City Stadium to hold Penang to a 1-1 draw and share the spoils with Syahrul Saad netting the equaliser on 45 minutes after the Panthers went ahead through Osas Marvellous in the 20th minute.

T-Team (Terengganu FC II) could not turn their homeground advantage into full points and settled for a 1-1 draw against Police at the Sultan Ismail Nasiruddin Shah Stadium in Kuala Terengganu.

Police scored first through their Maldives national skipper Ali Ashfaq from the penalty spot (34th minute) before Makan Konate scored for T-Team in the 70th minute.

Meanwhile in the only Premier League match played on Tuesday at the Hang Jebat Stadium in Malacca the homesters were held to a scoreless draw by Negri Sembilan.