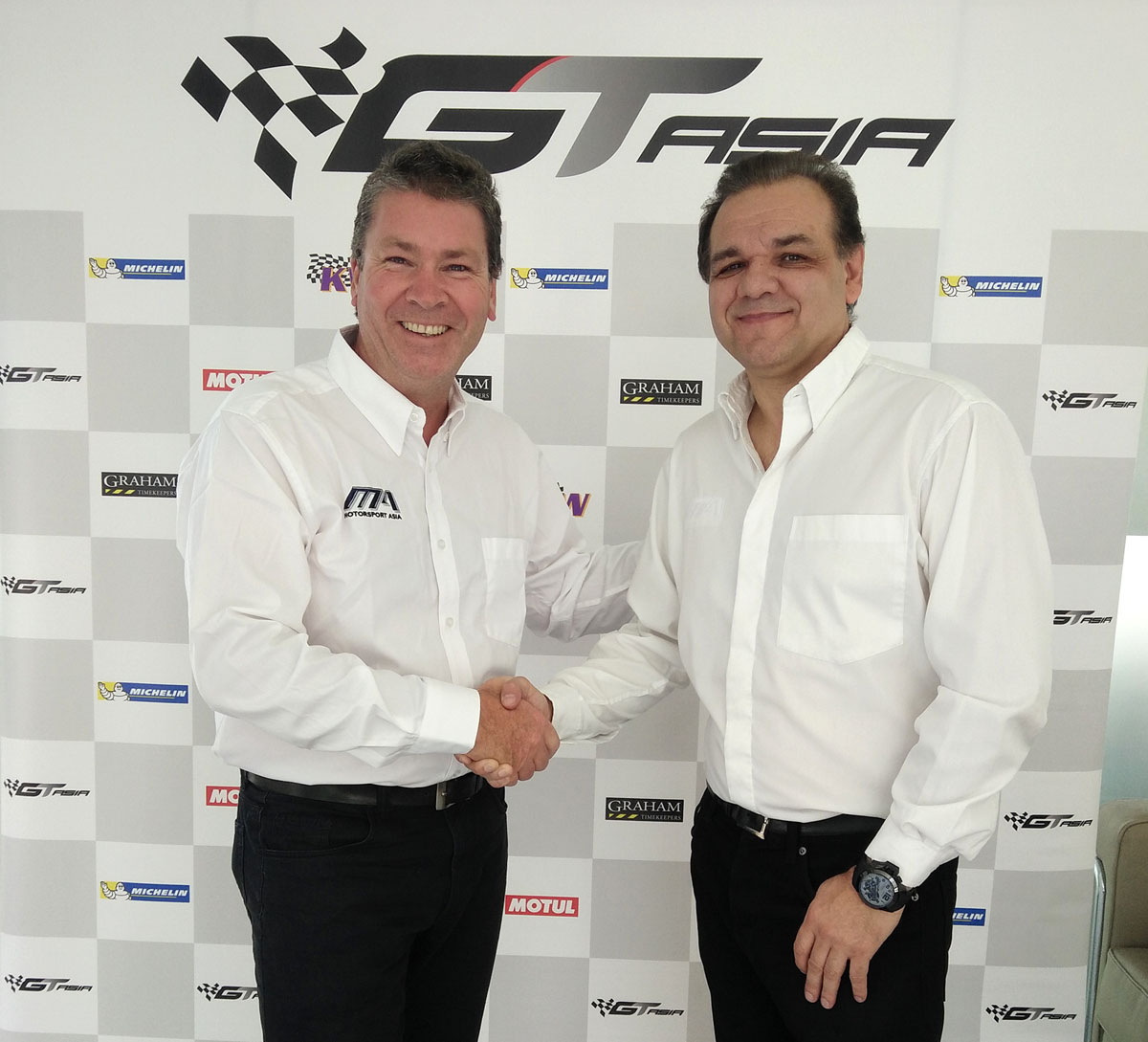 Experienced Australian motorsports professional Rod Wilson will join the expanding GT Asia Series for 2016 in the role of Series Manager. An experienced former racer, promoter, driving instructor and tyre supplier to various championships in Australia over more than 30 years, Wilson will play an integral role in the expansion of Asia’s leading GT championship which is now under sole management by Motorsport Asia Limited.

“We’re excited by what Rod brings to the role, his experience in managing the various different aspects of what it takes to run a championship at this level will prove invaluable,” David Sonenscher the CEO of Motorsport Asia said.

Involved in team management and the introduction of one of the world’s leading tyre marques into the national GT championship in Australia in recent years, Wilson’s GT3 experience will prove invaluable in his new role.

“There’s no question that the Asian market is where the world’s focus is at present, so it has always been on my radar as an area where I’d like to be involved,” Wilson explained.

“I have been talking to Motorsport Asia over the last 6-12 months about what opportunities they might have to utilise my skills, and with the recent takeover by Motorsport Asia as the sole promoter of the GT Asia Series, an opportunity became available for Series Manager, and I didn’t need to be asked twice.”

Wilson’s responsibilities for the series will include liaison with the many international teams involved in the championship, as well as management of the logistics of each event, including dealing with circuit management, series partners and Motorsport Asia management.

“It’s really an exciting opportunity,” Wilson added. “I have had experience in the Asian region in the past with official tyre testing as well as driver training. I’ve also managed to circulate a few of the Asian circuits at speed as a driver, so it’s not all going to be new to me, but I couldn’t be happier to be back involved with GT3 competition.”

Wilson’s new role will begin in South Korea with the very first official two-day test for the series, a new initiative for 2016 – which begins on 9 May at Korea International Circuit, before the opening round of the championship the following weekend on 13-15 May. Then it’s on to Thailand, before a return to Japan and then China ahead of the final round at the new Zhejiang Circuit in southern China.