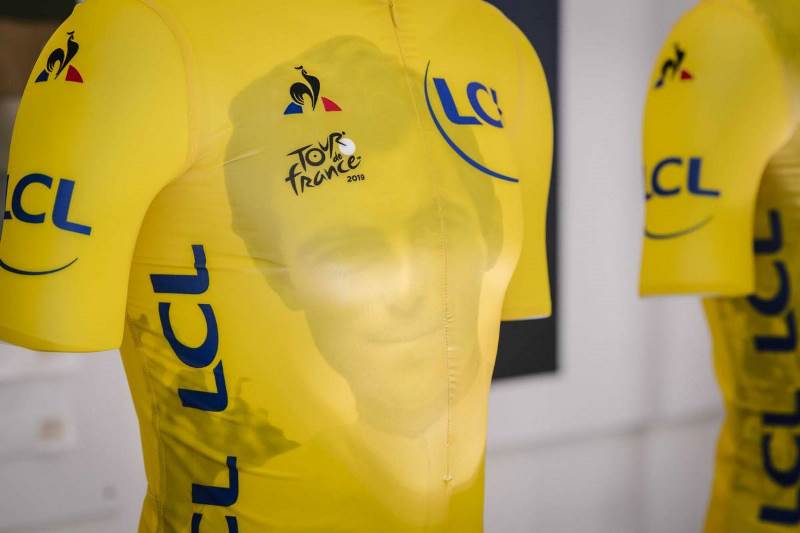 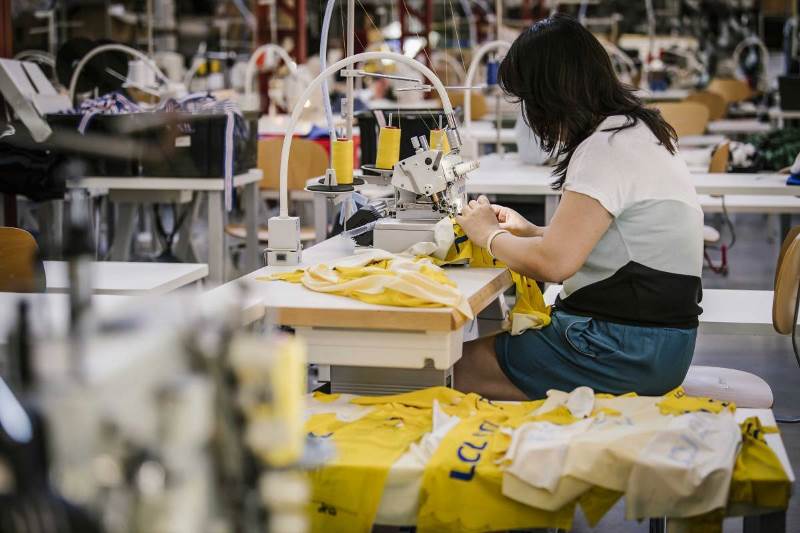 To celebrate 100 years of the Maillot Jaune, at the end of each stage the leader of the general classification will receive a unique specimen

The Maillot Jaune, which first appeared in the Tour de France pack on 19 July 1919 on the shoulders of Eugène Christophe, who led the general classification until the day before the finish, has acquired the status of a special trophy in the world of sport.

The riders who win the privilege to wear it one hundred years later will also enjoy the honour of putting on unique specimens customised with the route of each stage on which they wear it. As a result, it is most likely to be a sprinter who will proudly puff his chest out on the evening of 6 July in a Maillot Jaune featuring the Atomium, the symbol of the City of Brussels.

The provisional GC will probably change later in the race before the pack heads towards the Alps, with a Maillot Jaune dedicated to the Pont du Gard aqueduct. Naturally, the most sought-after jersey will be awarded in Val Thorens on the evening of the penultimate stage, after which the almost certain winner of the 106th edition will make his entrance onto the Champs-Elysées wearing a jersey on which the Arc de Triomphe will aptly symbolise victory.

Among the rare jerseys made by Le Coq Sportif, one sole specimen will be personalised every evening with the rider’s name and the title of the stage on which he will wear it. The replica version available from retailers will be based on three visuals: the Atomium, a mountain landscape and the Arc de Triomphe.

For the 2019 edition, the Maillots Jaunes worn each day by the race leader are made in France at the Le Coq Sportif factory in Romilly-sur-Seine. The brand’s know-how and its specialists will be present on each stage alongside the leader of the Tour de France.

A hymn to excellence

They’re at the top of their game! That’s what share those who have conquered the Maillot Jaune and that’s the idea spectators have of the jersey as they observe and cheer it. For many, this “golden fleece” is linked to the names of the greatest champions in cycling.

Eddy Merckx is right up there with 96 days spent wearing his favourite jersey (111 if one includes half stages), alongside the three other five-time winners of the Tour, representing different eras and styles. Jacques Anquetil a pioneer of modern cycling in the fifties and sixties, Bernard Hinault one of the last known “cannibal” and total attacker twenty years later, or Miguel Indurain at the beginning of the nineties, have all thanks to their absolute mastery of cycling made the Maillot Jaune the absolute distinction.

The way they dominated their rivals, with their technique that flirted with perfection, contributed in making it the symbol of excellence, admired and respected well beyond the domain of cycling and even sports.

The Grail that champions pursue, an object of fantasy and sometimes of more or less reliable schemes, also has the faculty of varying the delights.

Before ending its journey by a lap of honour around the track of the Parc des Princes, of La Cipale or of the Champs-Élysées on the shoulders of a lord of the road, the Maillot Jaune blossoms in the peloton in contact of all types of riders.

Far from being an untouchable relic, it is offered in different circumstances to brave team mates rewarded for their initiatives by a few days of glory. Indeed, gregario Andrea Carrea preceded Fausto Coppi in 1952 ; Romain Feillu enjoyed a day in yellow in 2008 during a time-trial ; a bit like Tony Gallopin in 2014 before leaving it to Vincenzo Nibali on the climb to La Planche des Belles Filles.

Through those part-time heroes that see their lives overwhelmed, the Maillot Jaune manages to juggle with the notion of time: short lived glory becomes eternal happiness. – www.letour.fr