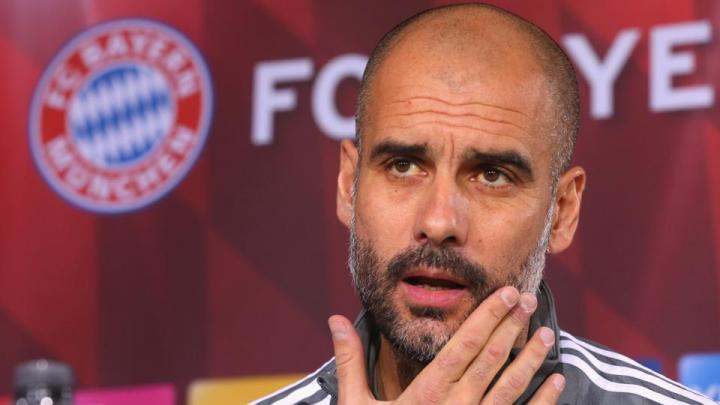 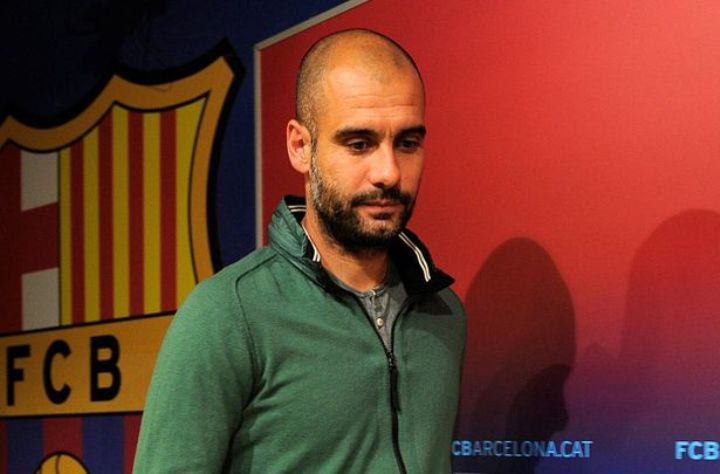 Pep Guardiola says his 21st title as a coach is not a bad way to sign off at Bayern Munich after his tearful farewell in the German Cup final.

Bayern won Guardiola’s final game in charge on Saturday night at Berlin’s Olympic Stadium by beating Borussia Dortmund 4-3 on penalties after neither side could score in 120 minutes.

Dortmund missed two penalties in the shootout before Douglas Costa nailed the final spot kick to seal Bayern’s league and cup double and give Guardiola his 21st title.

“But I had some luck in being able to coach Barcelona and Bayern Munich, both clubs are exceptional.

“They have players who help you do your best, but my time here in Germany hasn’t just been about titles: it was also my life here, the Bundesliga and the stadiums which were always full.”

Guardiola will coach Manchester City next season, but the Spaniard, so often accused of being too emotionless during his time in Munich, broke down in tears as Bayern celebrated.

He revealed that he has struggled to deal with criticism from the German media since it was announced at the start of the year that he would leave to coach City next season.

“The last five months haven’t been easy,” he said.

“What people said to me, before I decided to join Manchester, was completely different to what they said after it was announced.

“I can’t understand that.

“But I am Pep, I always focus on the next game and that is what I will always do.

“Titles are titles, they make people happy, but it was a huge experience for me to be able to work with these players every day.”

Guardiola will be replaced by Carlo Ancelotti as Bayern’s head coach next season and says he leaves the Bavarian giants in rude health.

“Bayern Munich, with these players, is in good hands, they have the enthusiasm and the character,” said the Spaniard.

“Both teams were tired in extra time and you can’t control each penalty in the shoot-out, but they did well.”

A regret from Guardiola’s Bavarian sojourn is his three consecutive Champions League exits at the semi-final stage after losing to Barcelona (2014), Real Madrid (2015) and Atletico Madrid in this season’s last four.

“Actually we had deserved to be in Milan next Saturday,” insisted Bayern’s chairman Karl-Heinz Rummenige after Bayern lost at the start of May to Atletico, who will play Real Madrid in the European final in Milan on Saturday. – Agence France-Presse