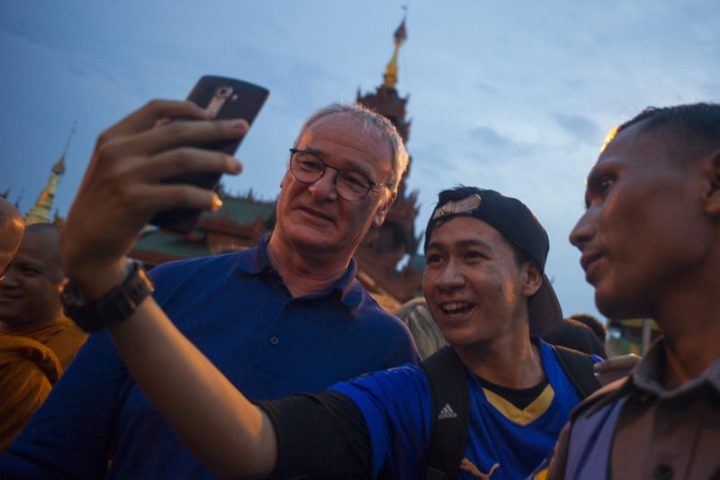 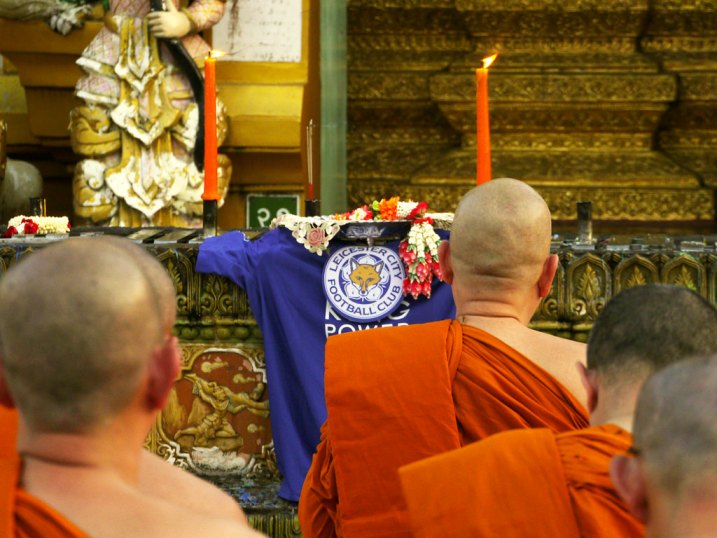 Myanmar football fans flocked Sunday to see newly-crowned English Premier League champions Leicester City as they made a whirlwind visit to Yangon and took in the city’s stunning Shwedagon Pagoda.

The Foxes, who have spent a week soaking up the adulation of a growing Thai fanbase, were greeted with a cascade of selfies at Yangon airport before they were whisked away for a brief tour of the Shwedagon, which contains relics from the Buddha.

Duty-free magnate Vichai is a devout Buddhist renowned for his deeply superstitious approach to club affairs.

During Leicester’s odds-defying title-winning season Vichai repeatedly flew Thai monks to the British city to bless the team and stadium.

The club have attracted new fans across Asia since their 5,000-1 outsider title win, even winning over some supporters from traditional regional favourites Manchester United.

“All football fans like Leicester because they tried very hard and gave the best they had,” Chan Myae Ko Ko Lwin, who is organising a fans’ welcoming party, told AFP.

For 11-year-old Ye Yint Htet, among the scores waiting patiently at the pagoda, his new loyalty to the once unheralded side stemmed from their name.

“Foxes follow their prey in group. Likewise, Leicester play in group,” he said.

It was once a regional soccer powerhouse but football struggled for a time, like all other sports, under military rule.

The domestic league was however rebooted under General Than Shwe, who was head of state from 1992-2011. He is believed to have ordered mega-rich businessmen who made fortunes under the junta to stump up millions of dollars for new teams.

Elections last November ushered in the first civilian government for almost half a century.

But the football federation is still led by a media-friendly army “crony” called Zaw Zaw, who forged a mining, banking and hotel empire under the former junta.