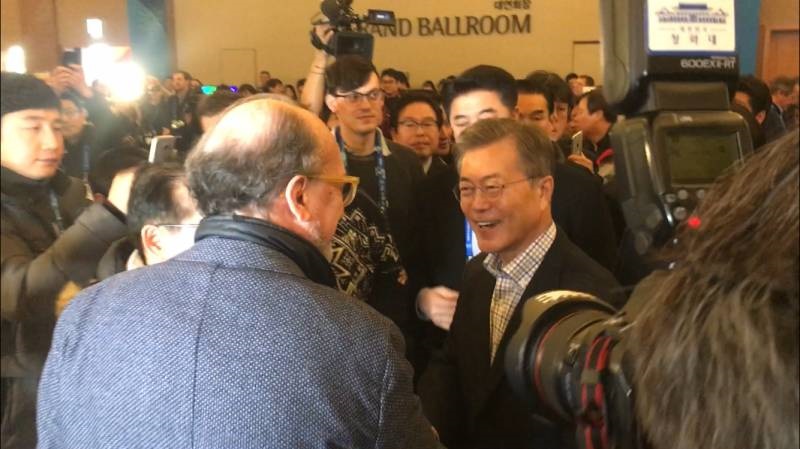 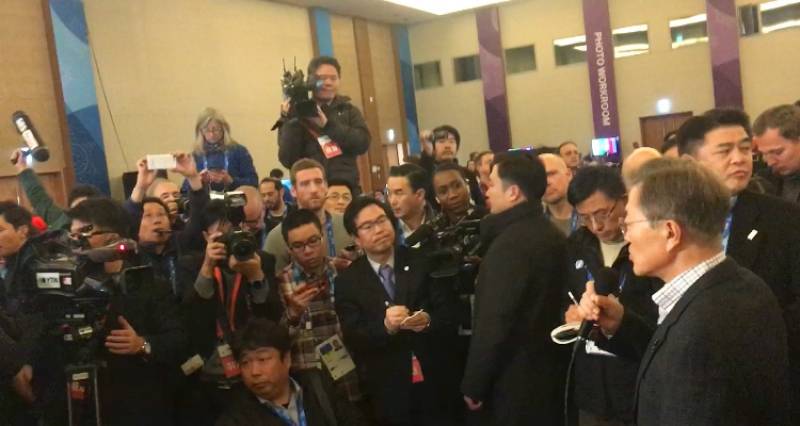 Moon hopes that the participation of North Korea in his country’s Olympics could lead to further dialogue between North and South, to talks between Washington and Pyongyang, and eventually to a widespread denucleariszation dialogue.

He said: “Our most important goal was to make these Games the Olympics of peace. With the participation of North Korea, we were able to lower the tensions and as a result, I believe that we were able to host a very peaceful Olympics. Furthermore, we have the North and South unified team and we marched together in the opening ceremony. I believe this is very moving not only for Koreans but for the people of the world as well.

“There have been many achievements in inter-Korean talks and I hope that this will lead to an improvement in the relations between the two Koreas, but I also believe that there has been a slowly and gradually growing common sense for the dialogue between USA and North Korea. We hope that the dialogue between the two Koreas will lead to talks between North Korea and USA and eventually the denuclearization dialogue.”

Moon declined to discuss the possibility of a summit with his North Korean counterpart Kim Jong-un. “I know there are many expectations and high hopes but I think it is still too early.”

Last week, Kim Jong-un’s sister, Yo-jong delivered an invitation letter to Moon from the North Korean leader for a summit in Pyongyang during her visit to attend the Winter Games.

On a more Olympics-related side, Moon believes that his country successfully achieved many goals on a number of different levels.

“One of the goals we set up was to make these Games an ICT Olympics (Information and Communications technologies) and we have seen from the Opening Ceremony until now the high level of ICT that has been displayed. We believe that we are the first in the world to commercialize the 5G technology and we have witnessed the very high-tech drone demonstrations as well.”

“We have seen many records in the Games so far and the snow and ice conditions were pretty good and there were many moving stories that we witnessed together. I believe that when it comes to records, PyeongChang 2018 will have many,” the South Korean president concluded.

Time will tell whether the Olympics could have a big impact on politics and international relations. After all, the great late Nelson Mandela once said: “Sport has the power to change the world […] It is more powerful than governments in breaking down racial barriers. It has the power to unite people in a way that little else does.”