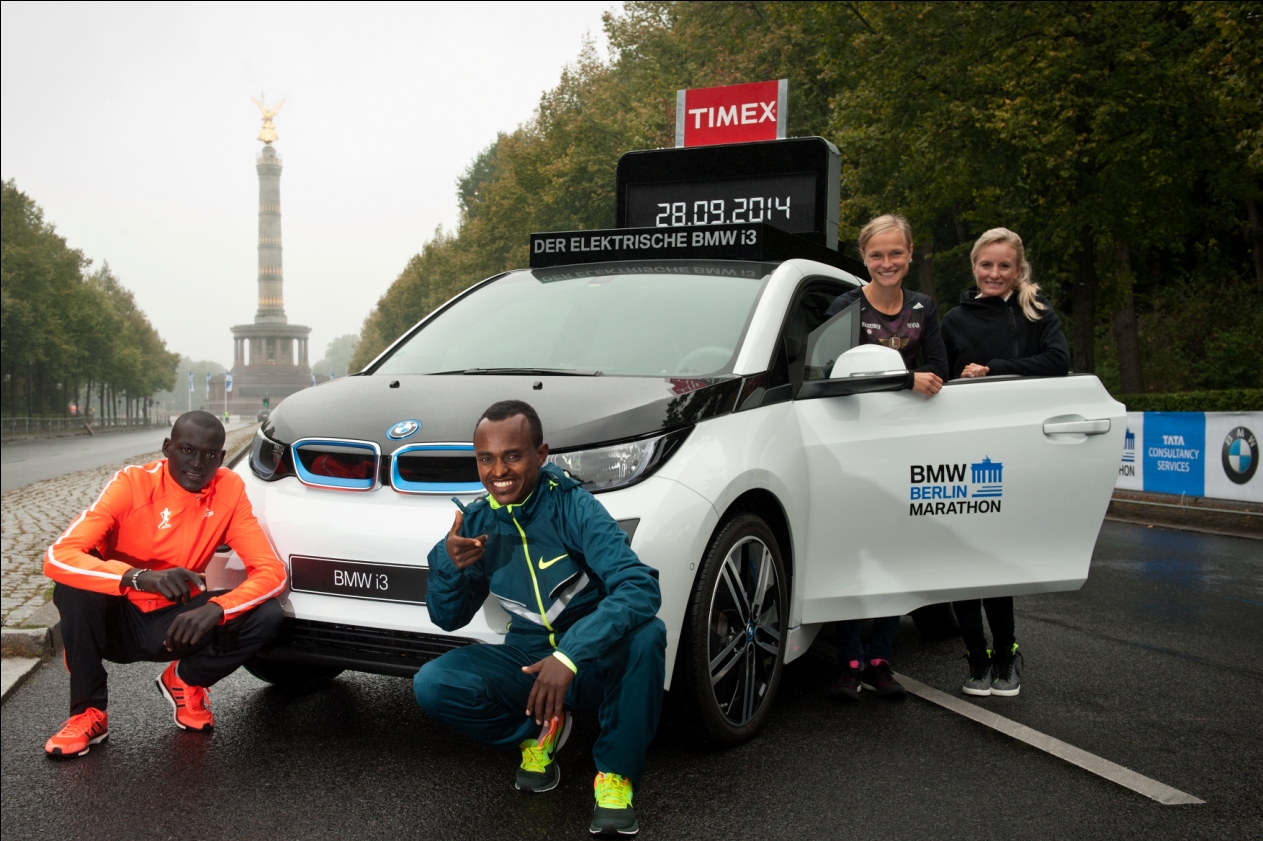 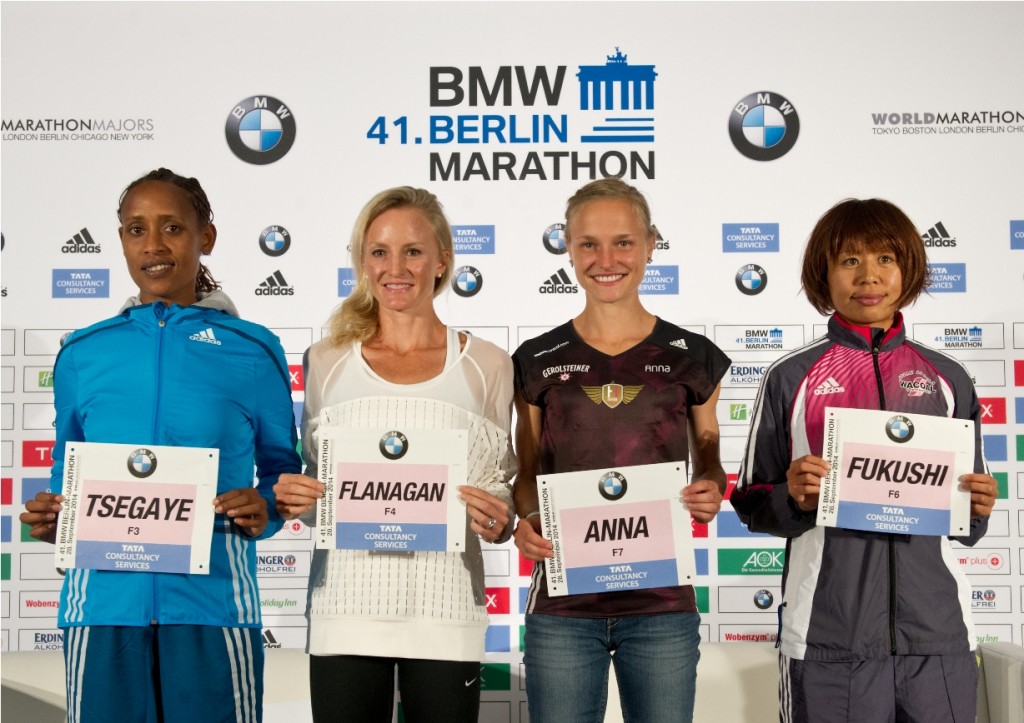 The capital city will host the largest one-day sporting event in Germany on 28th September: the 41st BMW BERLIN MARATHON. BMW is title partner of the record-breaking event for the fourth year in a row: 60,000 athlets will take part in the marathon festival, while the route is the fastest in the world.

Last year, the clock on the top of the BMW i3 lead car stopped at 2:03:23 hours, as Wilson Kipsang crowned the marathon’s anniversary with a world record. It was the perfect debut for the first premium electric car to be designed from scratch for this form of power unit.

The pioneer in the world of electromobility will also lead the field again this year, when top runners like Tsegaye Kebede (Ethiopia), Geoffrey Kamworor, Emmanuel Mutai, Levy Matebo and Franklin Chepkwony (all Kenya) look to beat Kipsang’s record. The ladies race also features a high-class field, spearheaded by Tirfe Tsegaye (Ethiopia), Kayoko Fukushi (Japan) and Shalane Flanagan (USA). The best German marathon runner will also start in the elite field, in the form of Anna Hahner.

“The BMW BERLIN MARATHON is the highlight of the season in BMW’s commitment to competitive running and the perfect stage, on which to present the BMW brand in an emotional environment. In total, about 40,000 marathon runners from 130 countries will make the event a ‘festival of nations’. As a global company with customers and employees all over the world, this intercultural exchange is in the DNA of the BMW Group,” said Stefanie Wurst, Head of Marketing BMW Germany.

“Running is a dynamic sport, but it also demands stamina, strategy and willpower. Only those who pace themselves perfectly still have the reserves to call on when really needed. Our cars and engines can be described similarly: responsible, considerate use of resources, but with drive and dynamics when needed.”

However, the lead car – the BMW i3 – is not the only vehicle set to play a major role in Berlin. The Get-Together Reception on Friday will also showcase the new BMW 2 Series Active Tourer, which is tailor-made for sport, leisure and nature thanks to the combination of its functional space concept and top-class driving characteristics you would expect from BMW. BMW is also supporting the organisers with low-emission, environmentally-sound vehicles: 28 cars on the course, 30 organisational and shuttle cars, 13 BMW motorcycles, three BMW E-Scooter C Evolution, and five BMW bicycles.

SCC EVENTS GmbH, organiser of the BMW BERLIN MARATHON, has invited more than 500 guests from the economy, politics and sport to the opening event at the BMW branch in Berlin, including host Wolfgang Büchel, Stefanie Wurst, BMW Brand Ambassador Katarina Witt, Anna Hahner, and representatives of the senate administration.

“In the four years of the partnership with BMW, the BMW BERLIN MARATHON has developed significantly,” said Thomas Steffens, SCC EVENTS company spokesman. BMW’s commitment to running is both sustainable and consistent, and goes beyond simple sponsorship. Together with BMW, we are working hard to make the experience even more impressive for the runners and spectators. This has been successful so far, and we are grateful to have a partner like BMW.”

Visitors to the BMW BERLIN MARATHON can experience for themselves just how the mobility of the future feels in the BMW i3: test drives are available at the BMW i3 Driving Experience, within the BERLIN VITAL sport and health fair this autumn (Tempelhof airport). Visitors to the fair can also pose for photographs with the BMW i3 lead car, free of charge. The photos can be collected immediately from the counter. Runners can also download the images in high-resolution at www.bmw-laufsport.de after the race, personalised with name, finishing time and start number, and can post them directly on Facebook.