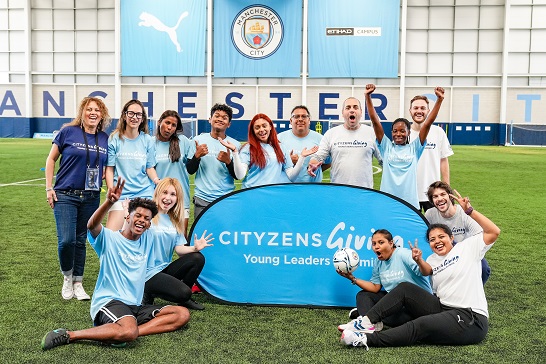 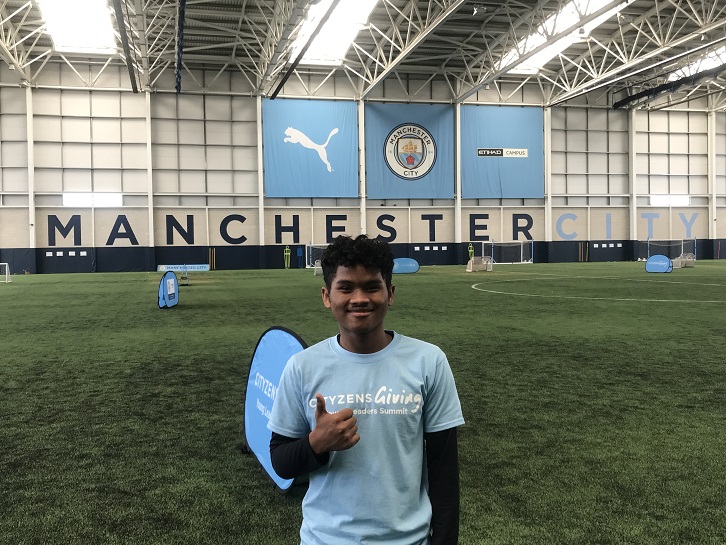 For 19-year-old Semai from Perak, Zeroberto, it was a priceless goal to be chosen for Manchester City Football Club’s (MCFC) Cityzens Giving Programme.

A kid taken to football since he was seven and has a dream to be professional footballer one day, it was more than a dream come true to be training in Manchester City Football Club.

Little did he know that being taken under the wings of Dignity for Children Foundation (Dignity), a local NGO that offers quality education and holistic care to children in need, would get him what he would readily and literally give an arm and leg for!

Zeroberto has been attending school and learning English at Dignity and didn’t know that Dignity has been collaborating with MCFC on its Cityzens Giving Programme since 2015. In this project, MCFC funds Dignity’s Peace Camps and Football training and invites young leaders from the NGO to its Young Leader Summit held in Manchester annually (except for 2020 and 2021). To date, 13 young leaders from Dignity had participated in the Summit. 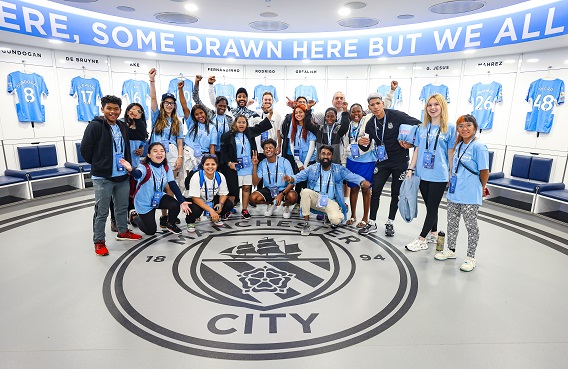 This year, Dignity took the bold step of nominating three young leaders to the Summit. To their delight all three were accepted, one of whom is Zeroberto. The other two are Mindy Gan who works in Dignity’s Education Content Creation and Administration (ECCA) section and Choon Ken, a Middle Secondary teacher.

During the nine days of training, Zeroberto not only learnt and picked up football skills but also how to improve his communications skills to engage better with children who participate in football activities.

Describing himself as shy and introverted, Zeroberto revealed that the training had forced him to step out of his comfort zone to learn how to lead with confidence. “The training required us to talk to one another a lot. We met with many new people from different countries. We learnt and practised football together. It really helped me to be more confident.

“On the football side, the skills taught by professional footballers were invaluable. It was really a dream come true and so unforgettable for me,” enthused Zeroberto.

Although he did not get to see his idol Kevin De Bruyne, Zeroberto met Karen Bardsley, the goalkeeper for MCFC Women’s Team. “Back home I played goalkeeper and sometimes as defender. So, I am thrilled to meet Karen and get some tips from her.”

How does he plan to put his training to use?

He said: “I will be sharing what I’ve learnt in football training sessions for the students here in Dignity, Kuala Lumpur. But, it is not just sharing football skills but also helping them to develop good character and leadership skills because these are as important as being able to play well.”