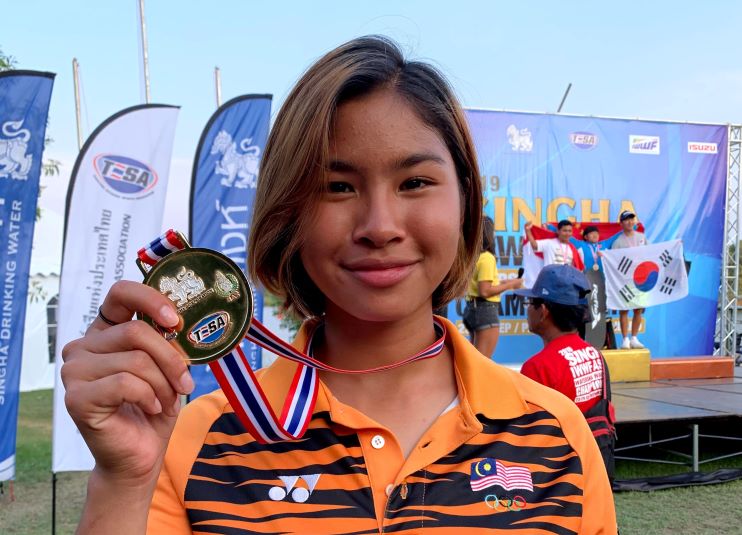 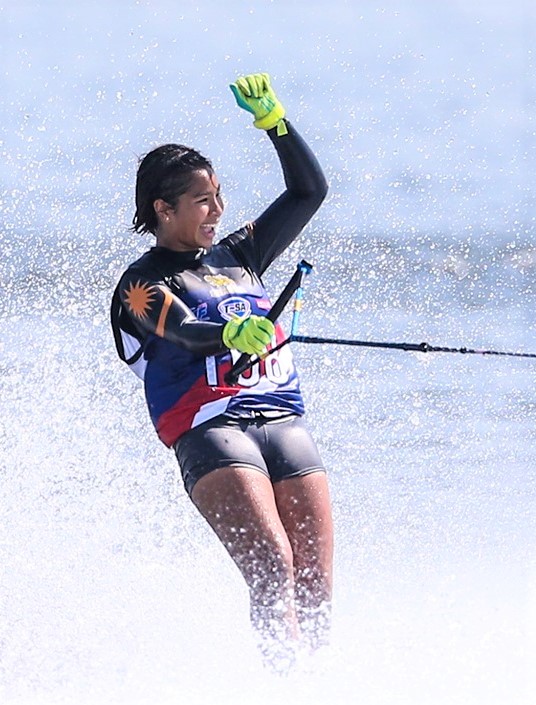 Teenage water skier Aaliyah Yoong Hanifah’s hopes of winning a first World Junior Championship in her last year as a junior is effectively over after being tested positive for COVID-19.

Unfortunately, both Aaliyah and Hanifah Yoong (her father and coach) were tested positive with COVID-19 earlier this week. Both are asymptomatic and are currently observing home quarantine.

The Malaysian Waterski and Wakeboard Federation (MWWF) after consulting with the National Sports Council (NSC)’s Director General Datuk Ahmad Shapawi Ismail, have decided to pull her out from the World Junior meet.

Aaliyah was initially scheduled to depart on 26 July 2021 and would have arrived in Florida to have three weeks of training before the competition gets underway.

“It’s been a real bummer and I’m definitely devastated with the outcome,” said Aaliyah who is a contender for either the tricks or the overall title.

“I don’t think there’s much I can do about this situation and even if I recovered after quarantine and went ahead, I would not have time to prepare myself adequately.

“To be honest, I’ve not really been able to train properly since May with the MCO situation, as there have been so many interruptions.

“I know there’s still the next time but it’s still a very devastating outcome for me as I was looking forward to the World Junior crown as it was the last year I am eligible for the Under-17 title.”

It is certainly a huge blow for Aaliyah who has taken her tricks a level up and has been pulling in close to 9,000 points in training despite the lack of competition over the past two years.

“I will aim to compete at the next World Championship that will be held next year and my objective is to win two titles at the World Under-21 Championships in 2023,” added Aaliyah.

Said Hanifah, “It’s definitely a very disappointing outcome but she has to take it in her stride. It’s sad because she is in her prime to win and the world junior meet was always her objective.

“She has also made sacrifices, having stopped school last year in order to focus on the world junior meet.

“We are also sorry to the sponsors, both locally and internationally, for being unable to compete at the world juniors. We are indeed very grateful for their support for the continuous support and hope to make amends by doing well in upcoming competitions to give them the mileage to repay their support,” added Hanifah.

For now, Aaliyah is looking forward to recovering fully and start preparations for the Asian Waterski and Wakeboard Championships, scheduled in September, which will be her next target.

She will also be focusing on her next major title – the World Under-21 Championships in 2023.