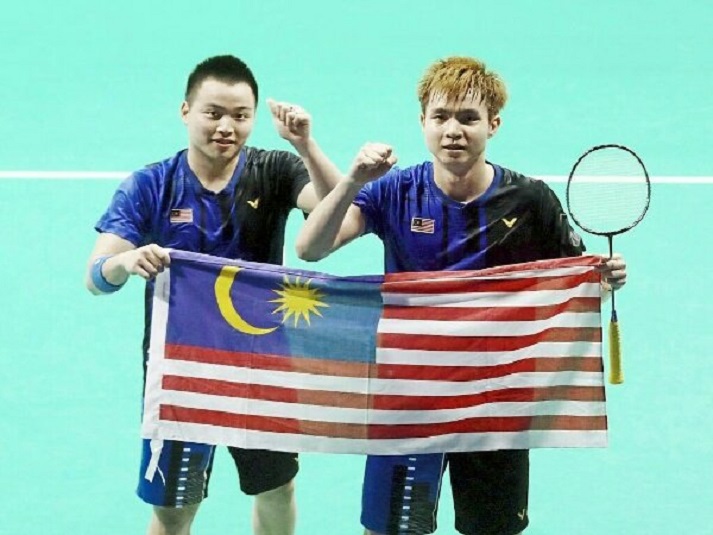 National men’s doubles Aaron Chia-Soh Wooi Yik made the podium as the runners-up in the Toyota Thailand Open after losing the final at the Impact Arena in Bangkok this afternoon.

Coming in as the tournament eighth-seeded pair, Aaron and Wooi Yik were up against the sixth seed from Taiwan, Lee Yang-Wang Chi-Lin for the title.

“Thank you to all Malaysians who have always been supportive of us. There are a lot that needs to be improved, especially when we are in defending. We also made a lot of unforced errors which need to be rectified,” said Wooi Yik.

In spite of the defeat, men’s doubles coach Flandy Limpele was satisfied with the achievements of Aaron and Wooi Yik this week.

“I am happy they made it to the final compared to how they performed at the tournament last week. I thought that their game (in the final today) was less aggressive and they did not defend well.

“They need to improve when they are in the lead and they also have to learn to regulate their strength and speed,” said Flendy.

In the meantime, Kim So Yeong-Kong Hee Yong of South Korea sprang a surprise in the final of the women’s doubles when they dumped the tournament third seed Lee So Hee-Shin Seung Chan in straight set 21-18, 21-19 to lift the title.

Similarly, fourth seed Viktor Axelsen from Denmark grabbed his second trophy in the men’s singles after edging out teammate Hans-Kristian Solberg Vittinghus 21-11, 21-7 in the final.

The title was also the second for the Thai duo after emerging champions at the Yonex Thailand Open last week.