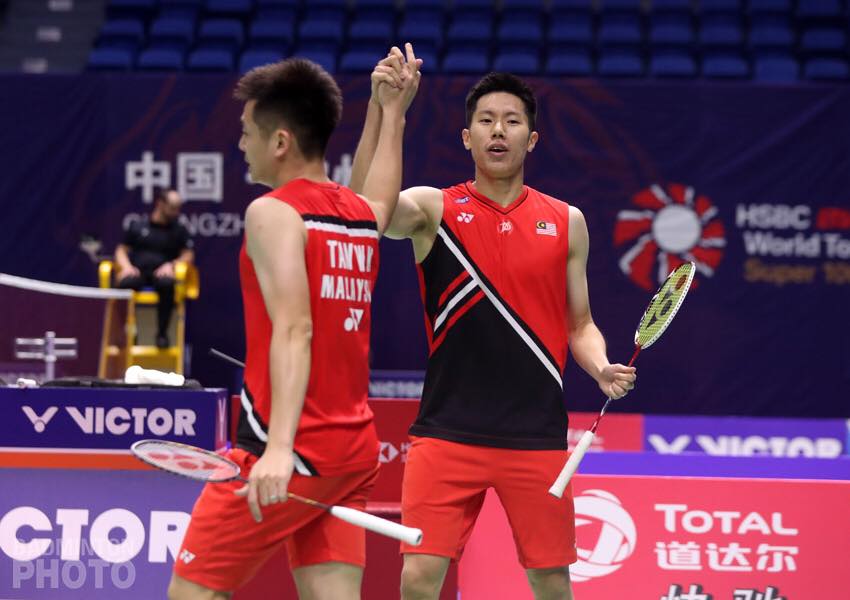 Malaysia’s number one men’s doubles pair Aaron Chia-Soh Wooi Yik continued with their roller-coaster run when they crashed out in the first round in the USD170,000 Princess Sirivannavari Thailand Masters in Bangkok on Tuesday.

The second seeds fell to a 16-21, 12-21 defeat in 36 minutes to Huang Kai Xiang-Liu Cheng – their second defeat to the Chinese pair in as many meetings.

While Aaron-Wooi Yik fell by the wayside, Malaysia’s other pair Goh Sze Fei-Nur Izzuddin Rumsani advanced to the second round with an upset 21-17, 21-18 win over China’s fifth seeds Han Cheng Kai-Zhao Hao Dong in 31 minutes. They will face Lee Jhe Huei-Yang Po Hsuan for a place in the quarter-finals.

Meanwhile, national discard Soong Joo Ven made the main draw with two wins in the qualifying rounds. In the first match, Joo Ven beat Lucas Claerbout of France 19-21, 21-15, 21-19 and in the second packed off Soo Teck Zhi 21-19, 21-11. He will play Brazilian Ygor Coelho in the first round.

In the women’s singles two-time World Junior champion Goh Jin Wei who is making a comeback after a long layoff due to ill health defeated England’s Chloe Birch 21-16, 21-11 for a place in the main draw.

Jin Wei’s first-round opponent is top seed Akane Yamaguchi of Japan – a player whom she has beaten before. RIZAL ABDULLAH