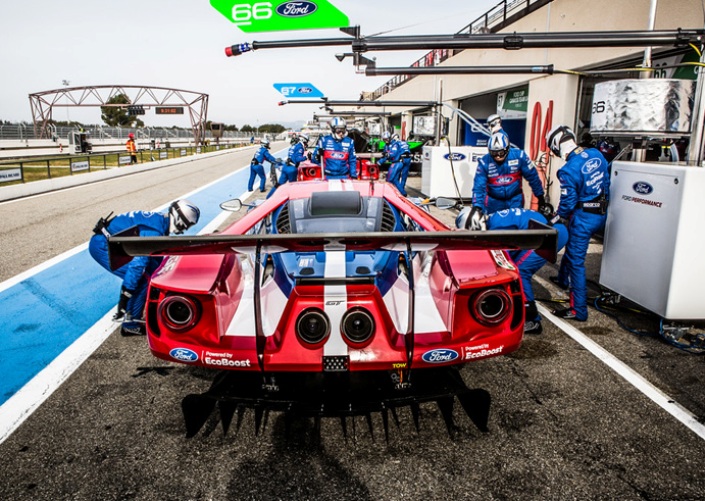 After 17 hours of running and thousands of kilometres track testing, the 29 cars entered for the Prologue at Circuit Paul Ricard have now parked their cars in the pit boxes and the engineers have started to analyse and study the data this evening.

It is difficult to make any true conclusions, however, as the poker faces and mind games of the teams often mask the true hierarchy of pace and positions throughout the classes. What we can say is that 2016 looks set to be a stellar season of FIA World Endurance Championship racing.

Reigning champions Porsche obviously have a very strong package again in 2016. The pace was similar to 2015 levels this week, even with 8% less fuel to use. Efficiency, a watchword in the world of the WEC, is just as important as outright speed and performance.

The new LMP1 cars from Toyota and Audi undertook their first public tests this week and both showed that, given time, they will be in a position to challenge Porsche and ensure an epic battle plays out in 2016.

Toyota will be greatly encouraged by the performance of the TS050 HYBRID. The car set a succession of fastest sector times during the two days, but then chose not to complete the laps. The intrigue about just how much pace the Japanese marque has with its new car is the talk of the WEC paddock.

In LMP2, as usual, predictions will only be for the foolhardy. Signatech Alpine, G-Drive, RGR Sport by Morand, SMP Racing…in fact all of the protagonists will feel they can challenge right at the front of the varied and exciting field.

Ferrari and Ford fought together at the top of the times in LMGTE Pro. The classic rivalry, which stirred and excited so many in the 1960s, is back and very much on for the 21st century. Aston Martin had a quiet test but will be fighting to get among the Ferrari and Ford entries, starting on home ground next month.

And if all this were not enough, the LMGTE Am class will be just as close, with AF Corse Ferrari, Aston Martin Racing, Gulf Racing Porsche, Larbre Competition and Abu-Dhabi-Proton Racing all with realistic chances of class wins this year.

Of course all of the questions will start to be answered in three weeks’ time at the 6 Hours of Silverstone, the opening round of the season, when the great 2016 WEC racing adventure begins.  Practice and qualifying take place on Friday 15th and Saturday 16th April, and the race itself begins at 12 noon on Sunday 17th.