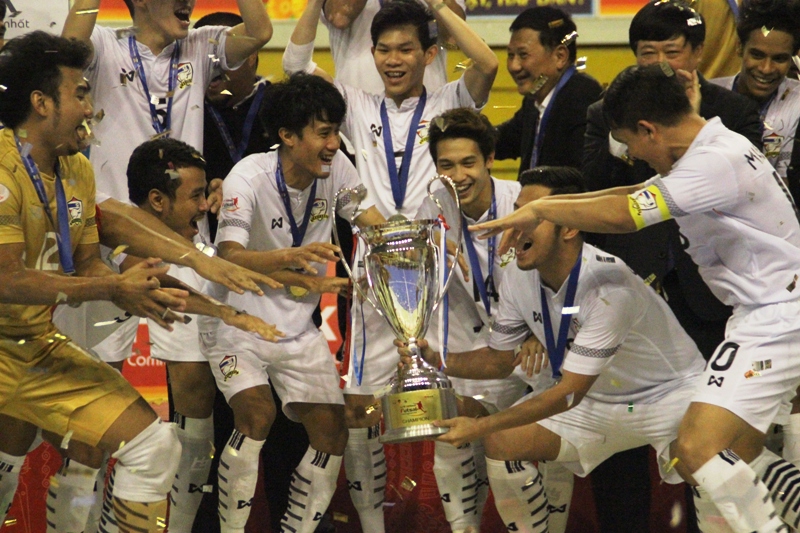 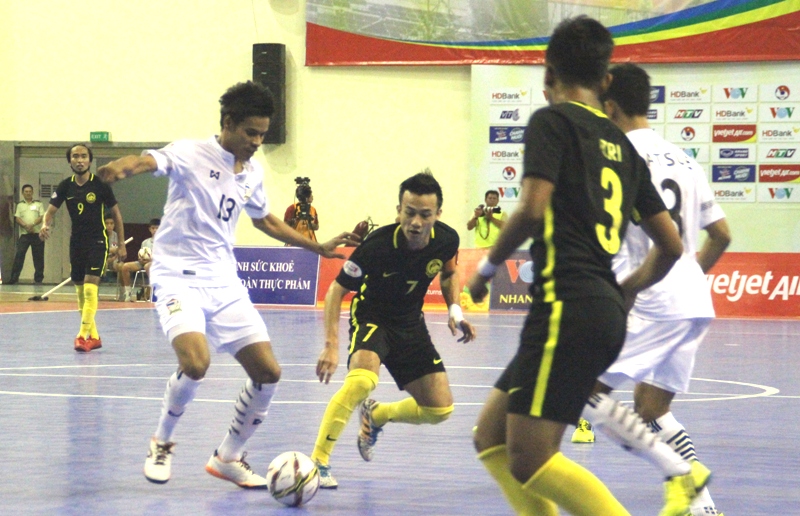 A strike from youngster Ronnachai Jungwongsuk gave Thailand a hard fought come from behind 4-3 win over Malaysia in an exhilarating final of the AFF HDBank Futsal Championship 2017 here at the Phu Tho Stadium.

The Malaysians, who had conceded a loss to the same Thai side in the group stage, certainly did not make things easy this time round when they raced a 2-1 at the half before their opponents fought back after the break to force the game into extra time.

But in extra time, given the quality that the disposal of the all-conquering Thais, they were no stopping them as Ronnachai slotted home from close for the title.

“It was a tough and difficult game as we had expected. We started well but did not score and while we continued to created, Malaysia were quick with the two goals and that put us under pressure,” said Thailand head coach Pulpis.

“I told the players that we cannot play like Malaysia with the counter attack game. We need to play our style which is more controlled. And when we finally did that in the second half, we managed to get back into the game and win it.

“Malaysia had an incredible tournament. They showed that they have improved a lot and that they did a very good job. They showed it is not about luck they have reached this far. It was all about preparation. And they will do well in the future.”

Malaysia’s determination to avoid playing the defensive game paid dividends when as early as the fifth minute, a solo effort from Mohamad Awaluddin Nawi gave them the lead before Mohd Ridzwan Bakri doubled the advantage two minutes later.

Thailand then upped the ante where a defensive lapse in the 12th minute saw Tanachot Sosawaeng punished Malaysia from close.

With the score at just 2-1, the Thais pushed forward into the second half in search of the equaliser but it was Malaysia who went ahead again in the 23rd minute with Muhammad Awalauddin blasting in from a throw in.

Thailand would soon regrouped with Muhammad Osmanmusa scoring the crucial goal in the 27th minute as veteran Jetsada Chudech then drew level with a strike in the 31st minute.

The extra time would be all Thailand as Malaysia felt that the title slipping away from them and just four minutes in, Ronnachai’s quick run saw a fine finish to beat Malaysian keeper Azrul Hadee Taufiq for the fourth time on the night.

“The match was so close for us to win. We were missing something in the game and that is individual quality and also composure,” added Malaysian head coach Chiew Chun Yong.

“We did not want to be defensive and the strategy almost worked. We have a lot of improvements to do before the AFC tournament next year.”

In the meantime, Myanmar came in third in the tournament after beating hosts Vietnam 4-3 on penalties in the classification match earlier.