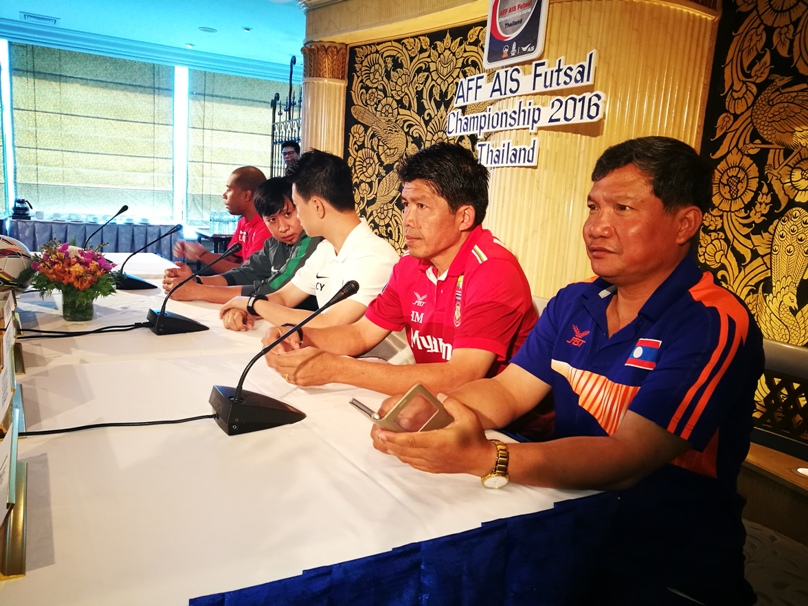 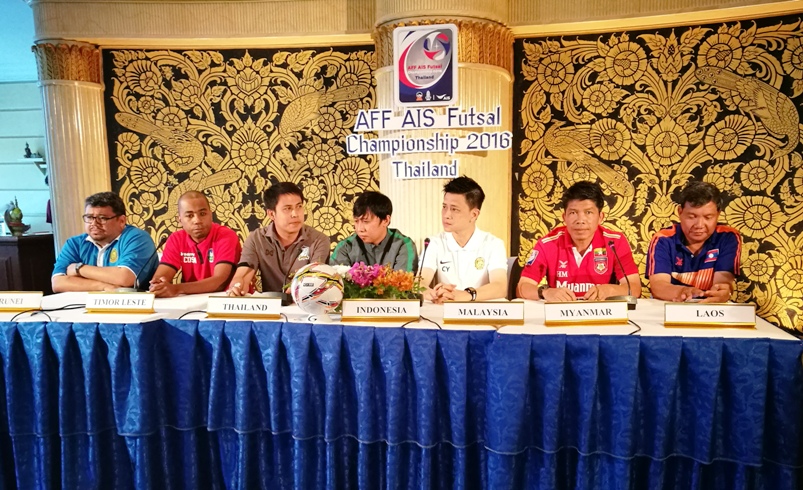 With a record 11 titles out of 12 editions under their belt, Thailand remained as the firm favourites when the AFF Futsal Championship 2016 kicks off tomorrow at the Indoor Stadium Huamark here in Bangkok.

The 2016 edition of the indoor football game which has had to be postponed to 2017 due to various reasons, will see a total of seven teams taking part with the might of the Thais as the ultimate to be toppled.

But even with the change in guard with Miguel Rodrigo of Spain coming in for the godfather of Futsal Vic Hermans, the Thais will still be a handful in Group A as they look to blood in new players.

“The target is of course to win the tournament,” said Rodrigo. “But at the same time too, we should also look at bringing in new players to the team.

“We must have variety as this is the philosophy which I have brought with me all throughout my coaching career.”

With Kritsada Wongkaeo perhaps the only familiar name in the Thai side, they will open their campaign this year with a match against Timor Leste in the final game of the evening.

For this year’s championship, Timor have brought in several imports from several countries to further strengthen their squad.

“We will take on the best team of the tournament tomorrow, so we will have to be at our best,” said Timor head coach Romeo Costa.

“We hope for a draw but it will be difficult. All we can do is to just play our best.”

Added Brunei team manager Rosdin Abdul Aziz: “the toughest game will be against Thailand of course. But we will be going all out for this tournament to make sure that we make the semi-finals like we did in 2008.”

Over in Group B, the fight will be close between Indonesia, Malaysia and Myanmar with Laos as the dark horse to make the semi-finals.

“We had three weeks to prepare and we are ready for this tournament,” said Indonesian head coach Andri Erawan.

“Our target is to make past the group stage,” said Malaysian head coach Chiew Chun Yong.

“We will be aiming to make the semi-finals,” said Laos assistant coach Sysaveuy.