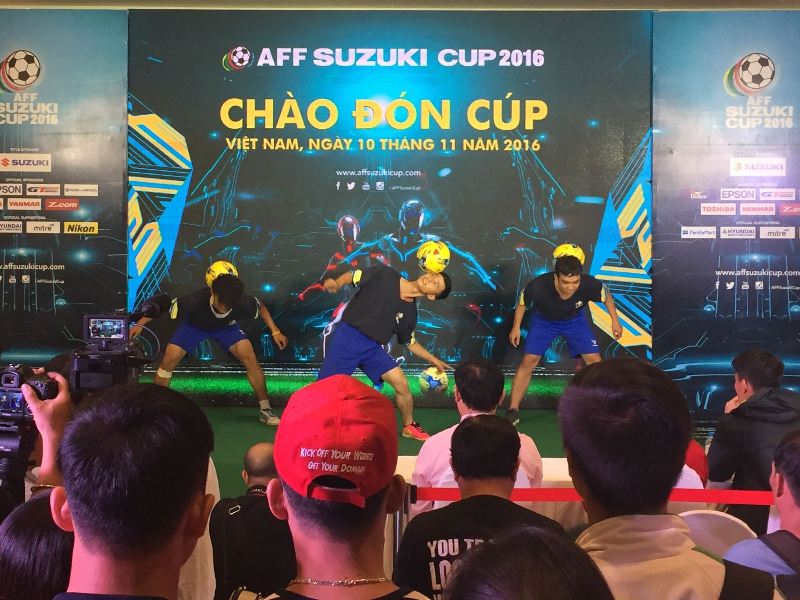 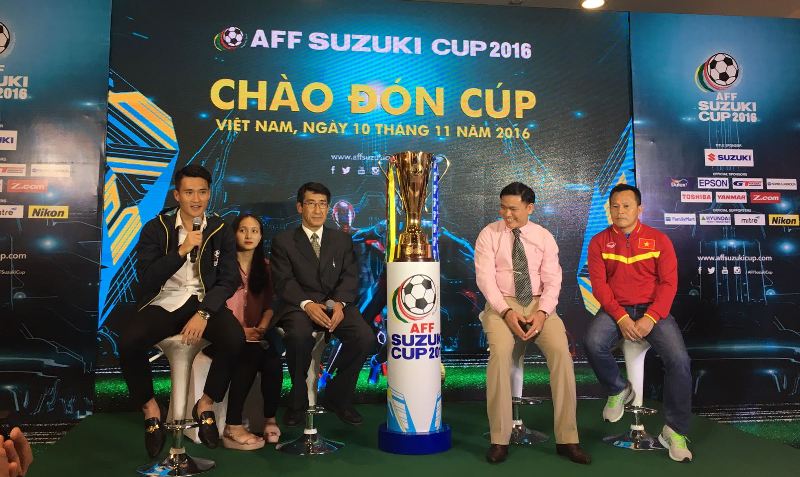 The trophy sat proudly on display at VivoCity and was attended by one of Vietnam’s star players Le Cong Vinh, their coach Lu Dinh Tuan and Tran Anh Tu from the Vietnam Football Federation along with other VIPs, officials and sponsors.

Vietnam won the AFF Suzuki Cup in 2008 and were runners up 1998 and the country is eagerly anticipating this year’s tournament.

This year they have been paired in Group B with Myanmar, Malaysia and Cambodia.

The trophy has already stopped in Yangon and Jakarta and will complete the final leg of its tour when it heads to Manila on November 12.

The following day the Group B matches kick off in Yangon with 2010 champions Malaysia facing Cambodia before Myanmar battle it out against Vietnam.