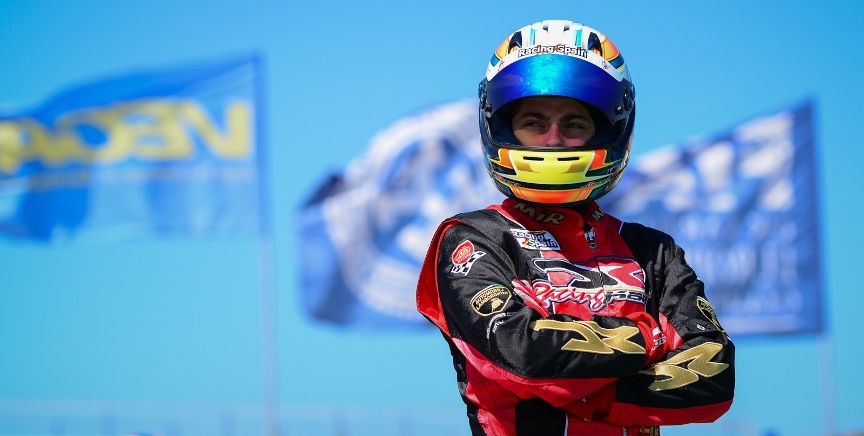 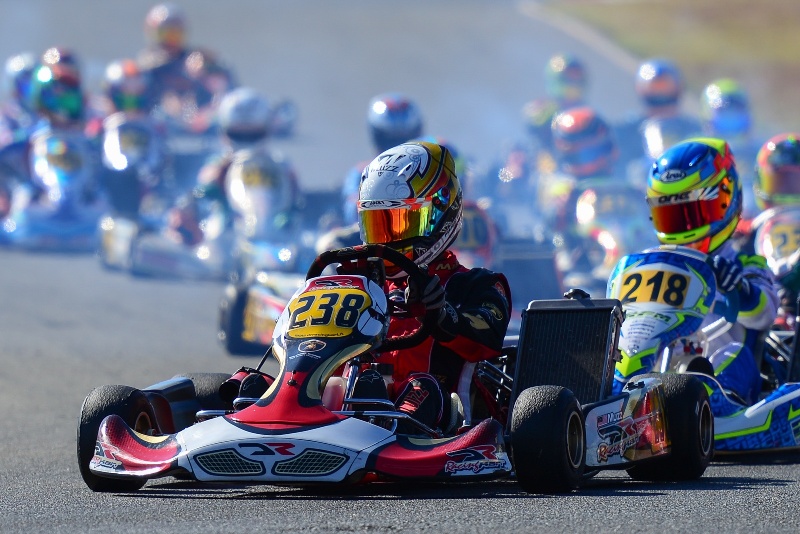 Set to make his second appearance in the FIA CIK Karting World Championship this month, Malaysia’s young karter Muizzuddin Musyaffa Abdul Gafar has vowed to control his adrenaline rush and strategise his race approach in Sakhir, Bahrain with more cautious and patience.

Aged 14 and hailed as the best karting talent ever produced in Malaysia, Muizzuddin, or just Muizz among friends and rivals, noted that he needed to manage his emotions better during races especially during the start of the race.

“Maybe, my problem is that I want to win every time I race. And, that will mean trying to get the holeshot at the first corner. So, regardless where I start, I will want that holeshot to enhance my chances of winning. That sometimes does not work well.

“Clearly, I need to be more patient and exercise more caution in my races. That is, however, easier said than done. Once you are on the grid, you usually feel that you can do almost anything. Let’s wait and see what happens in Sakhir. Hopefully, I could start from front and have less problems in getting that holeshot,” said Muizz, who would be leaving for Bahrain on October 13.

The 2016 FIA CIK World Championship opens on November 16 with the race scheduled on November 20.

Competing in the OK Junior class for karters aged between 13 and 15, Muizz, who competes for DR Karting Team, expects stiff competition in Bahrain as all the top young karters worldwide will be there and all are ready to impress the visiting scouts and racing fraternity.

“The world championship is a very grand affair. There will be plenty of scouts and a lot of team managers looking at us. Basically, I would be challenging against those competing at this year’s CIK European Championship. They are all very talented; and they are all world class karters.

“In Bahrain, we will be looking an entry of more than 100 karters and all eyeing at least the top 34 to qualify for the final race and challenge for the world title. And, to win in go-karting, you have no choice but to start at the front of grid to really have a chance to win,” said Muizz, who finished ninth overall at this year’s CIK FIA European Championship.

The Malaysian karter collected 73 championship points for the Championship, which ran for four rounds at Zurea in Spain, Adria (Italy), Portimao (Portugal); and Genk in Belgium for the KF Junior class. At ninth overall, he was the best karter from Asia.

Muizz’s drive for the holeshot was clearly evident in the race in Belgium where the young Malaysian, who was starting from the tail end of the grid, was involved in an incident at Turn 1 and was forced to retire from the race.

In his debut for the world championship at La Conca, Italy last year, Muizz, who was in his first season for the KF Junior class and competing under the banner of Gamoto Racing Team, started from 31st on the grid in Row 16 and finished in 24thplace.

“It was my first year; and I was filled with excitement as well as some nervousness. We were not at our best in qualifying with some challenges with the kart and were unable to qualify higher on the timesheet. Hence, we put ourselves in a difficult position for the race,” he said.

Dominating the previous 60 Mini class for karters below 12 in 2014, Muizz created sensation when he won the World Karting Series (WSK) Champions Cup overall title and the vice-champion crown in the WSK Masters Series that year. His splendid achievement earned him the Best Young Athlete Award at the Sportwriters Association of Malaysia (SAM) award before moving up to higher level KF category in 2015.

“Obviously, the KF Junior class is far more challenging. The kart is also very different, more powerful and more sophisticated that the 60 Mini class. But, I have been improving and is ready to make Malaysia proud at the world championship,” he said, adding that he had also benefited from his selection into the prestigious Lamborghini Kart Drivers Program this year.

Due to budget constraints, Muizz, however, is unable to compete in as many international competitions as he had hoped for in preparing for the world championship. Nevertheless, he had made this up with a strenuous fitness programme at home

“Fitness is key in any sports especially motor racing. You just need to see all the Formula 1 drivers. They are all very fit. I have been working on my enhancing fitness level this year to stay strong in all the competitions,” Muizz added.

Regardless of what happens in Sakhir, the young Malaysian said that his family is firm on plans to enter him in the Italian F4 Championship in pursuance of his dream to become a Formula 1 driver in the future.

“It’s something that my family had seriously discussed with DR Racing since early this year. Competing in the Italian F4 Championship will be the ideal step to progress into Formula 1. Naturally, though, we will need sponsorship to pursue this plan.