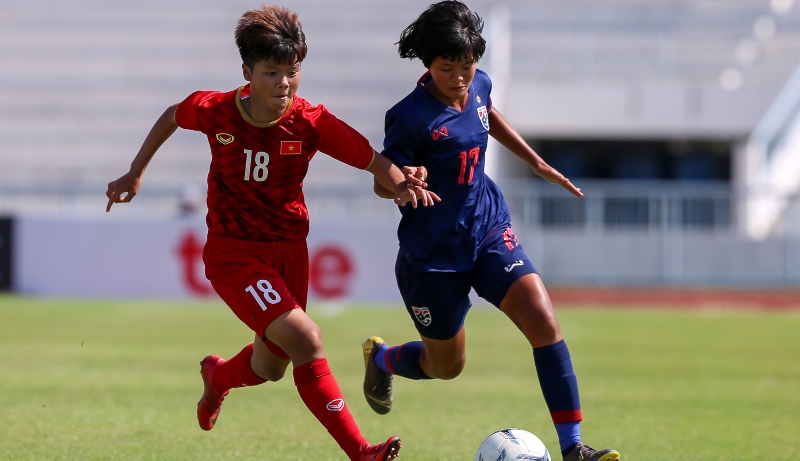 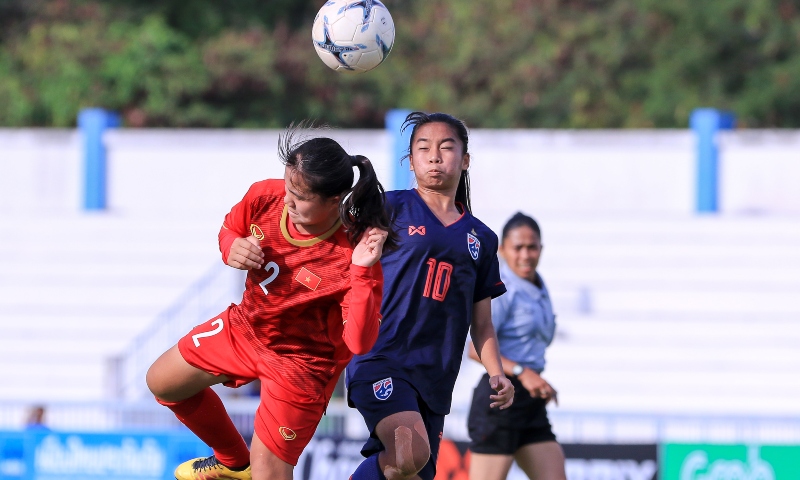 Captain Chattaya Pratumkul headed home Thailand’s solitary goal in the first half to send the home team to the final of the AFF Under-15 Girls Championship 2019 in two days.

The lone goal from the lanky Chattaya was enough for Thailand to beat Vietnam in the first semi-final that was played this afternoon here at the Institute of Physical Education Stadium.

“It was by no means an easy match against Vietnam. They have a playing style similar to Japan and this team will be strong in the future,” said Thailand head coach Naruephon Kaenson.

“I am just glad that we took our chances well and now we are in the final.”

Certainly Thailand did not show any of the hangover they would have suffered following from their shock loss to Laos in their last game in Group B that saw Thailand slipped down as the runners- up.

Instead, the Thai girls played with a lot of enthusiasm and bravado as they pressed Vietnam right from the onset.

But that was to be their only chance in the first half as Thailand exerted control throughout the intensely contested affair.

With a floater from Yadaporn Meelun seeing no takers in the 19th minute, captain Chattaya then showed how it is done when she made good on a cross from deep to head the ball over the on-rushhing Vietnam custodian Le Thi Tra My.

That goal seemed to have injected further confidence into the Thai game as midfielder Thanatphat Bunthong ran the Vietnam defence ragged with her darting runs and exquisite passes.

But for the lack of a good finish, Thailand could have added a few more goals well into the second haf.

Nualanong Muensri missed an open goal just before the hour mark as Phinyada could only managed the side netting in spite of having rounded keeper Le.

Vietnam came within a whisker of grabbing the equaliser but none of the strikers could find the last touch to a floater fromNhu Quynh right in the very last minute of play.

“I studied the Thai game before the semifinal and I had expected such a result against them,” offered Vietnam head coach Nguyen Thi Mai Lan.