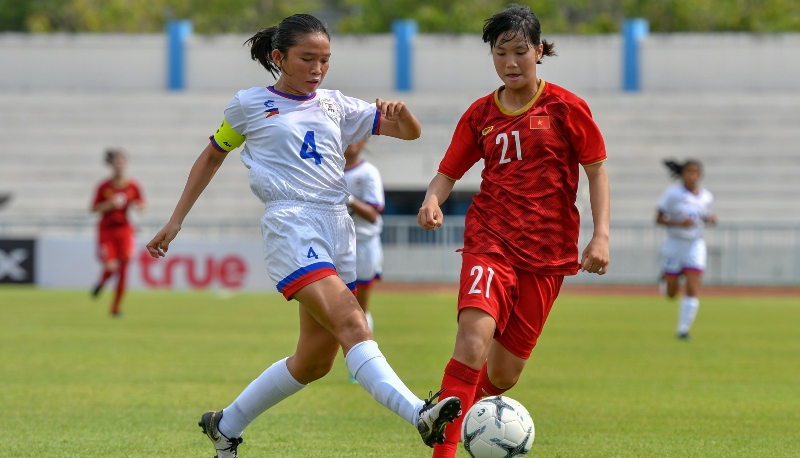 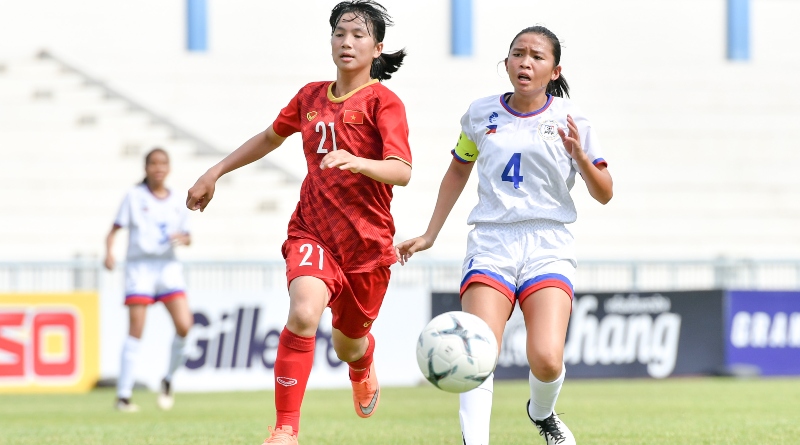 A well-taken freekick from Tran Nhat Lan gave Vietnam a third place finish in this year’s AFF Under-15 Girls Championship 2019 when they beat the Philippines 1-0 here at the Institute of Physical Education Stadium.

“I am quite pleased with the win as I thought that after four straight matches, the girls would be really tired and not motivated but they did well,” added Vietnam head coach Nguyen Thi Mai Lan.

“I have to congratulate the whole team.”

The match was anything but low key as both teams were eager to at complete the tournament on a high note after bowing out from the semi-finals two days earlier.

And it was Vietnam who had the lion’s share of the possession and offensive play with midfielder Nguyen Thi Nhu Quynh orchestrating all the actions from the centre of the park.

With Ta Thi Thuy floating in the crosses from the flank, the Philippines’ backline had to work all afternoon to cut them out.

Vietnam could have gone ahead in the 13th minute but following a defensive lapse, none of the strikers could find the space to slot the ball home while seven minutes later, Bui Thi Thuong just missed the chance to find the back of the net with only Philippines keeper Maria Biaco Evangelista to beat.

But Vietnam’s persistence paid off in the 36th minute when Evangelista failed to make a clean save from Nhat Lan’s freekick that came off the underside of the crossbar and into goal.

Philippines pushed forward in numbers into the second half as Vietnam then took a more defensive position.

But tried as hard as they could, the Philippines’ girls just could not find a way through the Vietnam backline ably marshalled by captain Le Thi Bao Tram.