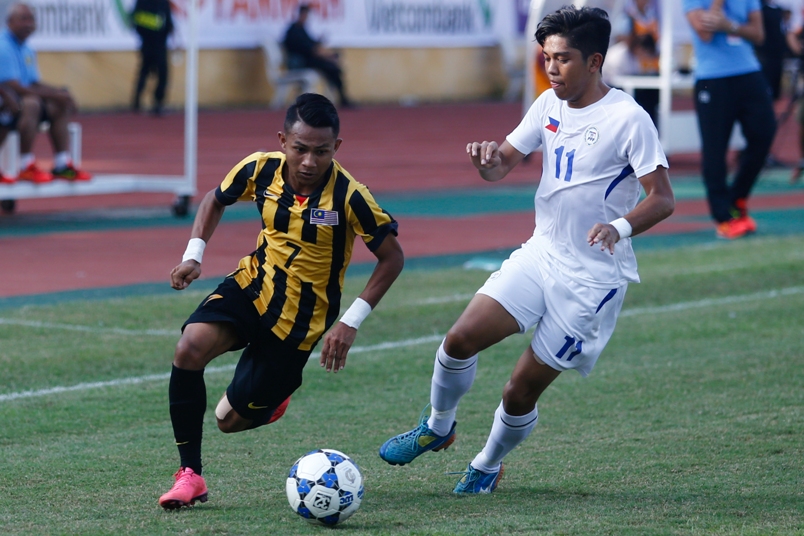 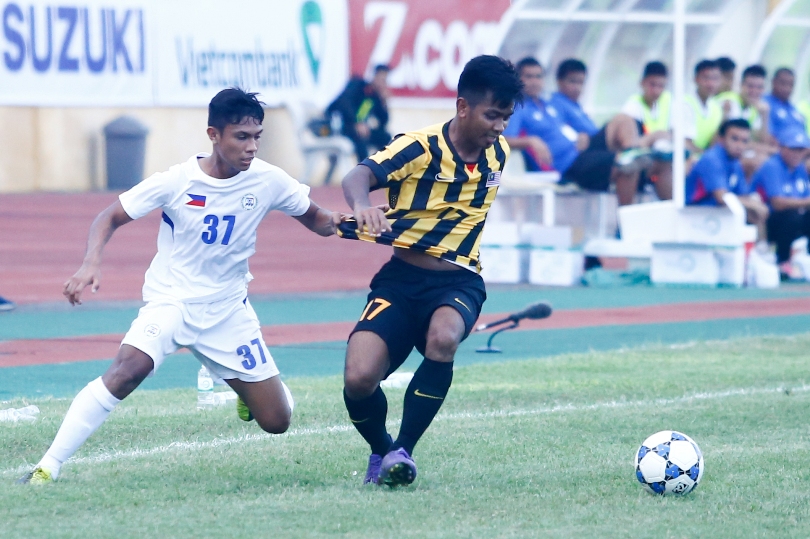 Malaysia made a romping start to their campaign in Group A of the AFF Vietcombank Under-19 Championship when they outplayed the Philippines 5-0 in the match that was played at the Hang Day Stadium.

It was Malaysia’s first game in the group while for the Philippines, it was their second loss after the close 2-1 defeat to Timor Leste two days earlier.

The Malaysians took quite a while to settle down as the Philippines fought on bravely with Lorenzo Genco and Mark Winhoffer dictating the pace from the centre of the park.

They finally broke the deadlock in the 38th minute when Mohamad Hariz Kamarudin headed home the cross from Muhammad Shah Amirul.

Three minutes later, Malaysia doubled the advantage when striker Muhammad Jafri Chew fired in the freekick from just outside the box.

With the two goal advantage, Malaysia pressed on into the second half with Muhammad Shah scoring the third goal off penalty.

They then wrapped things up through substitute Mohamed Syamer Kutty Abba (79th minute) and Badrul Amin Rusalan (90th) for the fourth and fifth goal respectively.