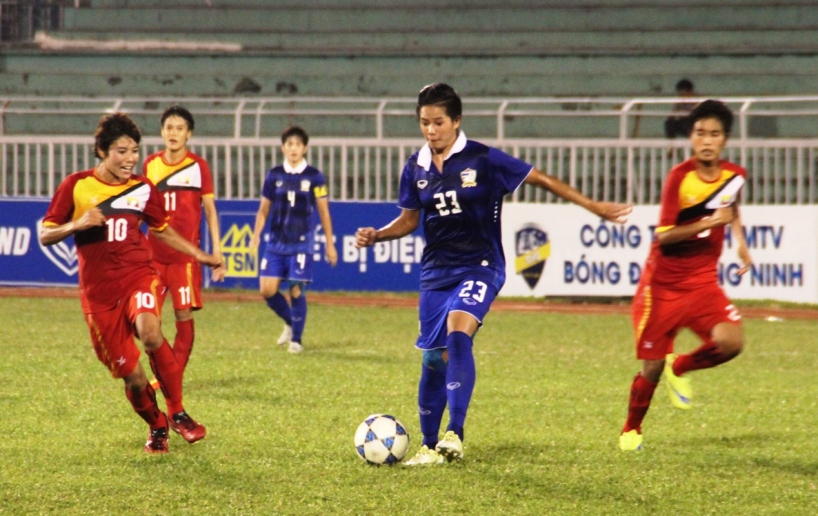 Expectations are running high for the Myanmar women’s team to succeed in the AFF Women’s Championship which starts here tomorrow.

In last year’s tournament, they were edged by eventual champions Thailand in the final.

This time around, with the benefit of home ground advantage, Myanmar will be aiming to do one better in front of their own fans.

“As the hosts, we are looking forward to playing well here. We hope the Myanmar fans come out and support their team,” said Myanmar’s Dutch coach, Roger Reuners at the pre-match Press Conference here this evening.

“We want to give something to the fans,” he said.

For the record, Myanmar have won the AFF title twice in 2004 and 2007 and will be looking to completing a hat-trick of victories this year.

Runners-up in 2011, 2012 and 2015, Myanmar however will have it tough against the likes of defending champions Thailand, Vietnam and the Australian Under-20 side. For the preliminary round, Myanmar are drawn in Group B with Australia Under-20, Malaysia and Timor Leste.

While Myanmar are aiming high, the Malaysian teams are here for exposure and experience.

“Malaysia are hosting the SEA Games next year and we want to get a head start in our preparations,” said Mohd Asyraaf Abdullah.

Like Malaysia, Australia are also using this tournament to prepare for the Asian event, said coach Craig Deans.

Thai coach, Spencer Justin Prior, meanwhile said: “We are looking for new challenges. For this tournament, we hope that the fans come out as they did when we played friendly here recently, it was a great atmosphere.”

Thailand are in Group A and have Vietnam, Singapore and Philippines for company. Vietnam Head of Delegation, Duong Vu Lam thanked the AFF for organising the tournament.

“These competitions are important for the development of Asean teams. Like all the teams here, we are hoping to be successful.”

Singapore coach Chen Cai Ying says this event would be a good gauge of their team’s strength and ability. “It’s a great opportunity for me to try the players. Last time we played (in the AFF Women’s Championship) was four years ago.”

As with previous AFF Women’s Championship, this year’s edition is expected to be just as thrilling as teams battle all the way in their quest for success.

All eyes however will be on reigning champs Thailand, Australia U20, Vietnam and Myanmar.

Thailand will take on the Philippines in the opening match tomorrow evening while Vietnam face Singapore in the other Group A match of the day.

Hosts Myanmar get their campaign off the ground on Tuesday against Timor Leste. Australia U20 will then battle Malaysia in the second Group B tie on the second day.