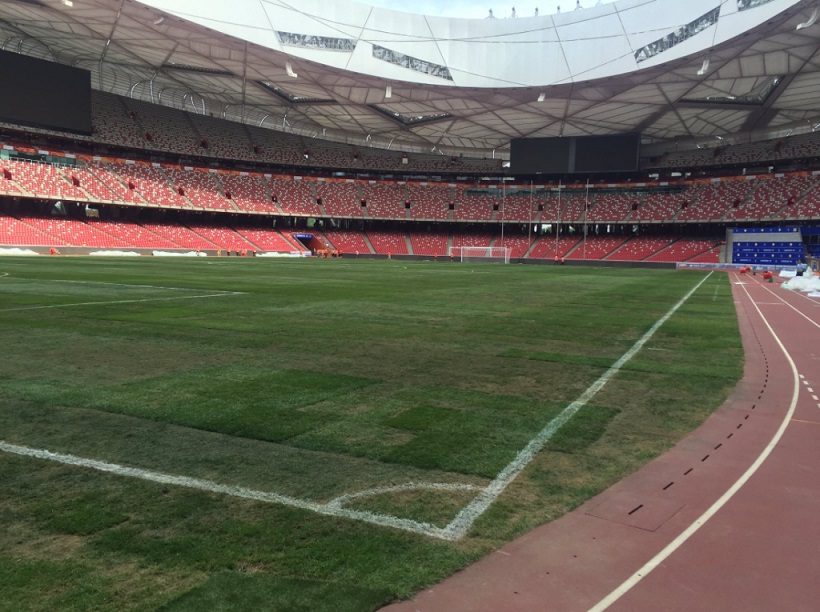 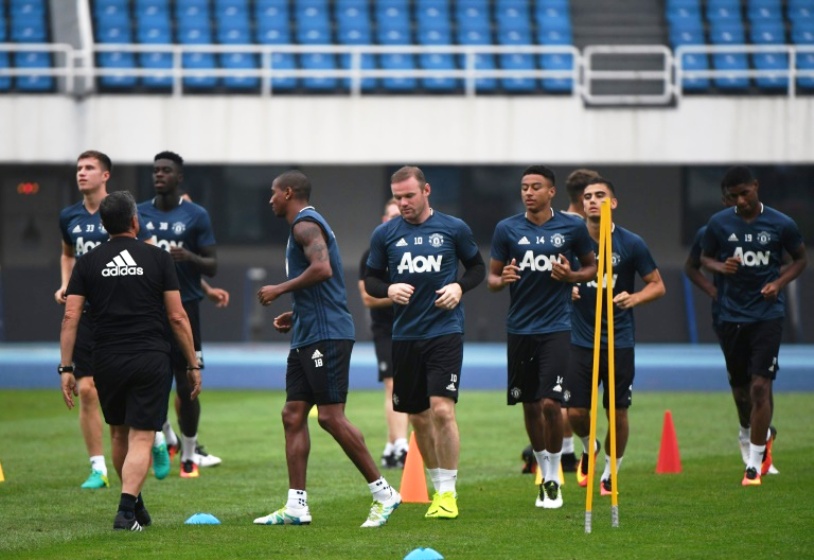 Manchester United’s showpiece pre-season derby against Manchester City was cancelled just hours before kick-off Monday because the Beijing pitch was “too dangerous” for players.

Manchester City captain Vincent Kompany said club staff had been working to get the game on after days of heavy rain in the Chinese capital, but had been defeated.

“We had our groundsman working for 10 days on the pitch, but the conditions were just too dangerous for the players,” said Kompany Monday on the club’s website.

“The rain has made it totally unsafe to play on this pitch,” added Manchester City CEO Ferran Soriano in a statement.

Organisers of the International Challenge Cup tournament, which also features Borussia Dortmund, confirmed the match had been called off on grounds of player safety.

“The committee and both teams make the decision together in the interest of player safety.”

Both managers, Jose Mourinho of United and Pep Guardiola of City, had told reporters they were worried after training was moved Sunday because of the state of the turf.

“The pitch and the conditions of my players are more important than results in pre-season,” Mourinho said. “It is almost the end and we can go home and train in conditions where the players are safe.”

Guardiola was blunt when asked what he wanted from the ill-fated match. “No injuries,” he replied.

The cancellation means fans will now have to wait until the English Premier League derby on September 10 for the bitter rivalry between Mourinho and Guardiola to be renewed.

Around 50,000 tickets had been sold at up to $200 for the clash and organisers said they would all be refunded, the match would not be rescheduled and no winner of the tournament could be declared.

Pockets of fans who arrived at the Bird’s Nest were disappointed to be turned away.

“I feel so sad,” said Ma Tao, wearing a United shirt. “I don’t think Man United will come back to China any time soon.”

Some fans then dashed off to team hotels still hoping to catch a glimpse of their heroes, while hawkers outside the ground packed up their unsold team shirts, scarves and memorabilia.

Another United fan, who said his name was Bruce, was angry because he had paid RMB1,000 for a ticket ($150) and believed the weather was not entirely to blame.

“I don’t think it was the weather. It’s just the field is not good,” he told AFP. “It’s embarrassing. Maybe somebody will be in trouble for this.”

The sorry scene followed a chaotic weekend in China for Mourinho’s new club after losing 4-1 to Borussia Dortmund Friday night in Shanghai in their opening, and now only, China tour match.

Half of United’s squad were on a plane which had to make a forced landing between Shanghai and Beijing on Saturday because of a violent storm in the capital.

Striker Memphis Depay tweeted a video of himself outside the plane in Tianjin, saying they were “lost in China”.

Sunday’s makeshift training venue struggled to cope with the hundreds of media.

Mourinho refused to attend a news conference in an overcrowded and stiflingly hot press room, instead holding a bizarre press chat amid a scrum on the running track where he struggled to be heard.

United will leave Beijing late on Monday as originally planned, while City will fly to the southern city of Shenzhen on Tuesday for Thursday’s game against Borussia Dortmund. – Agence France-Presse