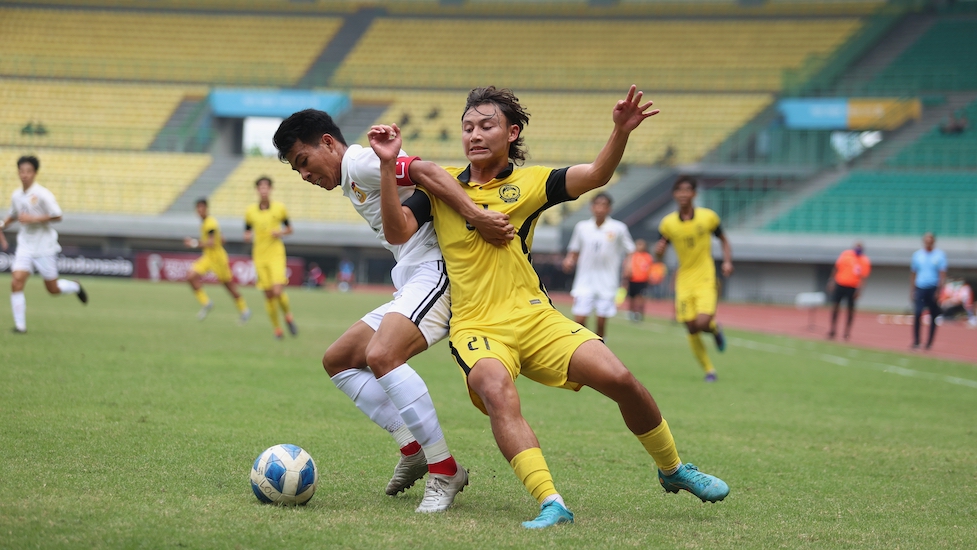 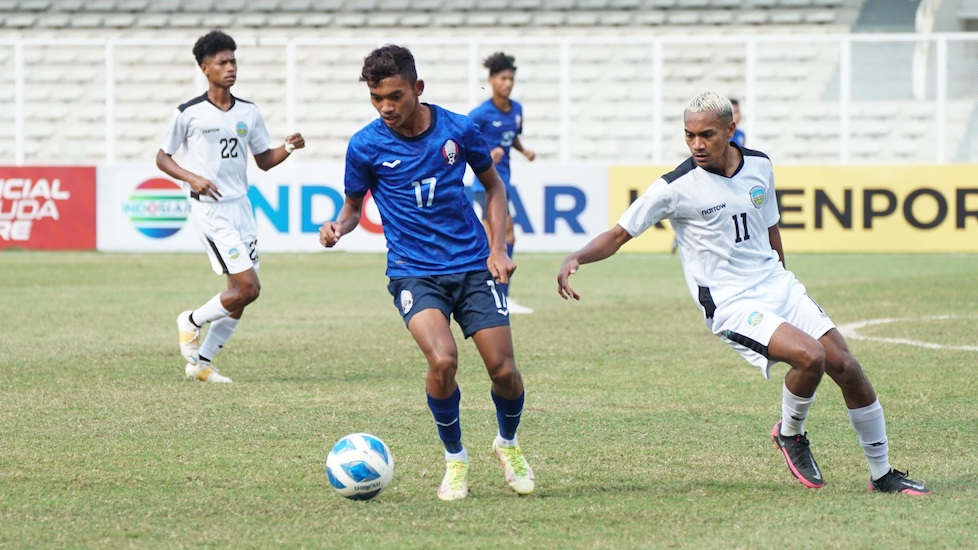 A second-half penalty gave Laos a close 1-0 win over Malaysia to confirm their win of Group B of the AFF Under-19 Boys Championship 2022.

With Laos taking the group, Malaysia had to settle for the second spot and where they will meet Thailand and Vietnam respectively in the crossover semifinals in two days.

“Both teams were fighting hard, had chances. But we were lucky at the end. We are very happy with the four games beating all four teams. It is good for Laos. Now we are hungry, we want more,” said Laos head coach Michael Weiss.

In the match that was played at the Patriot Stadium, the game did not actually take off up until the second half as both teams had already booked their place in the next round of the championship this year.

Laos were pressing for every ball to restrict the hard-running Muhammad Najmuddin Akmal as the Malaysians struggled to put a lid on Laos striker Athit Louanglath.

And in the 66thminute, Athit’s persistence saw him being fouled by Malaysian captain Muhammad Faiz Runnizar inside the box with the penalty converted by substitute Phoutthavong Sangvilay for the only goal of the game.

“Hope that we can bounce back from this defeat to take on Vietnam next. We made a mistake in this game even though we worked hard today. We created a lot of chances but we could not score,” said Malaysian head coach Hassan Sazali Waras.

In the meantime, Timor Leste finished third in Group B after beating Cambodia 4-1 in the match that was played at the Madya Stadium.

Olagar Xavier gave Timor Leste the lead in the 23rd minute before Zenivio Mota then doubled the advantage three minutes later for them to take a 2-0 lead at the half.

Luis Ribeiro then scored the first of his two goals in the 81st minute and then another in the 90th minute with Hav Soknet claiming Cambodia’s one and only goal in the 86th minute for the final score line. 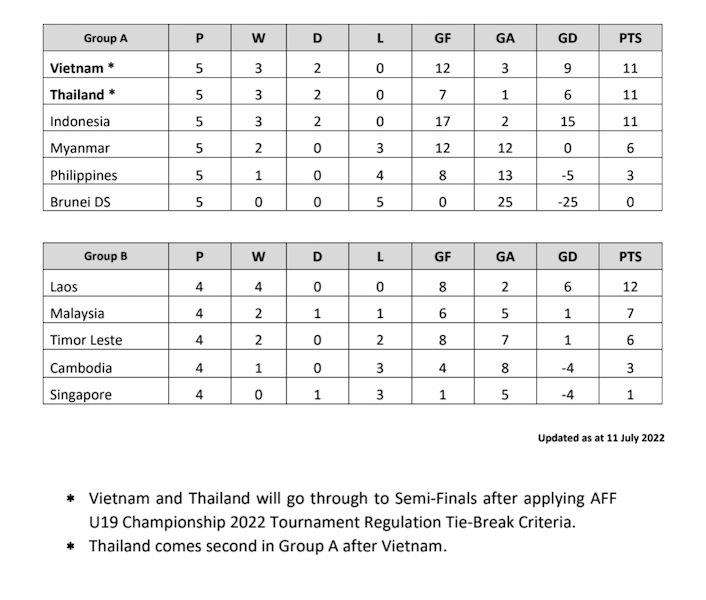