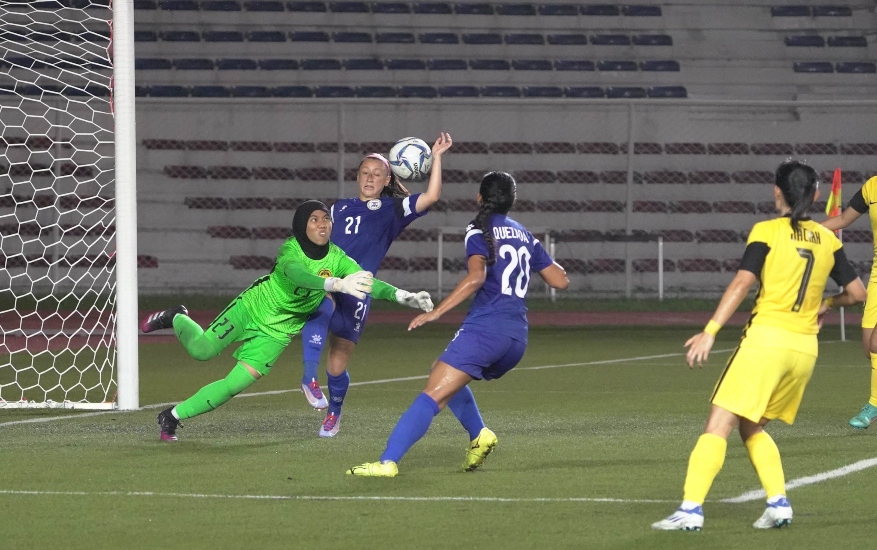 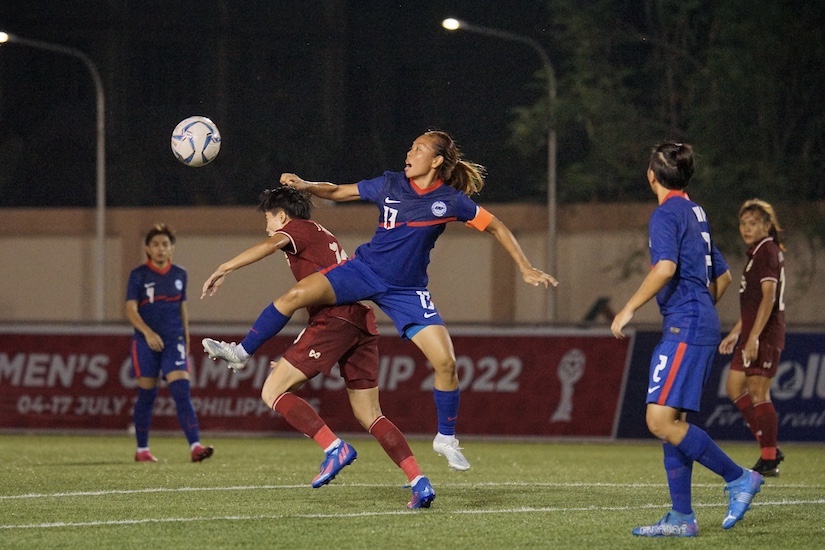 The Philippines came through with a clinical 4-0 lacing of Malaysia to fortify their grip at the top of Group A with their third consecutive win while inching closer to the semifinals of the AFF Women’s Championship at the Rizal Memorial Stadium.

After being unsuccessful in piercing the packed Malaysian defense in the early going, Sarah Eggesvik finally scored the breakthrough goal for the Filipinas with a 30-yard blast in the 23rd  minute that goalie Nurul Mazlan tried to parry twice before momentum carried the ball over the line.

Eggesvik, who scored her first national team goal in the hosts’ 7-0 blitz of Singapore last Wednesday, had her second consecutive marker after relieving Kaya Hawkinson, who suffered a nasty lump on her forehead after butting heads in mid-air early in the eighth minute.

Katrina Guillou made it a 2-0 lead for the hosts at the break, with a left-footed follow-up of skipper Tahnai Annis’s shot inside the box in the 43rd minute that was initially blocked by Nurul.

Displaying her creative side, Eggesvik used her pinpoint passes in setting up Quinley Quezada and substitute Anicka Castaneda with nifty headers in the second half for the Filipinas’ other pair of goals.

Getting a cross from the midfielder Quezada, the country’s leading goal scorer,  rammed in her header in the 47th minute for her 17th marker while Castaneda took another cross from Eggesvik from the left-wing, lobbing it over Nurul that virtually sealed the deal in the 72nd minute.

With their third straight shutout win, the Filipinas remained ahead with nine points over second-running Thailand, which blanked Singapore 3-0 at the Binan Stadium in Laguna, and was not too far behind with seven points with two wins and a draw. 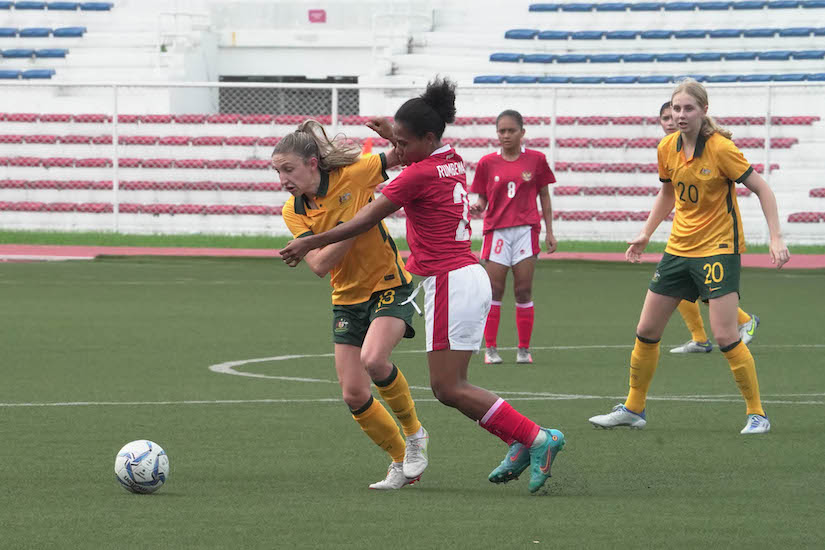 Earlier at the Rizal Stadium, Australia clobbered Indonesia 4-0  for their first win.

Needing not only a win but also plenty of goals, the Matildas had built a 4-0 halftime lead, with striker Amy Sayer running rampant past the Indonesian defenses in fashioning a hat-trick-plus-one in the 9th, 13th, 15th and 44th  minutes, respectively, but had none in the second half.

The wards of coach Melissa Andreatta were in third place with four points after drawing the Thais 2-2 two days ago and absorbing a stinging 0-1 loss to the host squad on opening day.

While happy with the victory, Filipina’s coach Alen Stajcic was mildly upset by the ultra-defensive stand of the Malaysians “who disrupted our rhythm with their stop-start play,” and declined to look far ahead of the competition.

“It’s a cliché but we are taking it one game at a time and not putting the cart before the horse (about making the semifinals),” said Stajcic at the prospect of becoming the first squad to advance to the semifinals assuming his charges beat Indonesia on Sunday.

For the second straight match, the Australian tactician shuffled his deck brilliantly in making eight changes from the starting lineup against Singapore, including goalkeeper Kiara Fontanilla, who made her tournament debut by taking over the net-minding chores from Inna Palacios.