Home 2022 AFFU19: Indonesia move to third as Vietnam and Thailand stay top of... 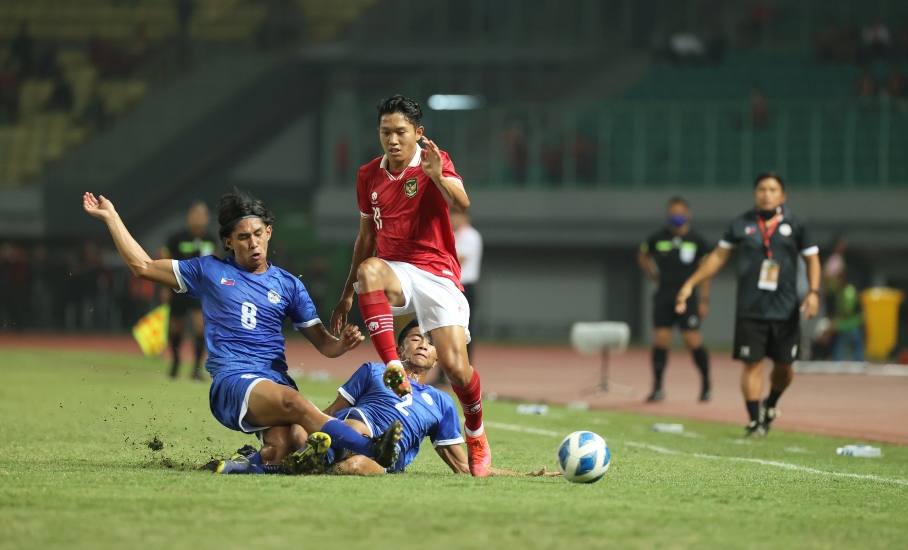 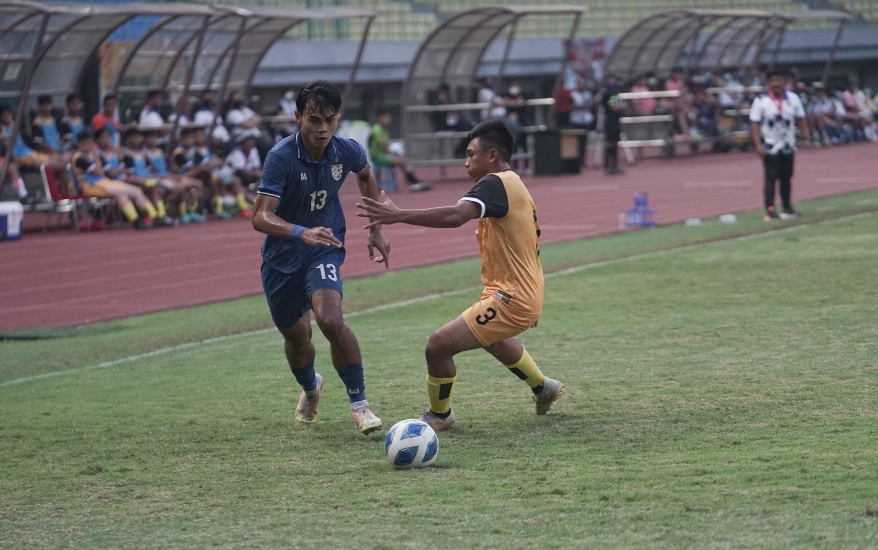 Host Indonesia moved up to third as Vietnam and Thailand stayed top at the end of the penultimate stage in Group A of the AFF Under-19 Boys Championship 2022 here in Jakarta.

At the Patriot Stadium, a penalty conversion from Rabbani Siddiq in the 14th minute after Subhan Fajri was felled inside the box by Philippines defender Jaime Rosquillo would set the tone for the rest of the match for a spirited Indonesian side.

Alfriyanto Saputro doubled the lead for Indonesia in the 27th when he made good on the through pass from Rabbani as the Philippines then pulled a goal back through Justin Chan Frias two minutes later.

Buoyed by more than 10,000 screaming fans, Indonesia made sure of the full points when Rabbani completed his hattrick – a 40th minute penalty and then a 50th minute header from a corner – to be followed by Razzaa Aziz’s 70th minute strike.

“We made a lot of changes today in anticipation of the last game (against Myanmar in two days). Now, everyone in the team have been given the chance to play. For that, I am appreciative of the commitment of all the players,” added Indonesia head coach Shin Tae-yong.

On the other hand, Thailand could not muster the firepower as they could only afford a close 2-0 win over a much-improved Brunei DS side.

A goal in each half through Kroekphon Arbram (45th minute) and then Winai Aimoat ( 60th) were all that Thailand could afford much to the disappointment of head coach Salvador Garcia.

“I have to congratulate the Brunei team as they performed well, especially the goalkeeper (Muhammad Riyan Aiman Jali). We did not do as well as we should. We were expecting more goals but we did not make good decisions,” said Salvador.

While Thailand were struggling, host Indonesia played perhaps their best game to date with a 5-1 demolition of the Philippines.