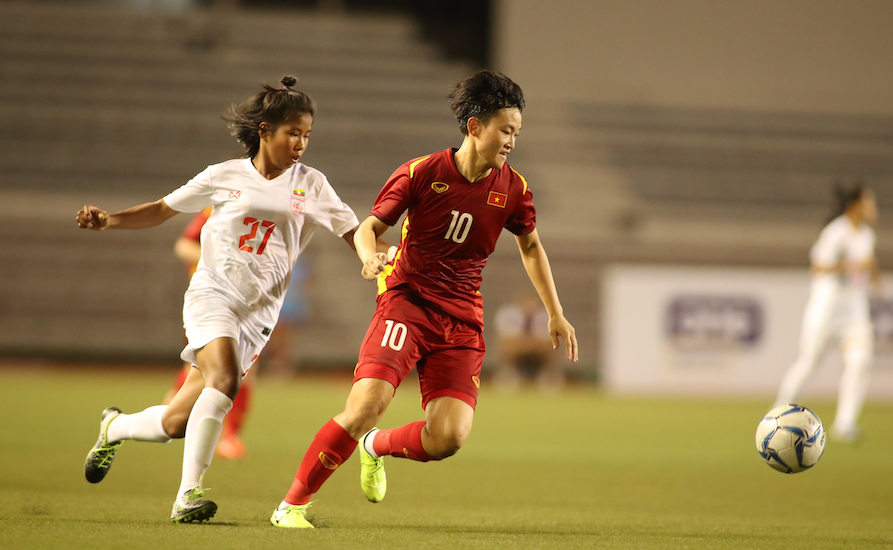 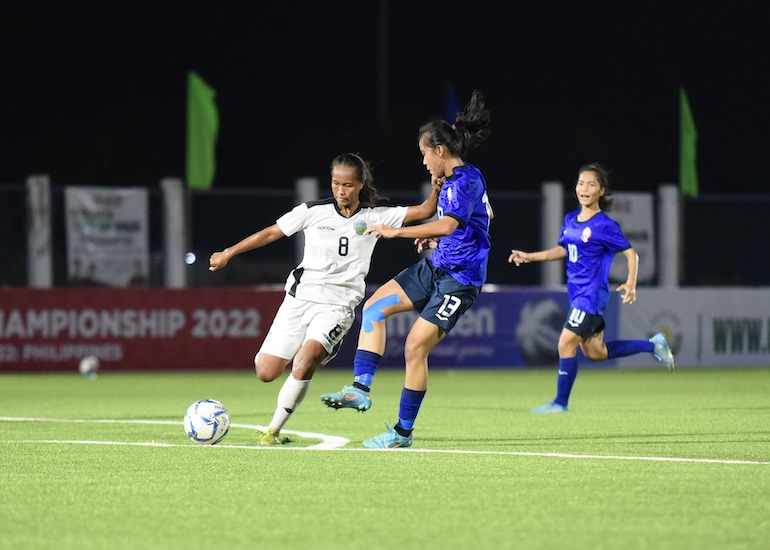 Defending champions Vietnam asserted their mastery over Myanmar 3-0 to top Group B of the AFF Women’s Championship 2022 at the Rizal Memorial Stadium last night.

The Vietnamese closed out preliminary play with their fourth straight win in a row –  good for 12 points – without conceding a single goal while dealing their cross-country rivals their first loss in four games to slide down into second place with nine points.

The charges of coach Mai Duc Chung take on the Filipinas, Group B runners-up, while Myanmar face Group A top-notcher Thailand in the crossover semifinals tomorrow.

At the post-match conference, Duc Chung showed no visible signs of worry in facing the hosts, although he was concerned over the short one-day break before going back to the pitch.

“There will also be the hometown crowd rallying behind the Philippines but we are prepared for any eventuality,” he said.

The Vietnamese wasted no time in putting their rivals on their heels as midfielder Nguyen Thi Thuyet Dung had a brace with a 15-yard volley from the right fringe of the box in the 16th minute plus a penalty kick 19 minutes later after being tackled from behind in the penalty area.

Skipper Huynh Nhu added the third marker on a breakaway in the 46th minute giving the Vietnamese a 3-0 halftime lead.

Egged on by a small group of animated fans, they could not make any headway in the second half until striker Pham Hai Yen scored a header in the 89th minute putting an exclamation point to the match.

Over at the Imus Stadium in Cavite, Cambodia subdued Timor Leste 3-1 for their first win in salvaging third place with four points counting their two draws and an earlier defeat.

Although they also had four points, Laos slid to fourth place due to  Cambodia’s slightly better goal difference of -4 to the latter’s -5.